The Long Road to Blessed

Keep Putting One Foot in Front of the Other 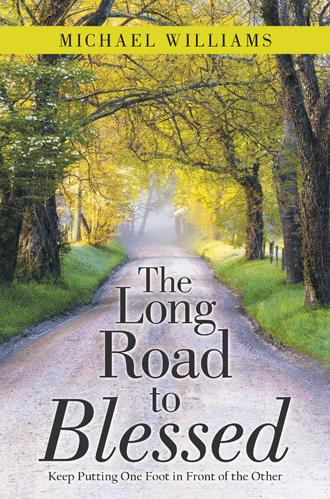 There was a going away dinner at a local restaurant for one of our friends. Neither of us felt like going anywhere that night but this was a long time friend and we wanted to be there for her. We thought it might make the night more fun if we rode my motorcycle into town. I loved riding the bike and having Marie with me made it even better. We left the restaurant after dinner and it was a beautiful August night. The temperature was perfect for a bike ride. As we headed toward home, I slowed down at our turn and then decided to go past it and ride a little longer and enjoy the nice weather. I turned off my turn signal and picked my speed back up to the speed limit. Marie gave me an approving tap on my leg that told me she was game for a ride too. It was about 9:30pm and the sun hadn't been down long. As we rode along, I saw three sets of headlights in the oncoming lane. One of the sets of headlights came into our lane and headed right at us. My eyes darted right and left looking for a way out as I thought "Oh God No!" I put my foot to the brake but they never had time to engage. By the time I finished the thought "oh God no," we had already been struck head on by the oncoming minivan. I saw a flash of light and heard a ringing in my head as I felt like I was floating for several seconds. I kept waiting to feel myself hit the ground but I never did. I woke up face down on the pavement.

At first I didn't feel anything so I tried to get up and look for Marie. When I tried to get up I couldn't and it sent extreme pain all through my body. It was the worst torment I have ever felt, in every single part of my body, all at the same time. There have not been words invented that describe what this wretchedness felt like. I had hit face first into the windshield and I was not wearing a helmet. I couldn't see anything but shapes moving around because my eyes were so blurry. I'm not sure if it was from the damage or all the blood on my face. I could taste the blood and gravel in my mouth and I could hear the driver of the other vehicle saying frantically that he didn't see us. I started screaming for help. I cried out "God please help us!" I tried getting up again but my body wouldn't work right and I felt like every part of me was broken. After a couple minutes I heard a familiar voice. "Help is on the way." He was a police officer and our sons had played sports together. It calmed me down for a few seconds to know that someone we knew was there. I responded "How's Marie?" He said, "Marie's here too!?" I said "yes find her!" She had been catapulted over the vehicle onto the side of the road. As he walked away to find Marie I started to panic. I kept trying to get up and go to her. I had to know she was ok, no matter what it took to get there. When I couldn't, I screamed out in pain and kept asking if she was ok. Some of the people who were on the scene later told me that they had a hard time getting me to calm down and lay still. They said, they couldn't stop me from trying to go to Marie. Someone finally walked up and said "We found her... she's in better shape than you are." Considering I was awake and talking, I figured maybe she was ok. I had no idea how severely injured I actually was.

Keep Putting One Foot in Front of the Other

Have you ever felt like giving up? Many of us experience struggle, pain, and loss, and it can be hard to know what to do next. Yet when we are confronted with obstacles or hardship, God is there with us and will provide us with a way forward. We must simply take the first step.

In The Long Road to Blessed, author Michael Williams shares the unbelievable roller coaster of events that shaped his life. While struggling to find his place in a confusing world, he made many mistakes and suffered many losses. Yet he overcome tremendous adversity to raise his family in a better way than he was taught.

Even in our most difficult moments, God is there for us, and he often uses what we have been through to help others learn from our experiences. Hardships can break us if we allow it, but when we find something positive and rewarding to invest our time into, we can have faith and the determination to stay true to ourselves and to the plan that God has set out in our lives. Every great journey begins with one step forward.

Michael Williams started from poverty and understands how evil this world can be. He has also seen the incredible good that can come when people are willing to give each other a chance and lend a helping hand. His story is one that he hopes will inspire others to keep marching forward, no matter the odds--to keep putting one foot in front of the other to reach their goals.