Confessions of a Cyber Girl 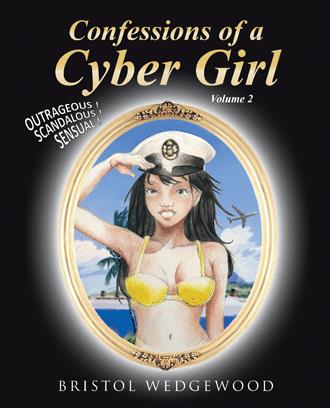 Alas, Vantessa learns the hard way that cyber-sex has its own unique set of consequences. Like having a fish on the hook, Trystan refuses to connect with her for days at a time. He enjoys the effect his silent treatment has on her. She becomes ever more anxious to “cyber” with her new 19 – year old Master, Trystan – a man she has up until now, never met face-to-face. Soon, all her free time is devoted to this new cyber-relationship with Trystan. Night after night she remains a willing captive of his games until HE decides she may leave to turn in for the evening. She obeys her master in ritualistic fashion. The tingling sensation starts deep inside the pit of her belly each time she logs in. Eager to meet him or one of his lusty compatriots. Vantessa's nocturnal urges inevitably collide with her vanilla lifestyle. One game always leads to another. For his part, Trystan is thrilled to have a smoking hot babe like Vantessa under his direct control. She was a lucky find and the kind of women he liked. She usually offered token resistance, but eventually obeyed his every desire. The games they play became increasingly more daring and risky for Vantessa. Her vanilla lifestyle and her fantasy world were about to collide head on. 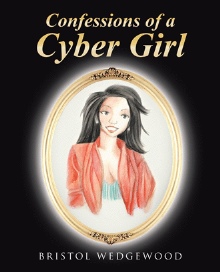 Vantessa's sexual awakening was sudden and strong, so when she starts a cyber relationship with Trystan, she's anything but shy. For his part, Trystan is thrilled to have a smoking hot babe like Vantessa under his remote control. They're lucky they found chemistry as the games they play become increasingly more daring when Trystan insists Vantessa dance in front of her webcam.

Soon, Vantessa is hooked. She feels sexually buzzed by this new cyber thing. Trystan does more than just virtually dip into her bed; he dips into her mind. Falling headlong into a submissive twilight world, Vantessa becomes hopelessly attracted to Trystan's diabolical kinks. Surprised that she adheres to his every request, she's even more surprised that she enjoys it.

One evening, everything changes when an unfamiliar acronym pops up on her screen: "LMIRL." Trystan isn't asking a question. He wants to meet Vantessa in real life, but she's terrified of what might happen. Could their relationship crumble or soar to even greater sexual heights? Does she dare to meet her online guy? She couldn't possibly refuse.

Bristol Wedgewood is the emerging author of the Confessions of a Cyber Girl Series. An artist and intrepid traveler, she continues to write and draw images of her deepest sexual fantasies. This is her second novel.