A life in the movies 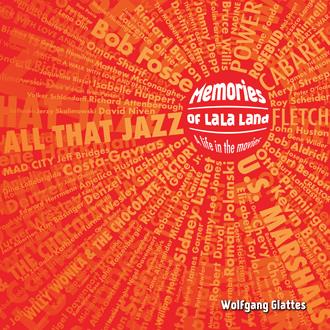 Mylife, at times, has felt like a movie. A little Forrest Gump and a little Zelig. A series of happy accidents, adventures—and misadventures—that took me from a childhood coming of age in wartime Germany, to the hills of Los Angeles—La La Land as I affectionately call this place—with a lot of unexpected stops along the way. Like Gump and Zelig, I had an uncanny knack for being in the right place at the wrong time—and at the wrong place at the right time—and every other permutation of that equation—to be an unlikely fly on the wall. An eyewitness to history, both real and cinematic. From the notorious 1972 Munich Olympics…to the antics of Liz and Dick on the streets of Rome. From the sublime…to the absurd. Along the way, I had the remarkable good fortune to learn from and work alongside of some true cinematic masters: my late friend Bob Fosse, John Huston, Sidney Lumet, Costa-Gavras, Otto Preminger, Robert Benton, Robert Aldrich, Robert Mitchum, Robert Redford (the Mount Rushmore of Roberts), Dustin Hoffman and Meryl Streep, to name-drop just a few of the people you’ll encounter in the following pages.

One of the great joys of working in the movie business is, of course, the stories you take away from every film you work on. They make great dinner conversation. Over the years, a lot of people have asked me to write down some of these stories. I decided this was the time to do it—while I still remember most of them. To do this, I sat down and rewatched every movie I ever worked on: over 40 movies spanning 50 years (two numbers I find hard to fathom).

I discovered there was a handful of movies I’d never even seen; they were released while I was busy working on my next movie, so I was literally seeing some of them for the first time. Others I’d completely forgotten. Some of the films, I was pleased to discover, truly withstood the test of time: they were as fresh decades later as when I was standing on the set making them. Others brought back miserable, painful memories—often funny in hindsight—of movies I couldn’t wait to be over. Strangely, when working on a film, you have absolutely no way of knowing if it’ll be a masterpiece or a complete dud. Willy Wonka is a good case in point: a story of childhood wonder and enchantment, it wasn’t at all “fun”—or the least bit enchanting—to work on, but it turned into an unexpected classic. The same holds true for All That Jazz, Bob Fosse’s personal heart of darkness, a song-and-dance Apocalypse Now. That movie almost didn’t happen and nearly got shut down in the middle of production, but it went on to earn nine Oscar nominations and, like Cabaret (my first collaboration with Fosse), reinvented the movie musical.

That’s how it is with most movies, hit or miss. A mysterious creative process, usually involving hundreds of people. In truth, making a movie can often be hours of grinding tedium—waiting for a set to be lit or an actor to show up—interrupted by moments of high drama and magic when it all just works. While the stress of working on All That Jazz may have shaved a few weeks off my life, it was worth it. I will always be enormously proud to have my name on that movie.

At this point I have to mention entertainment lawyer Stephen Warren, whom I met quite a few years ago when I was working for TRISTAR. Stephen has been doing all my contracts ever since and also became a wonderful friend. As they say in this business “I couldn’t have done it without him.”

Some people think of La La Land as a pejorative, a place lacking substance and gravity, and while they may not be entirely wrong—there’s more than enough hot air and pretension in Hollywood to go around—for me it was always a place of dreams.

I was lucky, I found mine here. I built a wonderful, and at times, enchanted life here. So what follows are some of the stories I remember, my affectionate Memories of La La Land.

A book such as this doesn’t get written on its own. Digging up these memories, and putting them on paper, while fun and nostalgic, was among the hardest things I have ever done. I would like to thank my collaborators: Raphael Bittencourt for his wonderful and talented graphic design. My dear friend Peter Larkin, the brilliant production designer (about whom you will read more), for his inspired, lyrical sketches that begin each chapter. And to my lifelong friend and colleague, Tony Gittelson, whom I met as a young man of eighteen on his way to college; Tony was one of my “protégés” on the summer “film school” Otto Preminger made me the unofficial dean of while filming Rosebud (more on that epic misadventure in chapter 10). He turned out to be one of my more successful “graduates”: before embarking on his own career as an assistant director and writer, Tony was my trusted second assistant director on many movies. We share many wonderful memories together. I am indebted to him for helping me shape and edit this book—and helping me remember what I forgot.

Above all, I want to thank my life collaborator, my beautiful and talented wife, Kathryn, with whom I was fortunate to share all of these treasured memories.

I hope you will enjoy reading these memories as much as I enjoyed creating them.

“Encouraged by his peers who loved his tales of Hollywood, Wolfgang Glattes has written a book telling colorful stories from working in the film industry. In his fun-filled debut book ”Memories of La La Land: A life in the movies” ( published by Archway Press), he delivers an intimate insider account of the 40-plus feature films he’s worked on.”

Wolfgang Glattes was born on the North Coast of Germany just before World War II. He went to school and graduated in Essen, before moving to Munich at age 19 to study architecture at Munich Technical University. He studied industrial design in Stockholm and Paris, but it was the movie business that brought the turning point in Glattes’s career.

He found himself working as third assistant director on the film “Jack of Diamonds” when he returned to Munich. He made a quick leap up the ladder, by the end of the film he was first assistant director. From then on he worked steadily on American productions in Europe, including the original “Willy Wonka and the Chocolate Factory” and Bob Fosse’s spectacular musical film “Cabaret”, where he met his future wife, Fosse’s Assistant Choreographer Kathryn Doby. He moved to New York in 1976 and then to Los Angeles in 1979.

Wolfgang Glattes worked on over 40 feature films in his over 40 years in the film industry. He was producer on “U.S. Marshals”, “Power” and “All That Jazz”, amongst others.

Wolfgang is an active member of the Academy of Motion Picture Arts and Sciences and still lives in Los Angeles with his wife Kathryn.