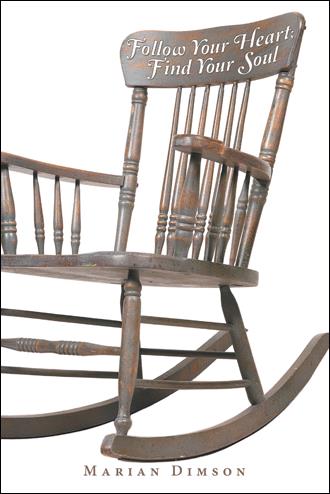 He followed his father silently up the wide staircase that was the focal point in the grand entryway. The century home held all its original charm with carved banisters, wide wood trim all stained to match the floor framing each room with style and elegance, decorated with a mix of antiques and modern furniture. His stepmother was proud of her accomplishment, that accomplishment being choosing the right decorator. At the top of the stairs, his father led the way to the center of the hall, then reached up and opened a door on the ceiling, pulling down a staircase, squeaking with age. Alex had no memory of ever going into the attic, and he couldn’t help squashing the tension he felt with a bit of humor.
“Are you planning on locking me in the attic for bad behavior?” he asked.
His father glanced back with a smirk. Bewildered, he followed his father through the narrow door, into a dusty room, the only light coming in through a small round window. He stood blinking to adjust to the change in light, and to clear the fog in his mind as his eyes gazed upon paintings hanging on the wall, paintings sitting on the floor leaning against the wall. His father flipped the wall switch, lighting the room. Alex took another step inside the room which was an art gallery of its own kind, the paintings were muddled together, on the floor nudged against each other. Everything was covered in a layer of dust, alone and forgotten.
“These are your mother’s. She was quite the artist. Her true love.” He smiled softly, remembering.
“I had no idea.” Alex turned towards his father, so stunned his body didn’t breathe.
“You were only six when she died. I’m sure there’s a lot you don’t remember.” He turned to look at the paintings himself. “What was I to do with all of this? I couldn’t get rid of it.”
“I’m so glad you didn’t.”
“I’m going to leave you alone with this for a while. Let you get reacquainted.” His father said dropping his gaze to the floor, understanding it had been a mistake to hide this from his son. He turned and left the room wanting to apologize and explain.
Alex sat down on the floor surrounded by the work of his mother, familiar scenery of the cottage, their home, and there he was in each painting. A baby sleeping in a pram, a toddler kneeling in the sand. There he was at five, after catching his first fish, standing by the boat, proudly smiling. Alex remembered this exact image in a photograph displayed in his bedroom, next to the photograph of his mother that he looked at every day through the years, not wanting to forget what she looked like, fearing he might lose the sound of her voice.
His heart melted, and he missed her, remembering the love, how happy she was, always smiling, and he realized the last year of her life she was so ill. That’s what he remembered the most through the years was that last final year, the last few months more than anything when she would be laying on the sofa or lying in bed, and when she did get up he remembered how frail she was. So pale. She would still smile, but it wasn’t the same.
Looking at the paintings, he felt as though he understood something about her that he never thought of before, and he wondered why he forgot those times when she would be out in the yard, or at the cottage, or at the beach, always with a sketch pad in her hand, or standing at an easel painting. He remembered one moment now, at the cottage when she was standing at her easel holding the pallet in her left arm, a big sun hat on her head, and she looked at him with a huge smile. He turned scanning the room looking for the painting that she must have been doing that day and found it. The wooden dock at the lake, their canoe tied up at the dock, and there he was standing at the end of the dock with a fishing rod in his hand. Alex had the mesmerizing feeling of now understanding so much about his mother. The things he had forgotten about were the most important things in her life.
Alex sat with each painting, his eyes following the brush strokes, looking at the way she utilized dabs of white and grey where the water rippled over itself in little waves giving the crest a silvery glimmer, and in another painting, she used faint streaks of a dulled green and grey over the water turning it into a sheet of glass. As he looked at each painting he tried to remember seeing her at the easel, sometimes he could remember, and some of them it was impossible seeing his infant or toddler self-painted into the scene.
He smiled enjoying this special time reminiscing and learning about her, and about himself, about why he loved and respected his father though they often seemed worlds apart. He tried to be everything his father wanted of him, and he turned his head towards the door, sadly reconciling that was an impossible feat. He would never become a top lawyer like his father. He knew he could learn it, but it wasn’t within him to dedicate to it the way his father did. Sitting in this room with the remnants of his mother’s life, her dream, he now understood he was his mother’s son. Standing side by side with his father, he looked like the younger version, a twin but twenty-five years later, and yet everything about what he loved as a person, everything within, seemed a replica of his mother. Everything in his life now seemed to have balance.

In search of a bright future as an interior decorator, Mary moves to Toronto and finds work as a live-in housekeeper for the affluent Hamilton family—but all is not well in Mary’s new home. Katherine Hamilton, a psychiatrist, leans on her education to help heal following the death of her daughter. Desperate to put herself back together, Katherine seeks affections outside her marriage.

Alex is a young man destined to run the family business. For generations, his kin have practiced law, but Alex wants to be an artist. When he decides to pursue his dream, he expects his father to be disappointed; instead, he shows Alex his mother’s art, hidden in the attic, and Alex is reintroduced to the beloved woman he lost.

Mary and Alex’s paths cross, and they find love and comfort in one another. Still, life has a way of interrupting the peace. Katherine’s affair is discovered, and she must find a way to put both herself and her marriage back together. Mary witnesses this as an observer as she faces her own challenges in loving Alex. A moment in a cemetery gives Mary a glimpse into her past life, which changes everything as past becomes future and the separate lives of once broken strangers meld into destiny.

Marian Dimson was inspired as a teenager by Agatha Christie’s mystery novels. She later wrote her first manuscript based on the television series Adam 12. She eventually studied mystery and learned to create interesting stories and characters. Marian currently lives in Georgetown, Ontario.