The Making of a Servant 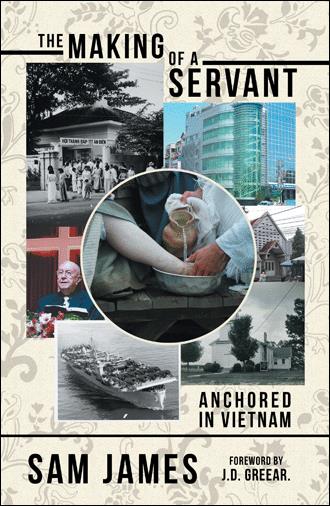 "I have always believed if you could take the Christian faith, put it in a pot on the stove, and boil away all the excess, what you would have left in its purest essence would be love. That purest essence of the Christian faith is God’s unconditional love. I realized I no longer possessed that kind of love. I wondered if it had ever really been there. At any rate, it was gone. I had allowed the circumstances of life to destroy it.
I went to bed but couldn’t sleep. After tossing and turning for hours, I went into our living room, knelt down, and began to pour out my heart to the Lord. I confessed my lack of love for the very people to whom I was divinely called to be God’s servant. I confessed disappointment in myself because I allowed the negative events of life to take away my love for the people.
During my prayer, I realized I had a big decision to make. I had failed as a missionary. I had failed as a true servant of the Lord. How could I stay on the mission field if I did not have the very essence of the Christian faith I was offering to others? I decided the best thing for me to do was to begin the process of packing up our few remaining belongings and return to the States. "I am through as a missionary,” I thought. No matter how much I tried to go back to bed, the Lord would not let me go. I struggled in prayer all night.
Sometime in the wee hours of the morning, God spoke to me. There are times when our backs are completely against the wall, and our strength is gone. That is when God steps in and intervenes. I have no doubt that God Himself intervened in my life in that moment of total defeat. His words welled up in my heart. They penetrated my consciousness with unmistakable clarity. It was a feeling of absolute oneness and intimacy with God.
“My son, you are not in Vietnam because you love the Vietnamese people. You are here because I love them, and I want to love them through you.”
God loves all the people of the world, including Vietnamese people, and has even from the foundation of the world. Throughout history, God has been in the process of communicating that love. He communicated His love by becoming flesh and blood in Jesus Christ, dying on the cross, being raised again from the dead, and dwelling in us. Now we are the channel by which God wants to communicate His love. Among Jesus’ last words to His disciples uttered in the upper room following his resurrection was, “Peace be with you. As the Father has sent me, I am sending you…” (John 20:21) (NIV)
We often confuse our human love with His eternal love. Human love is so fragile. One word can destroy human love. One gesture or facial expression can take away our human love. But God’s love is eternal. Nothing can separate us from the love of God. God’s love knows no condition. His love is freely given.
When I received my divine call to go to Vietnam, I did not know one Vietnamese person. I did not know one word in the Vietnamese language. I knew nothing of the people of Vietnam, their customs, their culture. I only knew that God was calling me there. How could I love them when I did not even know them? Why did God choose Rachel and me to go there to those people? Now I know that God had something of ultimate importance that He wanted to communicate to them through our lives.
I gave my life to the Lord to be used by Him. For a long time in Vietnam my love for the people seemed to grow. My interest and absorption into the life of the people and their culture was exciting. I was excited to learn their language. I enjoyed their food. My commitment to them was unquestionable. Humanly speaking, I really loved them. But human love is too fragile to weather the tests and trials of cross-cultural living. I have no doubt that God Himself called me and engendered in me the interest and love for the Vietnamese people. Why? Because He needed someone to go to them and embody His great love for them and to communicate His desire that they be saved. The problem was that I saw that call as my call more than His call to me. I saw that love as my love, not His love. I was trying to fulfill a divine calling in my own human power, not His power.
I went to Vietnam as a Christian and a missionary because the Vietnamese people are lost without Christ. They deserve the opportunity to know Jesus and to be saved. I have no right to expect them to live their lives and conduct themselves as Christians,At times they rob or act as though they have little care or concern for even their own people, I have no right to become angry and condemn them. This kind of behavior is the very reason God placed me in their midst to show them a better way and a more eternal way.
Why would I cease to be a Christian simply because people act less than Christian? Why should I cease my missionary calling simply because the people act like people who do not know Jesus? My very purpose in life is to help them know Christ and have a new life in Him!
I would have to be emptied of myself, my own strength, my own love or lack of it, and then filled to overflowing with His power, His eternal love, and the very presence of God Himself.

What causes a family to decide to leave their familiar surroundings of home and move to a foreign country where they know no language, no customs, no culture, and have no acquaintances among the people of that country? What is it like as a servant of God to live in the midst of a vicious war that erupts anywhere, anytime, without warning? What happens when one faces sudden death three times and experiences the peace of absolute trust in God and total obedience to him? The lessons learned, the shaping of character through the stresses of life, experiencing the process of being molded into a servant of the Lord is what this book is all about. Such experiences are at times painful, yet exhilarating, meaningful and filled with peace and joy because we are in the center of his will. God gives us our “being” and leads us in our “becoming.” The greatest peace is when we discover who God wants us to be, and we are engaged in doing what he leads us to do! This is an on-going process.

Sam James for 54 years has served with the International Mission Board in Southeast Asia, East Asia, Europe, the Middle East and North Africa. He has been a church planter, administrator, trainer, and missionary statesman in troubled areas. He has been a speaker for retreats and conferences for multiple mission organizations in 115 countries. Sam and Rachel are parents of four children, two of whom have served on the mission field. His master of theology degree is in New Testament Interpretation and his doctoral degree is in Pastoral Care and Counseling. His family lived and served in Vietnam during the entire war, 1962-1975. He served extensively in Vietnam from1991-2017, and worked in all the countries of East Asia, Europe, the Middle East and North Africa.