Civil Disobedience and Philosophy in Films, Politics, and Government 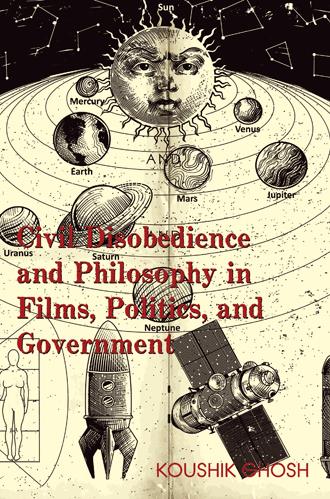 In Henry David Thoreau’s 1849 essay titled Civil Disobedience, Thoreau says that individuals should not think of their government as all ruling and unchangeable. The individual should instead look at their governments thinking of what they are doing right and wrong. Thoreau became a tax dissenter as part of his civil disobedience protest against slavery and the Mexican-American War.

The essay opens with Thoreau saying “I heartily accept the motto, ‘That government is best which governs least”, and that men when deserving of it will have a government that does not govern at all. It is like saying that men need government because they do not know how to rule themselves. And so governments are lousy, because men are lousy. Thoreau says governments are both expedient and inexpedient at times. We might be unhappy with the government choosing to be improper and immoral because of convenience and practicality. But would find governments choosing to be inexpedient, to be some kind of abomination. Similar to how Thoreau felt war and slavery was an abomination.

By the end of the first paragraph, Thoreau makes the point that if the people had been consulted on the Mexican war, they would have chosen not to go to war. And that the government is most likely to abuse its power over the people first, “before the people can act through it.” In the second paragraph Thoreau says that American government is on a decline of slowly losing integrity, not having spirit, energy and passion similar to how a man does. Because a man can change to his will, while a government cannot and refuses to do so. Men would be happiest, when they were being the least governed, when they were left alone to live and work how they chose.

Thoreau addresses a problem with “majority rule” in government, he says that the majority rules because they are strongest and not because they are the most fair. Thoreau instead wants to replace physical strength with conscience in majority rule. I like that Thoreau makes the appeal to the majority to think about conscience instead of strength. But there is a few problems Thoreau has not addressed, first governments will always need strength, because there will always be those that oppose government, no matter if they were right or wrong. I think a more important point might be that the majority try to work with the people on how to be a better government for them. I really like when Thoreau says that “It is not desirable to cultivate a respect for the law, so much as for the right.” I think that people often think of the law first and think that it all ends there. Because men respect the law first, they judge everything according to the law, and not their own conscience or individuality. They think of themselves and others as subjects, when we should think of ourselves as men first. Thoreau opens a possibility of a corporation of conscientious men, while most are used to thinking of corporation’s as having no conscience.

Thoreau’s essay on studying and critiquing the American government takes a strong interest in its standing army as the enforcer and protector of its laws. He again looks at the problem of majority rule over individuality, when he says in the fifth paragraph that the army men serve the State not as men but as machines, and with their bodies. These men are manufactured by the government as wooden men, they hardly ever exercise their judgment or moral sense. These men do not earn respect because they are more wood than they are men, they serve the devil without intending it as God. A wise man and high-born person should never allow themselves to be propertied like that says Thoreau.

Someone who gives himself entirely to his fellow men appears to them useless and selfish. Meaning that someone who did this is a follower, does not know how to lead or cooperate with others at all, is of little use and is most likely made to do some lowly work of cleaning or other menial work. While someone who gave themselves partially, is open to communication, cooperation and working on how things could be done. Such a person is useful because they could learn, help and build growth for an enterprise.

Thoreau asks about the person that does not support their government the right way and asks about the opinion they hold. By asking “Is there any enjoyment in it, if his opinion is that he is aggrieved?” About a person who no longer trusts others, because he was once cheated. This man cannot be happy with the opinion that he holds and wants to change others to hold the same opinion he does. And such an act does nothing but divide the state, the church, families, individuals at the same time separating him from the divine in him and sending him towards the diabolical.

And this for Thoreau is how unjust laws come to exist. And it is these type of laws that crucified Christ, excommunicated Copernicus and Luther, and pronounces Washington and Franklin rebels. Thoreau talks against cynics by saying that if one held on to injustice as a necessary part of the friction of the government as a working machine, to let go of this, so that the machine can run smoothly. We return to the idea of a wooden man being inferior to a thinking man, when Thoreau says that the goal is to wear out the machine so it will stop. Once the machine stops, that is perhaps when we can start having a more personal and humanist government. And even though Thoreau is against breaking the law, he says that even if you have to turn to agents of injustice, then do so with the purpose of stopping the machine.

Thoreau goes on to say that men should free their slaves, and to do the jail time as protest. And that under a government that imprisons unjustly, the true place for a just man is also prison. Another problem in majority rule governments can be seen when Thoreau says that the more money someone has the less virtue they will have. Such a person became wealthy from supporting an immoral government. His wealth and power is reflected in how he is superficial and without virtue as a man. The man of virtue should then be a man who carried out the ideas and schemes that he held while he was poor. The virtuous man chose to make money out of things he believed was right and moral; while the man without virtue was an opportunist and thought about himself and his wealth first. He cared little or less about what was right and wrong, and consoled himself by saying there was nothing he could do and that this is how the world was.

Civil Disobedience and Philosophy in Films, Politics, and Government explores the nature of this form of dissent, where people decide to go against the law and its authorities and make for themselves the goal of achieving change while earning respect and creating a better work environment. Author Koushik Ghosh looks at film, philosophy, literature, politics, and government for examples of civil disobedience, showing a variety of ways to understand how justice works—and how justice breaks down.

Film, philosophy, literature, and politics are all vehicles for learning more about civil disobedience and what it means in our search for truth and justice. It is a way to effect change in our communities, in our societies, and in the world at large. Understanding its purpose and its power can help all of us build a better life for ourselves and others.

Koushik Ghosh holds a Master’s degree in Cinema Studies from New York University, a Master’s in Ministry from Northwest University and a double Bachelor’s degree in Jewish Studies and Philosophy. With a strong background in the liberal arts and sciences, Koushik wishes to take complicated subjects and add a personal and scholarly touch, in hopes of engaging readers of all levels and backgrounds—including readers completely unfamiliar with topics in religion, philosophy, literature, and film.