Never Pleasing to the World

A Man and His Slaves 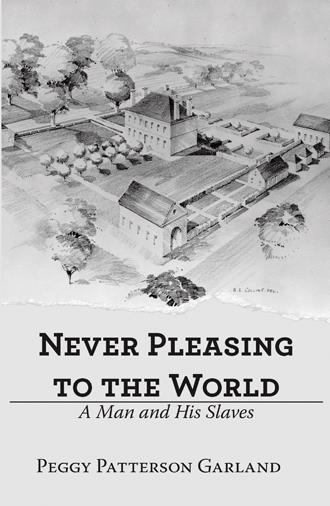 Born into the richest planter family in the Northern Neck, Robert Carter III is destined to be a gentleman farmer, a slaveholder, a leader in the church, the militia, the court and the government—and he is. But something happens along the way. The Enlightenment, the Revolution, the people he encounters, black and white, and his own unique sense of what is just drives him finally to chart new territory for his time, and ultimately leads him to make a decision that shocks and alienates his class and his family and changes forever the lives of over 500 people.

Born into the richest planter family in the Northern Neck of Virginia, Robert Carter III’s life is anything but typical. A neighbor of George Washington and the Lees of Stratford Hall, Carter is destined to be a gentleman farmer, slaveholder, and leader in the church, militia, court, and government. Carter has no idea that one day he will rebel against everything he is taught.

While growing up, he spends time with his best friend and personal slave, Sam Harrison, who provides him with a first-hand look into his less than ideal life. After Carter comes of age, he escapes to London where he encounters the Enlightenment. At age twenty-three, he returns home to take over his eighteen plantations and live a productive life. But as a chain of events drives him to chart new territory for his time, Carter is ultimately led to make a decision that shocks and alienates his class and his family and forever changes the lives of over five hundred people.

Never Pleasing to the World is the story of how a child of privilege, influenced by slaves long before the Civil War, creates a community of freed slaves in the most powerful state in the South.

Peggy Patterson Garland has been an attorney for thirty years including two terms as Commonwealth’s Attorney. She is a former high school teacher who has been involved in numerous organizations and is a charter member of the Westmoreland Housing Coalition, Westmoreland Weavers of the Word, and the Northern Neck Historical Society. Peggy is a mother, stepmother, and grandmother who resides in Westmoreland County, Virginia. This is her debut novel.