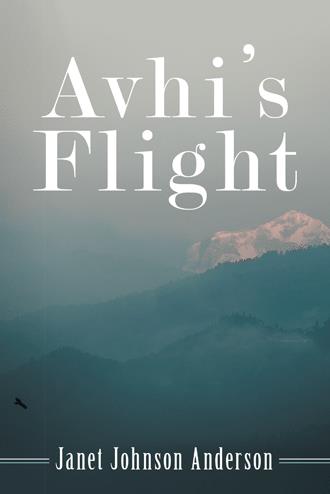 One bridge followed another as the river water rose and rushed, churned and cascaded through the gorge. My thoughts shifted with great intensity like the surging rivers below me. Finally at the outskirts of the town, the river surrendered to the flow along the rocky banks below. I submitted to the road. Through the morning, I watched for mileage signs as if there was nothing else to think about. I never imagined how slowly time passed walking alone. I wondered about unimportant things like if the wind would be at my back or work against me. What each small concentration of people would be like between bluffs. I counted the hours until they became tyrants that dictated how I felt. I pretended to be in control anyway.

Mid-day I saw an old bridge with skinny, rusted legs standing, barely sturdy, over a creek. A large truck crossed over, and the bridge frame rattled just the same as the oversized empty bed behind its cab. Not far from the bridge was a parking area where many men were gathered, where the truck stopped. They talked to the driver and I deduced they were either finding a ride or the opportunity for hire. I hurried over to the sight as they began to climb into the flatbed of the truck. I simply asked, "Pokhara?" in the deepest voice I could muster, and two men nodded in affirmation. I pitched my small body overtop the rim and boarded the back, my soul heaved into the heap of ordinary men.

One with his long hair cinched at the neck with a copper clasp. One spreading out in the wide waistband of unpolished Indian cotton. One in jeans with a belt buckle that bore a cobra's head. One with a shoulder bag across his torso with the illustrations of naked, bathing children in the Ganges. One had a wiped, smattering of vomit on him and smelled as if he had recently dissected something ripe and warm. I tried to shield my shining, non-nubby face from them as we jostled up and down the edges of steep cliffs.

Directly across from me was a heavy, sweaty man with an obscene abundance of black moistness beneath his arms, and next to him an aged, wrinkled man who carried a burlap sack of breads. We rose and climbed from the riverbanks as if the highway were a part of the Great Wall of China. The tires hissing all the way, squeezed out the last bit of moisture from the asphalt after the early morning rain.

I said nothing, but swallowed and kept a pinprick view from the corners of my eyes alert. I concentrated on the ride, the scenery, the scent left from the earlier rain. It was fresh, earthy, clean. I felt it gave me back something that had been stolen…a dimension I had been missing. Sometimes the wind whipped up as if the universe was flailing, and we'd become emotionally ragged, or soaked and mildewing. This morning's light drizzle had been soft and merciful. The night before with Prash, I felt hope slip away. I felt laid out like a corpse. But once more, I felt myself drawn to the sky. I closed my eyes momentarily and imagined what it would be like to run and jump off those rocks, onto the wind's back, and feel increasingly at home in the cradle of the breeze.

The sky was clearing. From our view in the truck, it seemed as though we whirred by all of life. Not quite, but close to flying. Landscapes differed and passed by so succinctly. We saw hilltops' exposed crowns, acres of cultivated fields and bordering tree lines, steep ridges that crashed down into the hearts of rivers, grassy meadows and forest floors that shimmered in the low, afternoon sun. I felt drawn, with energizing intimacy, into the life force of nature. As we neared Pokhara, the perfect curtain of the Himalayans moved center stage. The snow tops and shadows seemed so primitive, yet too essential to ignore. And one peak reigned above all, enchanting and mysterious. A hurricane of vapor streamed over her; it was like looking deep down into an ocean's abyss, only upward. A remnant of another world touching the veil of the universe.

I scrutinized the land and realized we'd come far enough because the terrain had changed dramatically from hillside country fields to housing and paved roads. I had become used to seeing the countryside, adjusted to the endless miles-long panoramas Prash and I walked. The new view was foreign to me, yet wonderful. The little girl in me was swooning to go running into the new, exciting city. Instead, keeping up the pretense, I stood momentarily beside the truck as the other men did, calmly surveying my options, while joy flooded my body.

As I walked into the city, I almost fell to my knees at the sight of it. Compacted buildings, people scurrying in every direction, and the backdrop, a magnificent, staggering line of the Himalayan Mountains. I could feel their hugeness, their power, and imagined they were a bridge to the gods.

The metallic whining of a truck's grinding gears startled me. It spewed and sputtered as it crossed before me and rolled down the road. The streets were so new to me. The city was speaking in a language I couldn't yet understand. I made my way through downtown nearing the lake-front harbor. There were no clouds, just sunshine to warm me, lift my heart and mind. The lake itself seemed joyful, and deep red flowers shot up with eagerness amid their borders. Every fresh, green story I imagined was here. The smell of bread, beautifully dressed women, laughter among footsteps, brick and glass and wood forged together to raise superstructures. Vendors scuttled across intersections with chickens, crickets, and large reptiles...fish, eggs, and cheese...turnips and fruit of all colors. There was a thickening hum of electricity and refrigeration. I had to pinch myself to make sure it was real. This, I thought, is where I could die happy…live and die in paradise. 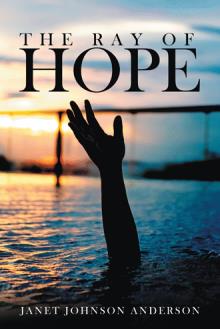 From a remote corner of Nepal's countryside, fourteen-year-old Avhi Tharu says a prayer for Mr. Singh. She has been promised to him in marriage. Instead, she clubs him in the head and flees with his ox and cart from the village. Days later, she slips through a mountain pass and into the lives of fellow travelers en route to Pokhara, and Kathmandu. On the run, uncertain who to trust, and how to reconcile the past, Avhi's encounter with girls and young women at the Thank Kot Center, stirs her to discover a purpose beyond herself.

Avhi's Flight is a beautiful and bittersweet adventure. Its story weaves together the complex threads of one girl's search for wholeness, the reckoning of lives left behind, and a culture's disregard for its women. Like the nonfiction bestseller Half The Sky, this important piece of fiction aligns with a central moral challenge of our time.

"If you're interested in women standing up for women, then this is a must-read."
---Bonnie Roberts
Contributing Writer, The Huffington Post; Fellow in Verse, Dublin;
Nat'l Endowment for the Humanities Scholar, Paris; Fulbright Scholar, Turkey

"This book highlights the sad realities that accompany women and their children in Nepal on a daily basis. It is an eye-opening story about how profound gender-based injustices are common practices in Nepal. The purpose of the Women's Foundation of Nepal is to tackle these issues by raising awareness of them, and empowering women with their rights."
---Renu Sharma
President, The Women's Foundation of Nepal

Janet Johnson Anderson is an author, award-winning poet, and freelance writer. She enjoyed a career in advertising and remains a marketing consultant. She is an advocate for the special needs population, and for women and girls in difficult parts of the world who have been abused, abducted, and sold into the sex trade with little recourse. Where there are no resources, shelters, or authorities to turn to, she assists women who are learning job skills to become self-sufficient. She believes understanding such hardships can lead to change, and hopes her book will encourage dialogue on behalf of the many who remain voiceless. Born and raised along Chicago’s North Shore, she lives in Huntsville, AL, is married, and has two grown daughters.