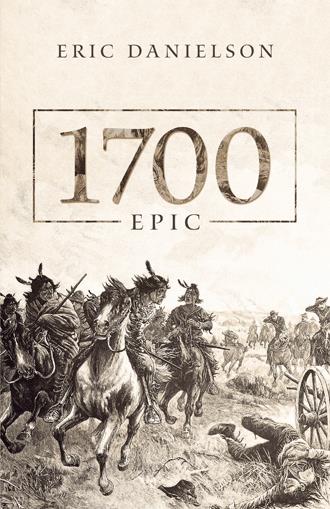 Canada was French. From the Great Lakes to the Ohio Valley and on to the vast interior of the continent, France ruled. The fleur-de-lis flew from the citadel of Quebec. On the Saint Lawrence River was the township of Montreal.

Canada was ruled by department. From Versailles, the minister of marine was instructed by the Court. Several trading companies in Canada were governed by the Ministry of Marine. Seaborne trade and the French fleet were Canada’s ties to continental France.

Comte Frontenac was governor-general. He received instructions from the Mercantile Marine and then executed policy. Several thousand regular troops made up the French forces in the New World. They could add numerous Canadians. Allied with the French were the Algonquian tribes of the Great Lakes and Lower Canada.

In January 1690, a raiding party of French soldiers and Indians descended on Deerfield in Massachusetts Bay Colony. Hostilities had commenced. On the frontier, one hundred war parties raided the English colonies. Comte Frontenac exercised marine policy.

I, Giorgiana Bienvegnu, was a partisan. I had access to the citadel of Quebec. My family name was good if not noble. We were the Bienvegnus. We were from Genoa. In service to France, I brought my family to the New World, and we settled in Montreal. We plowed a farm. And now we took up the firelock and knife in service of the king.

I camped and wrote of North America. The decision was whether my writing would be in English or French. It was early March as I entered the city of Quebec.

Count Frontenac asked me to sit. “Giorgiana, thank you for arriving before spring. We are at war with England and her colonies. Your service is accepted. You have influence with the Algonquian. Return in the fall.” I had my instructions. I would return in the fall with my war party.

The other men and I broke encampment and filed away from the plains surrounding Quebec. It took a fortnight to return to Montreal. Surrounding the town were farms. There were also the wigwams of the tribes. “Algonquian” was an apt name for our allies. The Iroquois were our rivals, fighting with the English. Beyond the mountains were the western tribes.

The historical novel 1700 spans the epic adventure of the French and Indian Wars from 1690 to 1759. Giorgiana Bienvegnu is a Frenchman of Italian descent living in Montreal. He pushes for war against the English and hopes for sovereignty over all North America. His story continues until the peace directly prior to Queen Anne’s War.

Leslie Esperier is an English officer in New York. In his time, New York is growing into a city and great port. His story takes readers to the colonies from the death of Queen Anne up until the ascent of George I and George II in 1728. Next, meet Henri Bienvegnu, son of Giorgiana. Henri is a French officer, and his story continues until 1758.

Finally, in 1759, readers return to Leslie’s tale. He’s now a brigadier general and commands the Royal American element of the British Army, concluding with Wolfe’s campaign. Readers will be shocked to learn of the close relationship between Native Americans and both the French and British while being enlightened by governance in Canada, the fur trade, and the relevance of northern lakes and rivers during this so crucial time in history.

Eric Danielson was born in Camden, New Jersey, but has lived in Reno, Nevada, and Salt Lake City, Utah. He served in Vietnam in the US Army and, post-service, attended Bellevue Community College in Washington where he earned his associate’s degree. Eric still lives in Washington and has written several books.