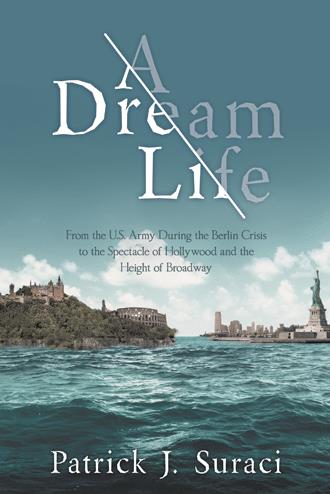 Philip's college friends from Canada, Ann and Trudy, miraculously appeared at the entrance to the post one day. Philip and the girls hugged each other and practically cried. Never had he imagined having a visitor. How could one gain entry into this heavily guarded fort? He didn't even know if there was a procedure for such an unheard-of occurrence. Philip couldn't just walk freely off the post, but had to have a formal pass signed by his Commanding Officer granting him permission to leave the base, and he had to return at the prescribed time or face real prison. How could Ann and Trudy, from his past life, be in this prison of his present life?

He thought back to his college days--in the 1950's, "good girls" did not have sex until they married. At Philip's Catholic college, the girls even lived in the convent with the nuns. The boys had to brave the rigid face of Sister Gemma to pick up their date. They had to return her untouched before midnight. The boys might get a goodnight kiss at the door of the convent, if they were lucky.

"How did you get here?" he asked in astonishment. "Where did you come from?"

"Greece! Did the men rape you?" kidded Philip.

"They tried, but we're too smart and too strong for them."

"How did you get here?" Philip asked again.

"We took a taxi from the village," added Trudy.

Exasperated, Philip screamed, "How did you get on the post? I don’t even know if a civilian has ever come here before!"

"Oh," Ann said. "We're going to be working at the PX in Stuttgart. Our boss called your Commanding Officer and got permission for us to visit you. So we took the train from Stuttgart to Schwabish Gmund and then got a taxi. And here we are!"

"How did you get the job? You're not even American."

"Well, Canada is not the enemy," laughed Trudy. "We know someone who is a friend of the Officer in charge of the PX, and he helped us get an interview. I guess they were glad to get college grads to work in the PX. We start next week."

"We also wanted to see if you were really in the Army. You look so funny in that uniform." Ann was serious.

Philip responded, "What did you think I'd be wearing?"

"I'm so happy to see you. I'm sorry if I sounded stunned," Philip said. "Let’s go to the canteen. You can have real American food."

"Hamburgers are one of the benefits of being in the Army," Philip said.

It felt so homey and comfy to have friends from his past visit him here on this bleak army base in Germany. Philip felt truly content for the first time in a long time.

As they walked into the canteen, a sea of khaki and testosterone washed over them. Noise bounced from wall to wall. All eyes focused on the girls--all except one pair of eyes, belonging to a soldier in the middle of telling a joke to his buddies, who were all laughing. Philip was drawn to his sparkling eyes. He couldn't imagine anyone being so happy while in the confines of the Army base. He glanced over the soldier's body, hoping he wouldn't notice him staring, and admired the way the Army fatigues clung to that beautiful trim physique. Everyone else faded into a mist as Philip stood there transfixed. He shot an arrow of desire at the soldier, while all the other soldiers were aiming arrows of longing at the females. The energy in the air almost knocked him over.

"Where do we order?" Ann asked.

Philip forced himself back to reality as he pointed to the counter. He attempted to speak: "What do you want? I'll get it." Hoping he could remember their orders, he walked as close as possible to the strange soldier, on his way to the counter.

Philip couldn't stop looking at him. He didn't care anymore if he saw him staring, but the soldier, wrapped in laughter and conversation, was oblivious. Philip tried to see the color of his eyes or his hair, but was unable to do so because of a radiant glow around him. Philip only knew that he had to meet him.

Philip and the girls had to sit at a crowded table, which meant that the girls relished both their burgers and the attention of the male soldiers sitting with them. Philip continued to look at this intriguing soldier. The girls' voices faded into the background.

He saw the strange soldier make a clicking sound with his tongue, evoking more laughter from his buddies. He was removing his front tooth from its bridge and snapping it back into place. His face wasn't perfect. He had what one would call a Roman nose, with a slight bump that didn't really look like a bump when you faced him. How was Philip going to meet him? He didn't know any of the soldiers with him.

Suddenly, the alarm rang and all the soldiers jumped. It was the signal for them to go to the field. In case of a real attack, this is how it would begin.

"But you haven't finished your hamburger!" exclaimed Anne.

"It doesn't matter," Philip screamed. "We have to go on maneuvers."

"What's that?" Trudy chimed in.

"We go into the forest and play war games," he explained. "You'll have to find your own way off the post."

As Philip rushed toward the door he bumped into his dream soldier. "I'm sorry," Philip blurted. "My friends don't understand what we are doing."

"I don't understand what we're doing!" the soldier laughed.

"You're right," Philip agreed. "What barracks are you heading for?"

In 1961, homosexuality is a crime punishable by up to seventeen years in prison. That doesn't stop soldiers Philip Greco and John Fitzgerald from falling in love.

The two men are serving in the US Army in Germany during the Berlin Crisis. They become friends at first, and then slowly and tentatively, their relationship blossoms. Working around the obstacles in their path, Philip and John travel through Europe together and discover their dream place to live after their discharge, Majorca. When John is discharged four months earlier than Philip, the latter convinces him to return to the States. But when Philip arrives in Los Angeles, he finds John’s life has changed dramatically since they parted. Now Philip must find his way in the world and see whether he can build a dream life of his own.

"Wow, what a great read! Love and sex in the army as never before told. Europe at the time when La Dolce Vita was the lifestyle. I knew the author in his days in Rome. Wow again!"
--Carroll Baker, Oscar nominee for Baby Doll.