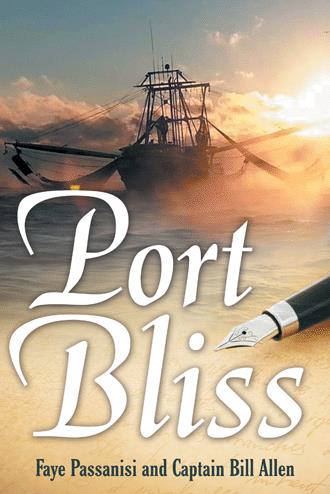 Finally, they reached port. Cappy remembered the Sea Quest docking near the shrimp house, just down from his net shop. What a magnificent vessel. Fenders thrown out, he helped along with seven or eight other fishermen to meet her, catch the lines, and tie her to port. Much like mother nature and the ocean, the Sea Quest showed no bias. Dressed in all her regalia, she was huge and commanded the power of many men to rein her in.

Norris and Jim were first off the Sea Quest, like bats out of hell, as though they were trying to run away from a bad dream. Captain Bill shut down the main engines and joined the other crewmen on the dock.

No one said anything. Each just grabbed their gear and found their loved ones. Cappy knew something bad happened as he watched the crewmen give long silent hugs to those welcoming their return. No one knew what to say. Their expressions said it all. Family understood life at sea was rough and knew not to ask for details.

Then, out of nowhere, Cappy watched a petite lady walking down the dock. All the men froze and followed Captain Bill's eyes. It was Brandy, Dave's wife, walking slowly towards the Sea Quest. This was the moment everyone on the Sea Quest was dreading.

Six months after her husband dies at sea, Brandy Rogers unexpectedly requests to join the crew of the Sea Quest ~ the same vessel that led her husband to his watery grave... With NO body nor any trace of him, Brandy seeks some sort of closure and relief from the pain of losing the love of her life. Mysteriously drawn to the docks, she convinces Captain Bill to let her join the crew as galley cook. But, what Brandy does not know is that this decision just sealed her fate.

Captain Bill is betting it all on this one trip to save his boat and livelihood. But, when he decides to change course for the shrimping trip, the Sea Quest comes face to face with Hurricane Faye... A decade later, aging old salt Cappy Dupree has lots of stories to tell about the past that include Dave Rogers' demise and the fateful journey of the Sea Quest just six months later. ~ Whilst Cappy reveals his tales to Pastor Jackson Montgomery, shocking truths are unveiled about the lives of several men and one woman as they learn to trust God and embrace His blessings.

In this captivating novel, a group of characters, both on water and land, search for answers within a sea that holds her secrets deep within her soul.

Faye Passanisi grew up in the oldest seaport in America ~ Gloucester, MA. Because Bill Allen was drawn to her inspirational writing and love of the Lord, he invited her to co-write PORT BLISS.