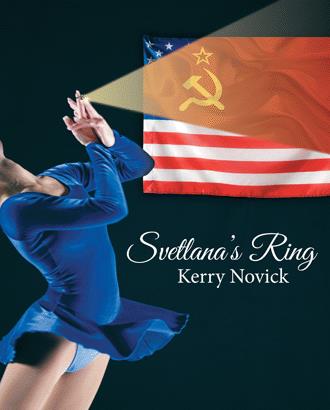 “Coach Nikita?” Brianna called.
Coach Nikita turned with a stern look on his face and she instantly regretted calling out to him. Brianna froze.
“I’m Brianna Nolan.”
“Ah, yes, you’re the girl coming back from the injury.” His face brightened a bit; not quite a smile, but better than before.
“Yes.” Brianna smiled graciously.
“Martha told me about you. But I didn’t think you’d be here so soon.”
“Well, the Dr. said it was OK, so I’m back. I wanted to see if you’d have time for a lesson tomorrow. As you know, Easterns is in two weeks, and I thought maybe if we started as soon as possible--”
Nikita chuckled and folded his arms. It seemed condescending to Brianna. “Oh, no, no, there’s no time left for this year’s Easterns.”
“But – Martha said you’d help me. I have to go, you don’t understand.”
“I understand. It’s lot of work to win a spot to Easterns, yes. But now, there’s no time. Look, injuries are tough: to come back always takes longer than you think.” He must have seen the terror in her eyes; sighing, he put his hands on his knees to get down to Brianna’s eye-level. Coach Nikita had blue-grey eyes so light, they almost matched the color of the ice. His hair was also pale, the color of a duckling’s down, and his eyebrows were so light they were barely visible from a few feet away. But this close, she saw them quite clearly.
“You have to build back the muscle. This takes more than two weeks, yeh? We can work for next year.” He patted her on the back lightly and came to his full height. Then, he turned and began to skate away. “No! Next year’s too late! Please, I have to. I’m much better, really, the Dr. couldn’t believe how quickly I’ve gotten better.” Brianna followed him, speaking to his back. Without turning to her, he said over his shoulder:
“I saw that axel. You have a long way to go.” He skated backwards for a second, an effortless turn. “I’ll see you in about a week or two, no reason to rush it.” And with that he picked up speed, signaling that the conversation was over.
Brianna couldn’t believe what was happening. This was the coach that Martha had touted as being more competitive?
“I’m competing at Easterns! I am!” she screamed at his back. He stopped in his tracks and turned around. He just stood there, about twenty feet from her, squinting. Then he glided quietly up to her and spoke in a very low voice, almost a growl, that only she could hear.
“You can do whatever you like. Most of Martha’s students do. But if you want to work with me, you need to understand something. You do not talk back to me. You do not raise your voice at me. You listen to what I say, and you do what I tell you to do, because maybe I know a little more about this than you do. Only then we can work together. Do you understand?”
Brianna was terrified. It was worse than when Martha yelled at her from across the arena and everyone heard. She swallowed and nodded.
“Good. See you in two weeks.” and as he skated off, she felt as if she were watching the very last life raft in a vast, dark sea floating away from her.

What could you accomplish if fear did not stand in your way?

At only 14 years-old, Brianna Nolan’s best years as a figure skater seem to be behind her. Her meteoric rise through the ranks is suddenly halted by puberty, and while she struggles to regain her jumps, her newfound fear of falling halts her progress.

When her father gives her a ring of former Russian Champion Svetlana Terasova, Brianna starts seeing flashes of Svetlana’s life in her dreams, and then later, on the ice. Brianna feels fearless and exhilarated by what she feels when she wears the ring, but the ring’s powers are unknown, and she soon suffers a terrible fall.

In her downtime, Brianna enjoys a social life for the first time. A school dance, new friends, and new activities become hard to leave when it’s time to get back on the ice, but her new coach insists she drop everything to focus on skating. The sacrifices become almost too much to bear, until she discovers they pale in comparison to the sacrifices Svetlana made long ago, and the events surrounding her mysterious exit from the world stage.

In Svetlana’s Ring, Kerry Novick explains what it’s like to be a young competitive skater with dreams of gold medal success. Kerry’s writing is that of a true figure skater in every detail, from the techniques of jumps and spins, to “coach talk,” to going through puberty and all that goes with it. She also brings a bit of magic into the mix! Young athletes will identify with the lead character’s insecurities and be inspired by her perseverance, sacrifices and will to become a champion!
—JoJo Starbuck, three-time US Pairs Champion, two-time world medalist, member of the US Figure Skating Hall of Fame

Authentic and magical, every girl’s dream. Writer Kerry Novick takes you on a journey of family, friends and sport, letting your imagination run free with a few surprises along the way!
—Randy Gardner, two-time Olympian, world pair skating champion

Kerry Novick was a competitive skater and later toured with Ice Follies & Holiday On Ice Combined Shows, Holiday On Ice Europe, and Disney On Ice.  After a short engagement with an ice show in Japan, she went on to receive a degree in Japanese language and literature from the University of Massachusetts and a Master of Arts in East Asian Studies from Cornell University, always taking courses in writing along the way.  Her career in the development and distribution of children's television programs spans over 20 years.  She has written two screenplays; Svetlana's Ring is her first novel.