by Kester J Nedd DO 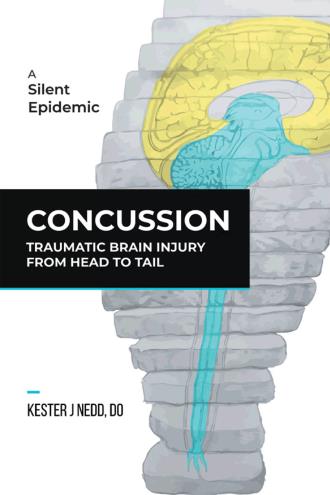 Clinicians and patients can no longer wait for answers to fundamental questions regarding how to properly evaluate and treat concussions and traumatic brain injuries. Doctors, those suffering, and their loved ones have questions that need to be answered, including: • When will someone emerge from a coma? • Can the fear of going out in public be overcome? • Will problems pertaining to memory and anger management go away? • Will the individual be able to work again? Dr. Kester J Nedd, a board-certified neurologist, draws on his years of experience treating patients suffering from head injuries to answer these questions and many more. Filled with real stories of patients, this first volume explores how this modern epidemic is often misdiagnosed or left untreated. Unsound definitions, rules of engagement, and limited scientific evidence has caused us to lose generations of people who suffered the fate of this condition. The author shares a new and transformative evaluation method, known as Brain Hierarchical Evaluation and Treatment- the BHET method. The book outlines the hierarchical organization of the brain “from head to tail” and highlights what happens to the brain after an injury and how it responds.

Dr. Kester J Nedd has helped thousands of patients with traumatic brain injury over his thirty-year career. A board-certified neurologist, he is a neurological rehabilitation and concussion traumatic brain injury specialist at the University of Miami Miller School of Medicine and the Design Neuroscience Center in Miami. As an expert in sports concussion, Dr. Kester Nedd is involved in treating current and retired athletes and is on the forefront of issues related to concussion from sports, military conflicts, road traffic accidents, and other injuries.