Where Will My Heart Beat? 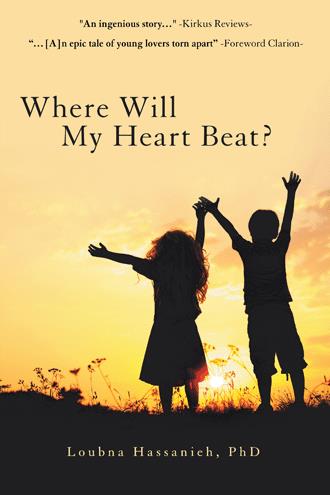 I followed her in silence, my mind lost in a surge of thoughts I did not know how to process. Her house looked beautiful with its artful stone entryway lined on both sides with shrubs of gardenia and hydrangea. The cedar tree that Mr. Ramsey used to park his wagon under was still there. So was the cowshed. She rushed inside and collapsed on the couch.

"Should I get you some water? Did you have something to eat this morning?" I asked worriedly. "You just lost your color."

"Just give me a couple of minutes. I'll be fine," she whispered as she rubbed the right side of her face.

I sat next to her on the sofa and waited. Her eyes were closed, her breathing methodical and light. I was captivated by her soft and radiant complexion as I let my eyes wander over her delicate face. A deep feeling of affection inched through my bloodstream. My heart fluttered.

Life is full of mysteries. Attempting to unravel them is grueling. What makes us is much older than us. Atoms are older than their elements, and the particles that make up the atom are even older than the atom itself. Older still are the intangible forces around us. Those forces pull on us, clustering us into an entity or separate us in time and space at an accelerating rate. Unfathomable is a scheme in which bangs and explosions lead to intricate designs of billions of galaxies and systems, stars and planets, dinosaurs and microorganisms.

She propped herself up on her elbows. "You spaced out. What's on your mind?"

"Just thinking. Are you feeling better?"

"I was fourteen in that picture," she said, standing up and walking to the other side of the room.

On the wall was a framed black-and-white childhood photo of Eeman, Mona, and Malec. Mona was the only one smiling to the camera, her eyes open and bright. She was so smart and full of life.

"Do you remember Mr. Ramsey, the peddler?" she asked.

"Of course I do. How could I forget?"

"Well, he arrived with a camera one day and started taking pictures of us. It's the only picture we ever had together."

"It's beautiful. It's natural and honest."

"Our meager and deprived past screams through it," she added with a smile.

She turned around and walked to the kitchen. On the counter was a collection of medication bottles. She checked her watch, opened one, and threw back her head. She then poured herself a cup of water and sat at the kitchen table.

"Had my parents had the means, and had their ambition not been blunted by the struggle to put food on the table, they could've been the kind of parents a child would hope for. Playful and mentally stimulating. Maybe I would've grown to listen to music and appreciate it more, and maybe Malec and Mona would've had longer and happier lives. Just maybe."

"My parents were never playful either, although they had all of life's privileges on their side. Yes, they took us on trips, and yes, they provided us with every luxury and commodity, but they never told jokes, laughed, or even whistled to a tune. It was Nana Thabita who made me believe in myself. Her reassuring and loving words erased my nagging doubts, and her praise fueled my self-esteem. She helped me survive Aslan's abuse and my parents' shortcomings."

She set her cup on the table and rested her head against the back of the chair. "Sadly, Malec and Mona did not survive that abuse," she muttered.

And then she told me the whole story. Uncensored. Abrasive and corrosive down to viscera and molecules. She told me about Aslan's lecherous gestures toward Mona. How Aslan would sneak up on Mona and take her by surprise. On several occasions, he groped her repeatedly. She tried to avoid him, but he was on a mission. A mission to torment her and destroy me along the way.

"I went to him one day and told him to stay away from Mona. I told him that life was not all about satisfying his pleasures and desires and that he needed to respect Mona's dignity and leave her alone." She stood up again and walked to the counter to refill her cup with water. "I even went to your father for help."

"What did he do about it?" I asked, eager to know how Father had reacted to Aslan's behavior, knowing too well that it would be disappointing.

She covered her face with her hands and started sobbing. "I was young and helpless and did not know what else to do or who else to go to. I had no way to take action against anyone."

My father disappointing me yet again.

I walked to her, seized her gently by the shoulders, and turned her to face me.

"Mona became very depressed and fell ill," she continued. "She would run a temperature for days at a time. And all along, my mother was watching. We didn't know she was listening in on our conversations and knew what was happening. We never thought she was capable of taking matters into her own hands."

I was all too familiar with that dark moment. I could clearly see his face and how it turned apoplectically red. I saw a savage capable of unconscionable acts. How his features became demonically distorted, and his eyes became those of the devil. And then he pushed me. I had no time to scream.

Born into a prominent and affluent family, Adel Jacob eventually learns that wealth has no bearing on happiness. At age seventeen, he falls prey to his brother’s animosity and becomes forever handicapped. Betrayed by his parents’ shortcomings, Adel realizes he must leave home, abandoning his innocence and with it, his first love, Mona. Twenty-five years later, a painful yearning brings Adel back to his hometown where things are no longer the same. As he discovers how purposeful his journey will be, Adel’s insights slowly unravel realms of wonderment. When his path unexpectedly crosses with Mona’s again, their adoration for each other brings them back into each other’s arms in a circuitous way as Adel realizes his love for her transcends time and place and resides beyond the horizons of his consciousness. Although their second encounter is shorter than their first, Mona manages to crack open windows to his past and reveal demonic realities. Distraught about failing her twice, Adel must now strive to redeem himself and hold onto her memory until the end. In this poignant story of good and evil and loss and redemption, a man returns to his past where he reconnects with a former love and searches his soul for intuitive guidance.

Loubna Hassanieh, PhD was born in Beirut, Lebanon, and moved to the United States where she earned a PhD in biochemistry and molecular biology from USC. She is a published scientist with a deep understanding that knowledge cannot be attained through scientific reductionism alone. Dr. Hassanieh resides in California with her husband and two children. Meet the author at www.loubnahassanieh.com