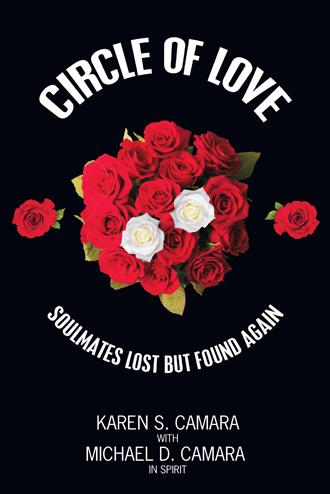 Michael’s birth wail and mine were both prophetic since we would have to travel sorrowful paths in life before reaching happiness. Michael was nine months older than me, so I was conceived at the time of his birth and that was the start of our life journeys, apart, together, apart, and then together again. As newborn innocents, we were healthy and bright. With loving parents, we would have thrived happily as children and then as teens and adults. However, that was not to be.

A consequence of Michael’s family experience and mine was that neither of us had any mentoring at home. And so, by junior high school, both Michael and I turned to the street not only for nurturing and a yearning to love and be loved, but also as the only venue for exploring life. Early on, Michael joined a gang. He said he did not really want to but saw no other alternative to belong. In contrast, my turning to the street was relatively innocuous. With the two Puerto Rican girls on my block as friends and their warm culture, I was welcomed by their families, receiving positive feedback for the first time in my life. While this reinforced positive values for me, the opposite was true for Michael. Gang values for boys included being “cool” with bad behavior, smoking, and sometimes using drugs. As a child and teen, I always thought my peers were, immature, giggly, and silly. In fact, they were just being normal. And Michael always had an uneasiness about the only “solution” he found. And so, Michael and I never had real childhoods.

Like me, Michael always understood the importance of getting an education. Michael even chastised his friends for not being focused on their futures but they would laugh at him. By tenth grade, I knew I wanted more science than I had at Hunter and went to The Bronx High School of Science while Michael went to Brooklyn Technical High School. However, although Michael and I were still suffering the pain of our childhoods, our reactions were evolving quite differently. I always stuffed my feelings and mentally chanted the years I needed to wait until I could leave home. And my passion for crafts was always a comfort. In contrast, Michael coped by first smoking pot and then using heroin. Michael used heroin for the first time when he was fourteen, a year before we met. And so, I believe had we met a year earlier we could have been each other’s “drug of choice” with a wonderful life instead of what ultimately became our fate.

With the onset of puberty and new hormones pulsing in our blood, we all sought a first love’s touch. Boys would hang out in the street and girls would walk around looking for guys. Our block was not interesting, so my two friends and I systematically check out a new block or two every night. And one night it was Nineteenth Street between Eighth and Ninth Avenues. We casually walked up the block and, to our delight, a group of guys across the street began calling out to us. True to the ritual, we pretended to be insulted and then walked on and back home. Of course, we returned the next night and this is how Michael and I met.

That night, Michael asked if we could get together and I said yes. So, the next night, he picked me up outside my building and we began our evening by walking south and fleshing out a comfortable conversation. We first shared the usual: our ages, high schools, religions, and, typical for New York City, ethnicities. And since Michael was older than me, that was respectable. Michael said he was Italian and Catholic. I said I was Jewish but did not practice the religion nor did I know much about the culture. Bronx Science, Brooklyn Tech, and Stuyvesant High School were the best public high schools in the city and friendly rivals. So, we joked about that. Then Michael said his favorite subject was chemistry and mathematics the second while it was the reverse for me. With an interest in science in common and our plans to go to college, we forged an instant connection.

We continued walking downtown and were soon below Fourteenth Street and into Greenwich Village. We sat down on a stoop on a relatively deserted block and Michael kissed me for the first time. Then he asked me to be his girl and I immediately said yes. I had waited so long to be loved and have someone to love and, as I would find out later, it was the same with Michael.

Afterwards, we saw each other regularly. Michael did not have much money, so we spent most of our time just hanging out in the streets and walking around. When Michael did have a little money, we had a soda or went to a movie. And Friday nights we went dancing at the YMCA on Lexington Avenue and Fifty Third Street. Neither of us had much of a wardrobe but this was the norm in our neighborhood, so it did not bother us. It was enough we had Manhattan as our playground and felt we lived in the best place in the world.

And as we walked and talked through time, our interest in science continued to forge an even stronger bond.

And so, the magic of our relationship was how we immediately started nurturing each other in every possible way. Despite no mentoring, we sought normalcy by trying to understand our life experiences as well as the world at large and use that knowledge constructively. This was in contrast to friends who just talked about their lives. I later called our penchant to analyze our lives from afar our “helicopter ability.” And so, we were soulmates as well as best friends and lovers. 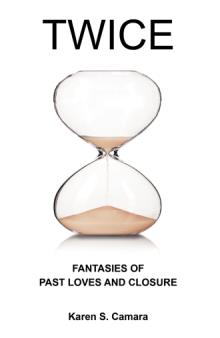 It was 1956 when Michael and Karen first met as teens in the streets of New York City. They were both determined to escape their dysfunctional families, buoyed up by dreams of success. Their four years as soulmates would have been forever except Michael was addicted to heroin. After walking away, Karen buried all her feelings from the pure joy of their love to her dismay of drugs as a third partner yet she still lived with the heartbreak of going separate ways.

When Karen realized her history as a New York City street kid was atypical, she wrote a memoir, Songs from the Street: A Native New Yorker Comes of Age in the Fifties. She reveals how writing this memoir unleashed powerful memories of her teenage love as well as a curiosity about what happened to Michael after they parted. Karen sought closure and describes how she found Michael, now clean, sober, and professionally accomplished. Through this reconnection, their love was reborn and their life together as soulmates came full circle.

Karen S. Camara is a native New Yorker, born and raised in Manhattan. She attended The Bronx High School of Science, The City College of New York, Pennsylvania State University, and Columbia University’s School of Engineering and Applied Science. After a first career mainstreaming low-income science students, she had a second career as a software developer. This is her second book as she continues her life-long passion for writing and crafts.