The Evolution of God in Human Imagination

The Judeo-Christian Path and Beyond 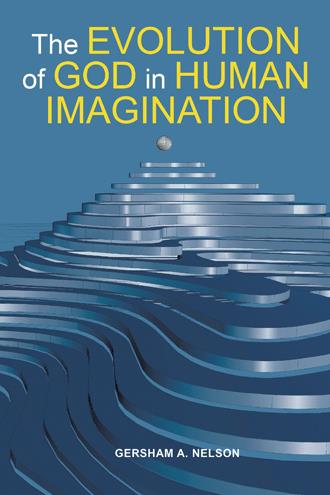 Settlement of the Thirty Years’ War, through the Peace of Westphalia, represents the emergence of the modern nation state and a milestone in international relations. The agreement is monumental, not only for the details captured and the scope covered but also because it represented a check on the acquisition and exercise of power by the Vatican. This treaty undermined the Pope’s claim to divine authority, by placing sovereign power in the hands of states.  Not surprisingly, the reigning pontiff, Pope Innocent X, disagreed with the terms of the settlement.  He declared the Treaty of Westphalia "null, void, invalid, iniquitous, unjust, damnable, reprobate, inane, empty of meaning and effect for all times." That the treaty was agreed upon despite the Pope’s objection speaks to the sea change that had occurred as a result of the confluence of conflicts which not only redrew the map of Western Europe but significantly changed power relationships between Church and state.

Surprisingly, resolution of the European wars which were ignited over the perception of God, did not result in any general call for a full revaluation of Christianity.  The Pauline “death of God” coup was still generally accepted among Christians while the authority bestowed by Vatican coups, though rejected by Protestants, was still accepted by a large number of individuals who remained Roman Catholics.

It is fair to say that curtailment of the ecclesiastical and political power of the Roman Catholic Church led to greater freedom to discover, create, and disseminate knowledge. However, since the protracted conflict did not result in a systematic rethinking of fundamental assumptions about Christianity within the Catholic Church or among Protestant denominations, a number of contradictions would continue to plague Christianity. The Jesus movement had been virtually expunged from history, elements of Paul’s Christ had triumphed with early challenges long forgotten, and although the Vatican was checked, the foundation of Christianity remained in place.

The view of God as it evolved from the first century under the watchful eye of the Roman authorities (Church and state) had largely become enshrined in Western culture so that the foundational question of Jesus’ identity was seldom discussed outside of small intellectual circles. Christians had engaged in bloody conflicts among themselves for generations, emerging with nothing more than a compromise brokered by war-weary leaders who clearly understood the futility of further bloodshed. Yet, their perception of God did not change appreciably.

Failure to re-examine the foundation of the religion, including claims made by leaders regarding divine will and prerogative, has ensured that contradictions and confusion continued to plague one generation of Christians after another.  Even when conspicuous flaws were identified in the world-view advocated by Christian teachings, adjustments would, at best, be slow and selective. Nevertheless, the powerful impact of the human capacity to discover and create new knowledge continued to inspire new questions and provide some useful answers. The case of the “Easter drift” serves as a reminder that human beings established traditions, including those declared to be sacred and immutable. Moreover, we have the capacity and responsibility to make changes or adjustments based on new knowledge and societal needs.

The Church, Science, and the Easter Drift

Notwithstanding compelling reasons to reexamine fundamental contradictions in the Christian worldview during and after the Protestant Reformation, there was little appetite to do so. In the meantime, Christian theology continued to traverse such a divergent path from the intellectual search for knowledge based on verifiable evidence, that there was no likely reconciliation with other fields of inquiry.  In effect, the Renaissance served to put distance between theology and other fields of study.  Since scientific discoveries that challenged the Bible were viewed with suspicion, or worse, by the more conservative factions in both Catholicism and Protestantism, revisiting the premise for Christianity seemed potentially fruitless to some scholars. At the same time, science was unveiling a vastly different picture of the world from the one promulgated by the Church, but this knowledge remained within a relatively small circle. This means that the Christian sects - Catholic and Protestant – have been able to continue promoting the religion and all its unprovable claims virtually unchallenged among the unsuspecting.

Despite the Catholic Church’s opposition to the views of scientists whose research or experiments presented views that were in conflict with its position, there are cases where Church leaders switch positions, but there were almost always  risks.  Yet, there is at least one sixteenth century case where Church officials sought help from science. The result was unavoidably conspicuous and, therefore, worth reflecting upon.

Pope Gregory XIII (1502-1585) was so deeply concerned about what came to be called the Easter or calendar drift that he turned to science for a solution. Prior to 1582, the West used a calendar that had been authorized by Julius Cesar in 45 B.C.E.  The Julien calendar was based on the assumption that a year consisted of 365.25 days, a number off by about 2 seconds.  Though minor, the discrepancy resulted in the seasonal equinoxes falling 10 days too early by 1582. Inasmuch as the celebration of Easter is tied to the spring equinox and represents one of the most sacred events in the Church calendar, the drift of 10 days was deemed unacceptable.  Pope Gregory XIII, therefore, commissioned an Italian doctor and astronomer, Aloysius Lilius (ca. 1510-1576) to examine causes for the problem and recommend a solution.

The solution involved two steps. First, it required cutting 10 days from the year 1582, and second, modifying the distribution of leap years. To appreciate the impact of step one, imagine going to bed on the night of Thursday, October 4, and waking up the following day,  Friday, October 15.  Such an experience would be disconcerting to most individuals, but particularly those who believed that God created the earth in seven days and passed down instruction regarding the observance of holy days. How could mere mortals claim the right to change time, resulting in the loss of days? Of course, mere mortals created the calendar, and Easter, in the first place.

After empowering Christianity and becoming its titular head during the first quarter of the fourth century, Roman emperor Constantine played a greater role in determining the core belief and practice of this religion than any family member or disciple of the historical Jesus. Implications of this fact are many and should be of interest to all Christians and others with an interest in, or connections to, Western Civilization.

The Evolution of God in Human Imagination addresses vital questions that many have asked for centuries, including how God became man and/or man became God. Professor Gersham A. Nelson examines the evolution of God from a Judeo-Christian perspective, first demonstrating how different regional cultures and mythologies seem to have influenced Judaism and Christianity, before showing how Christianity jettisoned the most fundamental concept of God held by Judaism and other ancient religions. Professor Nelson also argues that a close examination of the Church that emerged with the imperial patronage of Rome during the fourth century repudiated not only Judaism but also views attributed to the Jesus of history.

Failure to re-examine the foundation of Christianity, including claims made by leaders regarding divine will and prerogative, after the Reformation, ensured that contradictions and confusion continue to plague one generation of Christians after another. Even when conspicuous flaws were identified in the worldview advocated by Christian teachings, adjustments would, at best, be slow and selective. Nevertheless, the growing capacity of human brings to explore, discover, and create new knowledge has continued to inspire new questions and is providing some unanticipated answers.

GERSHAM A. NELSON is a Latin American History Professor with considerable breadth and depth of knowledge in African history, the history of Christianity, and the history of Human Civilization. He is co-editor of From Outside of Western Civilization, editor of Legacy of 1492, and author of The Life and Works of Rudolph James. Dr. Nelson was Associate Professor of history at Frostburg State University in Maryland, Professor and Head of History and Philosophy at Eastern Michigan University and most recently (2007-2017), Dean of the College of Arts, Humanities, and Social Sciences at the University of Central Missouri.