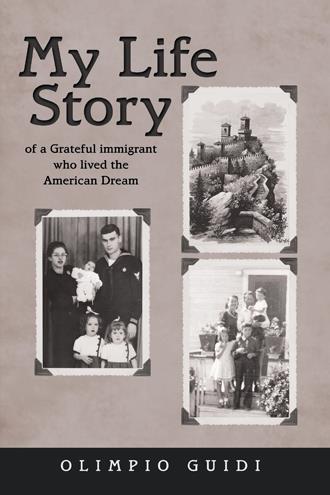 Talks about the history of the Gothic Line and the importance of this last line of defense for the Germans right before losing the war.  Relates stories told the author by three war heroes from the Greatest Generation, other WWII heroes and civilians who lived through the war.

Despite growing up amid the horrors of World War II as a boy in the Republic of San Marino, Olimpio Guidi considers himself lucky.

He grew up with great parents, great siblings, and great friends and neighbors. Although everyone he knew was poor, they all stuck together—a lesson he’d carry with him throughout his life in the U.S. Navy and over a career spanning almost forty years as a civil servant.

In recalling his life story, he shares an unlikely tale of survival that included immigrating with his family to his adopted home country of the United States of America.

He shares his appreciation for everyone who has assisted him on his journey, including U.S. Navy Cmdr. Toby Haynsworth, who was instrumental in helping him become a lifelong civil servant, culminating with an assignment to the U.S. Embassy in Rome, Italy, where he represented the U.S. Department of Defense.

Join the author as he celebrates his love of family, his passion for service, and his love for his adopted country.

“Author:  Olimpio Guidi was born in the Republic of San Marino, a small country surrounded by Italy.  Olimpio and family immigrated to the US in 1952 at age 11 years.  In 1959, Olimpio joined the US Navy and served 10 years.  While serving in Sicily he took a discharge and was hired as a US Government Civil Servant. Following 38 years of civil service, in addition to the 10 years active duty, Olimpio retired in 2006 serving the last 14 years as Liaison Officer to the Italian government, representing the US Department of Defense”.