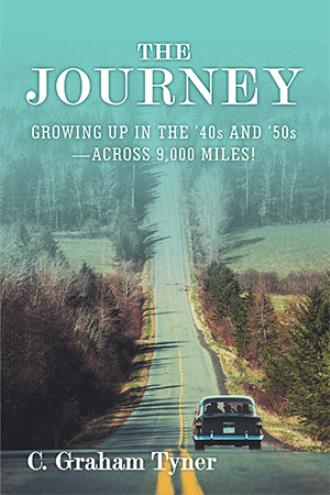 It’s too bad that as a young child you don’t have much of a sense of time.  Time spent with family, friends or just by yourself doing something that’s going to become a nice memory to dwell on, when you’re older.  I had a lot of such memories as a kid in the 1940’s, 1950’s and as I  got older, realized, were unique to that time period.  A time period in which a loaf of bread was 10 cents, a gallon of gas 15 cents, average car $1,250, average annual wage of $2,600, a postage stamp 3 cents and all obviously much less than today’s dollars due to inflation.  But things not costing as much added to the period’s simplicity.  If you had $15 dollars in your pocket, you would feel pretty “loaded” and could cover all your expenses for a whole week or longer.  (1)

This time period also produced what many believe was the “Greatest Generation,” consisting of all those young men and women who both directly and indirectly participated in WWII (1940’s). Many of which making the ultimate sacrifice and helping to keep the free world safe from tyrannical regimes.  Part of my childhood was during that stressful period.  But the word “divisive” was an unknown back then.  The country was united, spirit was high, everyone was pulling together and pride to be an American was busting at the seams.  Our flag was flying everywhere and the National Anthem and Pledge of Allegiance was learned in school at an early age, with the “Pledge “said at first period every day.  This “feel good to be an American” spirit carried over throughout my childhood and helped shaped my beliefs later as an adult.  And the following is my story and attempt to convey a picture of what it was like back then as a kid, during that classic time in American history, which I believe resulted in the “Greatest Childhood.”

With television not available for most of those years and the computer with all its games just someone’s dream and a cell phone not even thought of and building things out of Legos far in the future, it must have been boring times for kids, right?  Wrong!!  It was, I believe, the most wonderful time to be a kid.  We were never bored!  So not having all those “technology gadgets” to play with, what did kids do?  The answer is, we played outside!  After coming home from school, we got a snack from Mom, went outdoors and stayed out until dark or time for supper – every day and we played hard!  Or if we had chores to do, we got those done first and then we played.  At least that is what I did and most other kids as well.  We lived outside!

It all started for me in Baltimore, Maryland, in May, 1939, which pretty much coincided with the start of WWII.  But of course I don’t remember much until the later part of the war – 1945.  I remember the names Hitler, Mussolini and Tojo were definitely the bad guys and I would sometimes pretend that Tojo was a grapefruit and would beat him to a pulp with a stick.  We lived in Donna, Texas, at the time, which was located in the Rio Grande Valley farm belt (southernmost tip of Texas) and citrus fruit – oranges, grapefruit trees were everywhere.

With no television, everyone listened to the radio for news about the war and you always got an update when you went to the movies.  Before the main attraction began, Movie-tone News (in black and white) would come on with the RKO rooster crowing and the latest war news would be shown about action in Europe, as well as the Pacific.  Even at that young age I remember the names of Eisenhower, Patton, the Nazis, the Japs and the Allies.  I didn’t realize then, but many years later seeing some of those old newsreels, they were definitely always pretty upbeat about how the Allies were doing.  Obviously, keeping the home morale up was pretty important back then.

I also remember my Mother saying during that time, that certain foods were short of supply, like sugar, butter, some canned goods and gasoline were rationed.  In fact, starting in 1942, every family was required to keep a “War Ration Book,” that contained coupons for practically everything and the number of coupons depended on the size of your family.  Mom said that you couldn’t buy a rationed item without giving the grocer the right ration stamp.  And once a person’s ration stamps were used up for a month, you couldn’t buy any more of that type of food.  You had to wait till the next month.  The “rationing” did not end until 1946.  (2)

But my two siblings (two older sisters) and I always had enough to eat, never too fancy but always plenty of it.  I remember sometimes having Corn Starch for cereal for breakfast (mixed with water and heated), not knowing that was not normally used for hot cereal.  I know that we ate a lot of Spam and my Mother used to fry baloney for breakfast, but like I said, we never went hungry.  But to me, we seemed just like everyone else.  I never knew a wealthy person growing up.  We didn’t live in that area of town and never associated with people like that.  But it seemed there just weren’t that many wealthy people around anyway.

It might be hard to believe, but there was a time before TVs, computers, iPhones, and iPads. You may think that at worst this sounds unbelievable, and that at best it seems boring—so what did kids do to occupy their time?

In The Journey, author Graham Tyner shares what it was like growing up in the forties and fifties—and across nine thousand miles—in America, a time when the nation’s spirits were high and when kids went outside to play! As a tribute to his children and grandchildren, Tyner offers a family history before providing a window into what a wonderful time it was to be a kid in our glorious country when he was growing up. He also chronicles his adventures acrossAmerica, where he moved eleven times and traveled a combined nine thousand miles while attending ten different schools.

With so many gadgets and distractions, it is all too easy to lose the importance of these simple but remarkable times. Yet this period was a wonderful time to be a kid, and even today, its lessons can offer the next generation a model for the future.

C. Graham Tyner is a semiretired independent geologist, and he has a bachelor’s degree and a master’s degree from Baylor University; he spent most of his career as an oil and gas prospecting geologist. He has been involved in writing scientific articles, but The Journey is his first book. He and his wife live in the northern suburbs of Houston, Texas.