The Legend of the Phantom Effect 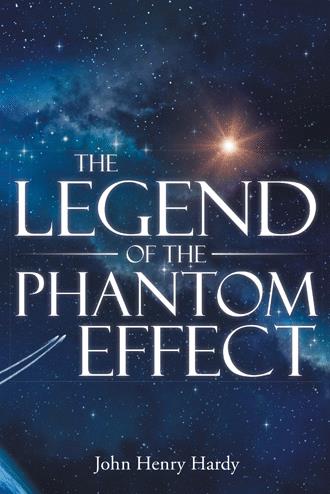 Harpie Colcek is a nosy newspaper reporter, whose task is to write an article on a strange blip that appears on the North American Air Defense's radar screen each Christmas Eve. The radar techs call it Santa's Ghost, and Harpie is disappointed until he realizes it is not a ghost at all. He inadvertently discovers the landing site of a space ship, and when he sneaks aboard he is horrified to learn that the passengers and the commander are the only humanoids aboard. The crewmen are not humans. The passengers are from an advanced civilization that is fleeing the planet Rau because its sun is dying, and they are kept in suspended animation inside of what looks like coffins to Harpie.

The FBI and the CIA believe the radar blip is an aircraft that is planting enemy spies and saboteurs on American soil, and when Harpie reveals what he has discovered, chaos reigns throughout the world, as militia groups and frightened private citizens target people suspected of being extraterrestrials disguised as humans. A warrant is then issued for Harpie’s arrest, charging him with treason and sedition, and he flees to the planet Rau with the aliens and a fellow reporter named Martha Spiller, who was originally from Rau. There he discovers a new world that has made significant progress in technology, medicine, foods, and social mores, and they are willing to share their knowledge with Earth.

Harpie returns to Earth with documents and photographs to prove the existence of the ETs and their knowledge, which is for the benefit all mankind, and confers with the President of the United States, and she reveals the existence of the aliens via the United Nations. However, China and Russia believe it is all a hoax, and carry out a preconceived plan to conquer the world.

Will a nuclear holocaust follow? Will the aliens help rescue the US and its allies? Will the human race survive and if so does it learn a lesson, or will the aliens find a more welcome and peaceful home somewhere else in the Galaxy of the Milky Way?

Harpie Colcek is a newspaper reporter assigned to write an article about a mysterious blip that appears on NORAD’s radar screen every Christmas Eve at 11:55 p.m. As he heads to interview a four-star general at Peterson Air Force Base in Colorado Springs, Harpie has no idea that what lies ahead is much more intriguing than what the radar techs call Santa’s Ghost or Santa’s Sleigh.

After Harpie inadvertently discovers the landing site of a space ship, he sneaks aboard and is horrified to learn the commander and the passengers are the only humanoids. The crew and passengers are an advanced civilization fleeing the planet Rau because its sun is dying. The FBI and CIA believe the blip is an aircraft planting enemy spies and saboteurs on American soil. When Harpie reveals his discovery, chaos reigns throughout the world as militia groups and frightened citizens target anyone suspected to be an extraterrestrial disguised as a human. As a chain of events unfolds and a new world is revealed, the future of the human race hangs in the balance as superpowers prepare to unleash a plan with the potential to change everything.

In this exciting science fiction tale, a newspaper reporter becomes intertwined with an advanced civilization from another planet as evil lurks in the shadows and threatens an apocalypse.

John Henry Hardy is a retired Marine Corps officer who has written hundreds of news releases and magazine articles published throughout the United States. Since his retirement, he has written several books including Whisper in My Ear, The Place Where the Giant Fell, When Brothers Meet and The Day God Played Baseball. Hardy currently resides in Mesa, Arizona.