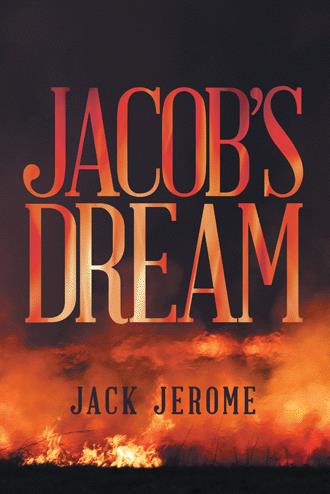 It was 2:00 a.m. when the headlights of the dark blue van blinked out even as it continued its slow turn from Tinley Street into the empty parking lot across the street from the Bach Lumber Company. The macadam-paved lot sat between two-story brick buildings like a small boxed canyon and neither of the streetlights a half-block down on either side was able to light the darkness inside.

Rolling dark and silent, the van made a U-turn and came to a stop at the rear of the lot barely three few feet from the building now on its left. For several minutes, it sat there in the dark facing the street with the engine off.

Suddenly the darkness was pierced by the van's dome light when the front doors opened. Two figures stepped out--one from each side--and closed the doors quickly. The vehicle and its passengers were cloaked in darkness again.

Betrayed only by the pale light of the half-moon, the two skulkers proceeded stealthily along the brick wall until they reached the front of the building. Together--one head sitting atop the other--they peered left around the corner and were immediately stung by approaching headlights. Jerking backwards, they flattened themselves against the wall and watched a red pick-up truck chase its beams past the lot and further into the distant right.

The taller of the two figures peeked around the corner again. This time the two-lane street was empty of traffic. Dressed in jeans and sweatshirts--one black, the other red--they crossed at a run until they reached the BLC front gate. Crouching beside the four-foot brick column that anchored both the gate's fulcrum and the twenty-foot BLC sign, they peered between the gate's tubular aluminum arm out across the empty parking lot at the three BLC buildings. The twelve-foot swing gate was designed to keep vehicles out--not people--so the latch was of no consequence.

"Somebody might see us running across the parking lot," Kate cautioned.

"Couldn't we have gotten in some other way?"

"The rest of the property is surrounded by an eight-foot fence!" Cholly replied sourly.

"No, we could not climb it! And I didn't bring my wire cutters or silent explosive kit! And parachuting in requires a plane!"

"If you're going to be such a crab-ass about this, Cholly, why don't you just go home! I can find the window myself!"

The parking lot was lighted by two twenty-five foot light poles standing thirty yards apart and paralleling the buildings at a distance of about thirty feet. Their yellowish light bathed the front of the buildings and beamed down the two driveways separating them.

Climbing over the gate, they raced headlong across the graveled lot toward the center building. Reaching it, they continued down the left side and stopped under the west eaves in an eighteen-inch wide length of shadow where the glow from the security lights couldn't reach. Side by side, they leaned back against the wall and tried to catch their breath.

"I look good in red," she answered.

"You know, if we had put this off until tomorrow night, you could've gotten your hair done."

"Very funny," she replied. "In the dark, this looks as black as yours does!"

"Kate, white looks black if it's dark enough! The idea is--"

With Cholly in the lead, they walked quickly toward the back of the building in the safety of the narrow shadow until it ended six feet short of a small window set about four feet above the ground. There, the glow from a security light mounted at the corner of the warehouse on their left cast its light on and through the window and into the main building.

Stepping from the shadow and past Cholly to peer through the clear pane, Kate whispered, "It's this one," and then retreated back into the shadow behind her husband.

Accepting Kate's reassuring nod, Cholly whispered "Stay here" and advanced to the window. Placing hands on both sides of the frame and pushing upward, he tried to raise the lower pane. It didn’t budge.

"I thought you unlocked it," he whispered back to Kate.

"I thought you had muscles," she whispered in reply.

He tried again, half-hoping it still wouldn't open. If it couldn't be opened, he reasoned, this dangerous, nerve-wracking, and obviously criminal little raid that Kate had talked him into would have to be aborted. And right now that would not be a major disappointment. However, maintaining increasing upward pressure forced the window to finally yield and jerk upward.

"'Shit'? Why 'shit'?" Cholly asked, louder than he intended.

Raising the window to its highest level and climbing in over the sill, Cholly was standing in a small alcove three feet from an aisle paralleling the wall now behind him. Beyond it, a five-foot wide aisle ran straight ahead for about twenty-five feet to meet what he assumed was the building's center aisle. He stood stock-still except for his head which swept back and forth looking and listening for any sign that he was not alone.

The only inside light came from two spotlights mounted in the ceiling at the front of the store to illuminate the register area. They also stretched a faintness of light down the front-to-back aisles. Confident as he could be that no one else was in the building, he turned to look back for Kate. Silhouetted by the security light on the roof behind her, she was facing him through the open window. Extending his hand through the opening, he gestured for her to join him inside.

Grasping her husband's hand, Kate was pulled up enough to stretch her left leg in and over the sill. In an effort to guide her through, Cholly reached for her waist and pulled her to him. As she straddled the window sill, their eyes met from a distance of only a few inches and Cholly held her there. Whatever anxiety they had been feeling was momentarily suspended as a sense of camaraderie passed between them and they smiled affectionately at each other. While they might never mention that moment again, neither of them would ever forget it.

In 1965, in South Africa, an Afrikaner teen sets out in search of his father while a Zulu hunter returns home to his four-year old son. The encounter between the fathers scars the sons in different ways and incites an act of revenge that will haunt them both forever. In 1993, in Banner, Texas, three men die in a seemingly unrelated robbery.

In 1996, Banner is visited by an extraordinary man from South Africa seeking the truth behind a nightmare that has haunted him since child-hood. His quest disrupts the placid lives of Professor Cholly Bracker and wife, Kate, and draws them into a perilous intrigue. When they discover a link between the visitor's quest and the death of Cholly's brother--one of those who died in 1993--their interest becomes deeply personal.

Given reason to suspect Banner's most influential citizen in a decades-old conspiracy that has already claimed more than twenty lives, they discover that pursuing the truth may have put their own lives in jeopardy. Seeking evidence to protect themselves, Cholly and Kate are forced to take dangerous risks and in doing so they learn there is much more to the conspiracy than a legacy of hate. Before they can act on their discoveries, the Brackers learn the "whole truth" is even more shocking than what they had come to believe.

Jack Jerome retired from a successful career in financial services and management. Having spent years writing professional articles and training manuals, he now writes fiction. Although Jacob's Dream is his first adult novel, he is also the author of The Elf Who Betrayed Santa Claus. He and his wife, Diane, live in Venice, Florida.