Callin’ Out the Gays

And the Straights and Everyone In-Between 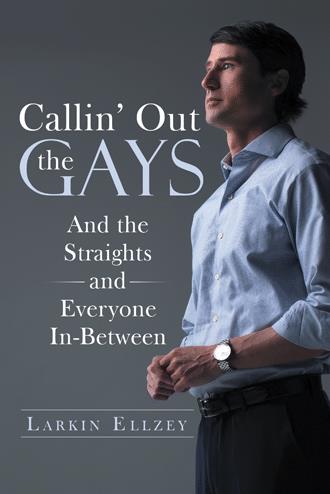 Who came up with the Nike swoosh? Did the same person coin “Just Do It”? We need to see if that person’s heirs are in the industry and, if so, hire them to be on our team. That’s the kind of pedigree we want—the bloodlines of those producing the epic symbols that represent the strongest brands out there, symbols that are positively positioned to become ingrained in our culture. The swoosh, the Golden Arches, and the NBC peacock come to mind. These symbols work, and they position their organizations as dynamic. When I think of the NBC peacock—such an unusual choice for a TV station—I think of Tom Brokaw delivering the six-thirty news to my grandparents in Greenwood, South Carolina, while my grandmother prepares dinner and my grandad completes his reading of the entire newspaper from that day. The peacock invokes solid childhood memories for me that hold true today. Now that is strength.
Who pushed the peacock to prominence, and where are this person’s grandkids or great grandkids? Let’s hire people who can deliver symbols with the same decades-lasting results and tell them to create us a name, a slogan, and a powerful logo. These items can sync up with our high-profile new leadership, our laser-focused new organization, and our unified movement to convince our society to recognize us as the assets that we are. And don’t forget about availability of cash now that gay marriage is over. We can pay for the best.
When the Berlin Wall came down, President George H. W. Bush decided to take the high road and not gloat over what was undoubtedly a Cold War victory. He didn’t travel to the site or hold celebratory press conferences. He tried to not piss off the Soviets, and that was a wise move that proved successful. It was simple and strategic, and my understanding is that Mikhail Gorbachev later acknowledged the impact.
Someone advised President Bush to do that, and it paid dividends. I want that type of person advising our campaign, someone who understands that third-party perception is (a) crucial to success, and (b) capable of being manipulated. I want someone who makes strategically sound decisions that consider how each decision will be perceived by third parties, with our only third party being the straights. These emphasized understandings are particularly important for the gays because the only obstacle is this singular third party. All we have to do is get the straights to be reasonable, rational, and sympathetic. To reach this goal, my guess is that the George H. W. Bush staff would tell the gays to chill out, dress appropriately, and be good at stuff. We need those types guiding us.
Over what seems like only the past few years, we have seen the emergence of the “vintage” barbershop where they use straight razors to shave the part into your head and put plenty of pomade (formerly known as “gel”) in your hair afterward. Someone started this movement, and it has caught on. Some genius, or possibly not a genius at all, convinced everyone that it’s not gay—in fact, it’s masculine—for guys to enjoy going to the beauty parlor. Someone convinced the world to completely reverse the popular perception of a guy openly enjoying a trip to the salon. Previously, that was ubergay. These days, the guy who likes to be primped is the same guy who loves rye whiskey, cigars, and nice wallets. Who has pulled this off so marvelously? This person seems like a valuable teammate in the PR game. Who is this person, and how do the gays hire her or him?
Straight guys now spend two hours getting ready to go to work or a party and hundreds of dollars per month on product, frequent haircuts, and beard trims. Not only is it a huge transformation for straight dudes to be able to enjoy getting styled without being called gay, it’s a huge eye-opener for the gays because it shows us that something once considered gay can be turned straight—and rather quickly.
I’ve always liked going to get my hair cut regardless of the retailer, but I assumed that was a result of my homosexuality because that’s what society told me. Now I’m told it’s cool and masculine to love getting your hair done. And this all happened overnight.
People tweet and post about it and comment on other men’s haircuts on social media. It’s a thing of pride now, and that is with a lowercase, very straight p. The former feminine stereotypes of the hairdresser have vanished, and now males—gay and straight, black and white, Hispanic and Asian alike—are permitted to openly enjoy a fresh cut without being ashamed of it in the least.
The folks with the high and tight haircuts seriously spend like ninety minutes getting ready to leave the house; that’s three hours in a day if they go out that night. These are straight men. I take two showers every day and estimate that the whole process—into the shower until ready to walk out the door—takes me a combined less than sixty minutes per day. Don’t forget that I am 99.8 percent gay, shave nearly every day, and have longer hair that adds more minutes. The line is getting blurred, friends. Straights are pampering themselves for hours, while gays are at the bar drinking beer, watching football, and crushing buffalo wings.

For thirty-eight years, author Larkin Ellzey lived the quintessential Southern and American life in nearly every respect. Every respect but one: he is the last person on earth who wants to be gay, but he is, and there is nothing he can do to change it. As such, he wants to change the stigma that encompasses the natural occurrence of same-sex attraction. In Callin’ Out the Gays, he highlights the backward reality of homosexuality and demonstrates how everyone—gay, straight, and in between—has handled the concept in a devastatingly wrong way. Focusing on the societal and political issues facing homosexual people, he proposes a swift shift in strategy and a plan for rebranding. Employing thought-provoking rationale, Ellzey presents a plea to utilize all resources in putting forward a campaign to improve the public’s misguided perception of homosexuality. On the other side of the spectrum, he questions the motives of straight people actively opposed to gay people, breaks down the flawed religious argument, and encourages gay people who are faking straight to help homosexuals out with their numbers issue. With a little bit of humor, a dose of sarcasm, tons of pop culture and political references, and an age of the internet style, Callin’ Out the Gays offers Ellzey’s unique personal story in the form of a proposal to society for a refresher and a revived outlook—one focused on reasonability as well as accountability.

Larkin Ellzey is a native of South Carolina currently living in Atlanta, Georgia as a corporate attorney. He thinks we can correct the ridiculous and ruinous stigma tied to same sex attractions, and has some thoughts on how to do so.