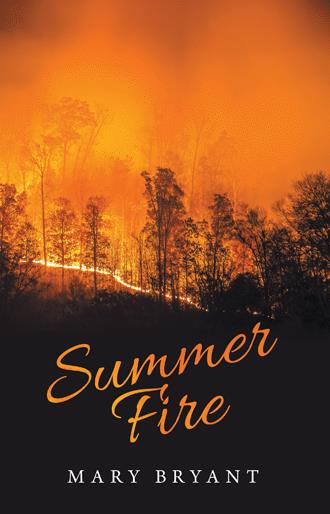 Frank lifted his head and looked toward her, their eyes met and held for a moment. She dropped her eyes and put her car in reverse and pulled away from the bridge. Away from the fire and away from the man she loved.

A beautiful young woman with long brunette hair stood next to Frank. He reached out and pulled her into his embrace. She laid her head on his shoulder while he rubbed her back. Frank lifted his head and looked toward Cammie; their eyes met and held for a moment. She dropped her eyes, put her car in reverse, and pulled away from the bridge—away from the fire and the man she loved.

Two years after a devastating forest fire ran out of control through camp, Cammie, Kathy, Pat, Gary, and Ted return to spend one last summer together. While they are primarily there to help campers settle in for the first time since the fire, Cammie faces more than the memory of destruction. She also faces the memory of lost love.

Even mentioning Frank causes Cammie pain, so she hopes to put his betrayal behind her. Once she had planned on marrying the man; now, she can’t imagine loving anyone ever again. However, God has other plans as He always believes in second chances. Just before the campers arrive, so does the past. Cammie has a choice to make: does she leave or stay and face Frank, the man she can’t seem to forget?

Mary Bryant spent many summers at camp in the mountains of southern California. She now lives in a small town in Wisconsin where she writes to share memories with her readers.