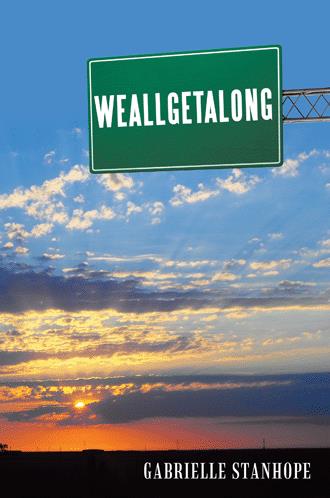 There, by the Four O’clock flower bed they were shown beautiful flowers of all varieties. Some were tall and some were short. There were red, yellow, blue, white, striped, pink and purple flowers. Taking a small cup G.G. ILovedYouFirst moved from one Four O’clock plant to another harvesting seeds collecting them in the cup mixing many seeds together. In the cup they all looked alike.

At last she poured some seeds out in her hand. She explained if she planted the seeds all in one bed some would do better than others. The yellow Four O’clock flower needed full sun and were so tall they would grow and block the sun from the shorter plants causing them be too thin to stand on their own. Some other colors did better with less sun.

Each seed had a potential life in it that would be a certain color of flower pre-decided by God, not man. Then G.G. ILovedYouFirst took a paring knife out of her pocket. Laying the identical black seeds on a cutting board she cut open several seeds. All the seeds were white inside.

“This is the seeds heart,” G.G. ILovedYouFirst said. “Inside, no matter what color their skin on the outside, on the inside they look all the same .That is what God sees in us. He sees our hearts. He sees our potential to bear beautiful flowers. “

G.G. moved over to the flower bed again. Moving the tall plants aside she showed hundreds of seeds laying on the ground. The family stood looking at the mess inside the flower bed as G.G. spoke.

“Not all the seeds the plants drop will find good soil and flourish. Many will never become the strong plants you see with these beautiful sweet smelling flowers. Again, it’s much like people. If they aren’t given the right guidance and protection they do not grow up to meet their full potential. But, even then they serve a purpose. The seeds rot and become fertilizer for the plants that do flourish.”

Melody stood in silence. G.G. ILovedYouFirst put her arm around Melody’s waist and said quietly, “It is the color of a mans heart that matters. Not the color of his skin”.

The only thing that matters in WeAllGetAlong, Texas, is that they all get along. With so many diverse characters living in the town—all with different plans for the future—sometimes that task can be challenging.

G.G. ILovedYouFirst is at the helm to watch over the citizens, ensure the first responders’ offices are stocked with fresh cookies, and share God’s word whenever appropriate. Ms. ImGoingToLoveYouAnyway is a new third grade teacher who is looking forward to her first year of teaching. As school begins, Ms. ImGoingToLoveYouAnyway is praying she is not assigned to a class with Burping Bobby, Gossiping Gerta, and Tattling Tina as students. But with co-workers like Mrs. ICanFindSomethingToComplainAbout and Ms. IDreadRetirement, Ms. ImGoingToLoveYouAnyway knows she has her work cut out for her, especially when the principal, Mr. YouBetterDoWhatISay, assigns her to a challenging class. Now as she attempts to make the best of her situation, only time will tell if Ms. ImGoingToLoveYouAnyway can live up to her name or whether she will go down in history as the only one in WeAllGetAlong, Texas, who can’t get along with anyone.

In this entertaining tale, a third grade teacher and many more diverse characters living in a Texas town must learn to get along despite their differences.

Gabrielle Stanhope grew up listening to her grandfather’s entertaining stories about life as a Texas Ranger and fighting the Civil War on both sides. In her debut novel, Gabrielle tells her own stories of love, faith, and survival with humor and, at times, a touch of irreverence. She currently resides in Amarillo, Texas, where she is hard at work on her next book.