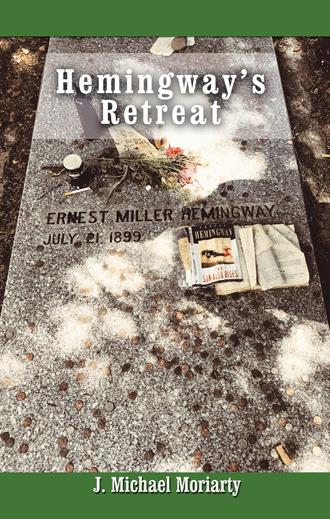 Des said we were going to town to hear a young poet on Saturday night. I was so happy I couldn’t believe how my spirit was lifted by the mention of a poet.  Of course, it was no one I had ever heard of before, but that didn’t matter.  Just the thought of hearing work from a poet was exciting.  Des said we would hear some poetry by a brilliant young man from the North of Ireland, Seamus Heaney.

Young Heaney was to read some of his poems at the local community center.  Des said there would usually be 15 to 25 people at these type of events, but on this night over 100 people were at the center to hear a 22-year-old poet who nobody knew anything about.  But all of Glin read in the paper that Heaney would someday be on the same pedestal as Yeats.

Well, the paper was right.  He was a poet you could listen to all day.  So few words and so much meaning.  Poets put us book writers to shame.  What they do takes so much more skill.

“I want to share with you a poem I’m still working on, but it is all but complete,” young Heaney said.  “I read it every day to myself, so I might as well read it to you.  See what you think.”

He then proceeded to read from a poem he said he was calling, “The Digging.”  It was about the hard work done by his grandfather in digging turf.  He admitted he may not have the physical strength and stamina of Grandpa, but he had his pen and he will dig with it.  Not for peat.  Heaney will dig for truth and understanding in the land he knows.

After more readings of short poems, there were some cookies and such provided by the members of the Glin Community Center.  We had a chance to meet poet Heaney.  I congratulated him for his fine work and encouraged him to stick with it and told him someday he would find himself on the receiving end of the Nobel Prize in Literature for his poetry.

“Thank you for your kind words.  Normally I would want to say you are a little too optimistic about my work.  But, with you, Matt, I feel like you know whereof you speak,” Heaney said.”  It means a great deal to me sir.  What, what you said.  I don’t know how or why we have been brought together for this meeting, but I want you to know I will always remember this moment.  And I will not let you down.”

How strange, I thought, that this young poet would accord such high praise to me, a reporter.  Everyone was told I was a war correspondent and reporter in the US and Canada.

“I remember the words of a war correspondent,” Heaney said.  “Being a journalist is important, but writing fiction is more important, because a writer has only so much creative juice.  A writer’s job is to tell the truth.  And, with a fidelity to the truth, he can produce a truer account than anything factual can be.  He has the time and scope to create an absolute truth.”

I realized he was quoting me from Men at War, the Introduction, that I wrote back at the beginning of World War II.  Pretty close to home, I thought.  Then I thought how true it was.  There is only so much juice.  And mine is gone. I know that.  And I’ll be lucky if I can get back to being half the journalist I once was.  Even to be a cub reporter again.  An old one at that.  Fine. I’d do it in a heartbeat.

But, Heaney, what’s up with the Hemingway quote, I thought.

“Desmond, thank you for coming to the readings.  And thank you for bringing your cousin.  It has truly been a great honor that I will always remember.”

Des looked at me with a puzzled look. He never said anything.  Nor did I.

“Sir,” Heaney said to me, “I wish you all the best in your recovery from the slings and arrows which have knocked you down a bit.  But as the famous poet said, life has its setbacks.  Ultimately, they do us in, I suppose.  But, as you recall, Hamlet, in his soliloquy, thought about taking a shortcut and ending it.  He would just skip the slings and arrows of outrageous fortune.  But we are better to fight on.  So, fight on Sir.  Fight on.”

“Matt, this is my friend, Eddie O’Warin from my Belfast country.  He organizes all these events so I can get out and meet people and carry on the Irish tradition of making poetry for the Irish people.  And he also is a great listener and knows the people of Ireland.  He helps me understand too.  And then I can write my poems with more awareness and empathy.”

“Hello, Eddie. I think we met when you were a youngster, and your father Roger brought you and your brothers on a tour of Glin Castle.  You had an older brother and a younger brother, I recall,” Des said.

“Yes, I remember that my brothers Roger and Joe and my father, Roger, all visited a castle here in Glin.  It was a great visit.  If you remember, my Mother was a Fitzgerald, and she wanted all of us boys to visit the historic home of the Fitzgerald clan.”

“You can always visit the castle, Eddie,” Des said.  “Please bring any members of our tribe or any other tribe.  We love to show our history.  That way we can help preserve it.  That’s my mission.  Preserve history, especially the old architecture of Ireland.  The buildings, churches, sacred sites. Our heritage.”

Then they were off to Cork for some more readings, and then on to Dublin to finish up the road show.

“It was with some pleasure I joined Hemingway on his literary and sporting tour of Ireland circa 1960.  He meets all the greats from the very grand Knight of Glin who was his guide, philosopher and friend.  They meet all the great literary figures of the day including John B. Keane in Listowel, where they take in a days racing.  They go on to meet Nobel laureate Seamus Heaney and a host of others.  To cap it off, the greatest horse trainer of his generation, Vincent O’Brien, meets them and they hunt with the iconic White Heather Harriers.  All in all a great read, particularly for Hibernophiles.”

(The Voice of the Irish Equine Industry)

“On July 2, 1961 the world was not ready to let go of Ernest Hemingway.  In his debut novel Hemingway’s Retreat J. M. Moriarty proposes what if the world did not have to. The novel follows a defeated but not destroyed writer hiding and trying to find remnants of his former self.  It is a unique and engrossing tale, which unfolds in castles, pubs and the beautiful rolling hills of Ireland.”

The life of action and fame has finally caught up to Ernest Hemingway, prompting him to contemplate whether he can go on living. Now as he faces the age-old question of whether to live or to die, Ernest makes a life-altering decision to choose both.

After he fakes his demise, Hemingway is pronounced dead on July 2, 1961. While the world learns of his death, EMH transforms into Matt Fitzgerald. With the help of his friend, President Kennedy, he moves to Ireland to live in a castle with a cousin of the president. As his new life begins, Fitzgerald travels through Ireland, learning about its people and history. Even as he searches for peace, it is only a beginning for him. Although his will to live is still there, his ambition has been tempered. As Fitzgerald’s need to understand returns as a goal, his desire to tell basic stories becomes a driving force. Now the real question is whether his new life will keep him going or whether he will once again plunge into the darkness of depression.

Hemingway’s Retreat shares an imaginative account of what would have happened if the famous writer had faked his own death.

J. Michael Moriarty is a trial lawyer who started out as an investigative reporter in college. After a lifetime of lawyering, he has happily returned to his roots in his writing. Moriarty currently resides in Omaha, Nebraska, where he is working on two books—one about Hemingway and another about a young Hunter S. Thompson.