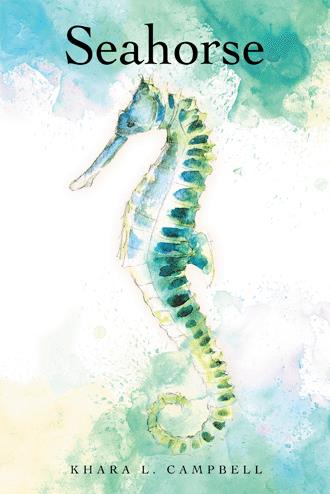 "Caroline's lungs had fluid in them, which prevented her from breathing. We were able to extract the fluid and stabilize her."

"Your baby is fine," he smiles. He takes a pause and continues. "I don't want to cause alarm, but Mrs. Shaughnessy, we found a small mass in your lung."

The word hung in the air and echoed and banged around in my brain. What did he say?

"We don't know. We sent the fluid to the lab for tests."

"Well, what could it be, if you had to speculate?"

"It would be irresponsible to speculate until we get the results back."

"Isn't that what speculation is?"

"She's an athlete." Chris interrupted, "The bill of health."

"Look, Mr. and Mrs. Shaughnessy, I know this whole thing has been traumatic. The point is not to jump to conclusions. Easier said than done, of course, but..."

"Not all tumors are malignant, baby. And Caroline, it's not. It could be a million things, right Doc?"

"Exactly. Mrs. Shaughnessy, with your age and history, it would be highly unlikely it's anything to worry about. I hear you've run Boston."

"Well, young, non-smoking women who are competitively healthy don't have to worry much about cancerous tumors in their lungs."

"With regard to cancer, you are."

"I have a geriatric pregnancy, but I'm young? Assholes," I say, without realizing or caring. Oops. "Listen Doc, I worry about everything, especially now," resting my hand on my belly. "So the sooner we get those results and put my raging anxieties to rest, the better."

"I understand completely." he says.

"She's perfect. Mr. and Mrs. Shaughnessy, get some rest. Have a drink, or a sip, relax. We'll have the labs in a few days." And he turns on his heels, leaving Chris and I in the loaded silence.

With passion, heart and powerful storytelling, Khara Campbell gives us our next great Boston story of love, life and inspiration. Campbell's knack for seamlessly mixing pop culturism, modern romance and big picture life perspective is refreshing and heartwarming.
--Dave Wedge, New York Times bestselling author of 12: The Inside Story of Tom Brady's Fight for Redemption, and Boston Strong: A City's Triumph Over Tragedy.

Campbell's Seahorse is a poignant story of life, loss and everlasting love, a rare and beautiful perspective on the fight to pass our legacy onto the next generation. The characters bring me home and remind me that I am the best parts of my mother, my father, and that we, too, have something to pass on. A story that should be read by every mother, daughter, and feminist fighting for the next generation to be better.
--Elizabeth Bohnel, senior producer and founding member of MAKERS: Women Who Make America

Caroline and Chris Shaughnessy don't fit the small town New England mold. They weren't married and pregnant by thirty. They don't strive to get into the most exclusive golf clubs, money doesn't run in the family, and they've carved their own paths. Caroline is a self-made boss in a traditionally male role, while Chris teaches at an all-women's college.

Basically, they're the couple that has everything--great looks, careers, health, and home. They have everything--except a child, and no one in Cohasset, Massachusetts, lets them forget. The pressure of so many unsuccessful pregnancy attempts and her family's stinging doubt are driving Caroline to the breaking point until one June afternoon when she gets the news that she's expecting.

Everything Caroline and Chris have ever wanted is coming true. Thrilled to be a mother, Caroline goes out for her routine morning jog and collapses. She is rushed to the hospital, where they learn she has a cancerous mass in her lung. This must be a mistake. Caroline is an exemplar of good health. Now, Caroline and Chris must make an impossible choice as they fight for love and run the marathon of life.

Khara Campbell lives in Los Angeles. She has been on both sides of the camera, from directing short content with Eva Longoria, Missy Elliott, and more, to starring in Funny or Die's "Lightning Dogs." Writing was her first love, and she continues to create stories and characters that come to life on the page and screen. You can follow her IG @kharacampbell1.