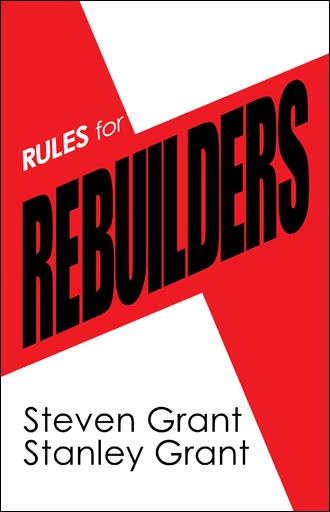 A group of businessmen from the across the nation have come to UN headquarters, to transact business and meet with global leaders.  Upon hearing of their arrival, the highest ranking official from the State Department schedules time with them, to discuss national matters.  When he asks about the state of the Union, this is their response.

The citizens are oppressed on practically every front.  Border security is nonexistent.  International terrorists have easy access; there are enemies within.  Illegal aliens have free access to the nation’s resources, and they enjoy more support than natural born citizens do, from the global community.  The nation, once known as a shining city set on a hill and a beacon of liberty and prosperity to the world, is no longer a land of equal opportunity.  Now, she is pillaged regularly for the purpose of redistributing her wealth.  It is called taxation, but the people know it for what it has become; theft.  Tariff and trade regulations have enriched global businesses, and closed factories and production centers across the land.  The economy is designed to benefit only the elite.  The middle class bears the brunt of the tax burden, and there are no controls on interest rates.  Banks are not helping the little guy, they are taking everything from him, enslaving him to a lifelong yoke of credit, and just getting by.

For the younger generation, this is all they know.  If they are lucky, they may have heard of the rule of law, but only as a theory.  All they have seen is a President who rules by charisma and executive order, without any checks and balances.  He’s a well-tailored empty suit, but he sure talks pretty.  What he says goes, and he is always in lock-step with the global community.  The citizens really have nowhere to turn.  The power brokers, pawns who have sold their souls for a seat at the table, do not represent the common man.  The citizen’s only recourse is to be subservient to the self-serving establishment.  In short, national sovereignty has been all but destroyed, and the people are subject to the whims of foreigners who hate...yes, hate...their nation.  Oh sure, people are eating, working, and getting an education.  The nation is still referred to as one nation under God.  But she no longer enjoys the liberty and prosperity that were bought and paid for with the blood and virtues of her forefathers.

This is actually a picture of Judah and Jerusalem during Nehemiah’s time.

If it sounds all too familiar, it’s time for Americans to get real, because it’s not going away until we get serious about changing things.  Nehemiah had a great job, and an excellent career.  But the news from Jerusalem drove him to his knees.  He actually cared about his nation more than his position, and he was determined to do something about it.  He was determined to risk it all, even on pain of death.  So if you can stomach the conversation, let’s put first things first.

Making our nation great again does NOT begin with:

Universal health care, regardless of which narcissist it is named after.

Doing the same things over and over, with the same crop of leaders.

Today, there is too much business as usual, and not enough radical departure from the “norm.”  If you think that making America great again is all about electing Republicans, and coming up with some new spending plan, consider this; in spite of the pendulum swings, from one political party to the other, for decades, nothing has changed for the better.  Instead, things have been getting worse, because both parties are committed to the status quo.  Both parties are committed to globalism.  Both parties are trending to the left.  Both parties see themselves as elite, and the people as their subjects.  They are interested in three things; consolidating power in their hands, removing it from yours, and getting reelected.  “By the people, for the people” is not on their radar.  The God we were founded under is only present in TV-ready sound-bites, or is used for closing speeches.  Are you OK with this?

For decades, American exceptionalism has been devoured by globalists, socialists, progressives, and the godless. Faithful patriots have been negatively branded for loving liberty, the Republic, the Constitution, the rule of law, and the truth that America exists as one nation under one God.

Rules for Rebuilders pulls from a proven blueprint rooted in history to bring the pattern for national renewal into today's contemporary language. National renewal has happened before, and it can happen again. With Scripture references provided, RfR outlines a thirteen-point plan to make America great again.

* The State is Not God

...it is guaranteed to melt snowflakes. We wouldn't have it any other way.

Order your copy (or several) today!

Steven Grant is a pastor, author, and musician.

Together, they are working to rebuild the United States of America for the glory of God and the advancement of the Christian faith.