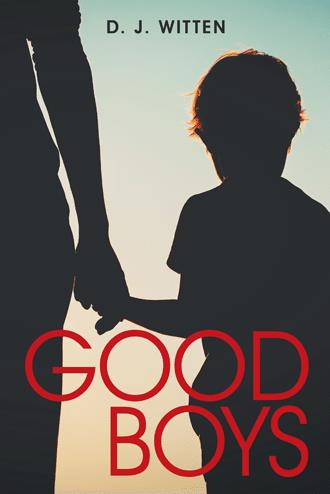 Jim closed his eyes, held his breath, waited. He was just about to revert back to pounding on the door with escalated threats when he heard steps inside moving towards the door and finally the click as the door unlocked and swung open.

Geez, Jim reminded himself, looking down. He’s just a kid, so small there looking up at me. Kyle apparently hadn’t gotten much sleep either. His eyes were red, and it didn’t look as if he’d washed his face or brushed his hair. He probably hadn’t had breakfast yet either Jim realized. “Hey, Kyle,” he said, trying to keep his voice calm. “You probably haven’t had breakfast do you want something?” A small voice came back to him from a face full of light freckles and innocent looking brown eyes. “No… I already had something … a power bar in my desk”. His voice seems so small to Jim.

Jim didn’t know what to do next, so he backed away and walked back to the family room hoping that Kyle was following. Katie was there already anticipating Kyle’s limited breakfast menu. She silently handled handed him a cup of fruit yogurt and a spoon and pointed him towards a chair.

Obligingly, Kyle sat down holding his yogurt and spoon with shaking hands. He was unsuccessfully fighting back tears.

Jim looked at him unable to suppress the first impression that rose in his mind. Come on kid, be a man. Shut the damn crying up and tell us what you did. He pushed the thought down, doubtful that Kyle would be responsive to the suggestion. Kyle was by far the gentler of the boys, timid even, wanting so desperately to be liked, to have friends, always looking for approval, needy even. So how the hell did this kid get into this mess?

Katie took the initiative as she always did when they had discipline issues with the boys. She was the explainer. Jim was the enforcer. Katie sat there with her own hands shaking as she held a cup of coffee close to her body almost as if she was shielding herself from danger.

“Kyle,” she started, leaning forward still holding her cup of coffee, shielding herself. “You know we need to talk about what happened yesterday. You know this is very serious but we’re here to help you. But first we need to know exactly what happened from your point of view.”

Jim clenched his own cup of coffee between his hands. What he really wanted to do was to scream at the kid. What the hell did you do? How stupid could you possibly be? He swallowed his thoughts with his coffee.

Kyle look back and forth between his parents, ducking his head quickly when he saw his dad staring at him before turning his attention finally to facing his mom.

“I don’t know, mom I don’t know. I guess I thought it would make me cool having something none of the other kids had. I guess I just wanted to show off a bit. I know I shouldn’t of brought my iPad to class. I’m sorry. I know I really screwed up. I’m sorry.”

Katie and Jim both simultaneously turned and looked at each other, both hoping the other would know what to say. At last it was Katie, the explainer, who took the stage.

“Smut.” Jim said.” Dirty movies. Pornography. Where the hell did you get it?” He let his rage turn each word into a knife.

Kyle looked up, sheer terror in his eyes and then quickly stared down at the floor again. “Yeah, I know, we’re not supposed to have that stuff. But everybody else does. Will shows me his stuff all the time, he even showed me how to find the sites on my iPad and downloaded a few things for me.” Kyle looked up, his eyes pleading for them to understand that if it was something that Will did then it had to be okay. Right?

And there they had it. It was Will even as they knew in their hearts after all. Jim continued to follow the money trail. “Will, so it was Will. So he put things on your iPad? How many times did Will show you this shit?”

“Jim… A minute.” Katie turned from looking at Jim to looking at Kyle who still could not lift his head and face them. Her voice was incredibly soft and slow. She was in councilor mode. “Kyle, honey, but why… I haven’t seen it but they told me it was awful.” She still couldn’t really say the words. “Why do you want to see someone hurt like that? A girl? Why?”

Will was squeezing the yogurt cup so tight it was about to break. “I don’t know it’s…. it’s …. Will said girls like it.” The words came out in a rush, half crying, half pleading. If he explained it, they would understand, and it would be okay. “It’s what they really like. He says the really nice ones, they’re the ones who really secretly want it but won’t admit it. Besides, he says it gets him hot so he can be with his girlfriend. I’m sorry, I’m sorry, I know it’s wrong … “ His words became a wail of tears. “But it seemed so cool. I thought the other guys would really look up to me then. They liked it too. Except for Tommy, he’s the one I think that turned us in. He’s the one that ratted us out.” His crying was hysterical now, tears rushing down his face, snot dripping from his nose.

Jim Ferraro has just returned home from a four-day business trip when his wife, Katie, delivers devastating news. Their twelve-year-old son, Kyle, has just been expelled for downloading violent pornography onto his school-issued iPad and then showing the photos to his friends. The news is particularly devastating for Katie who must accept that her son’s poor choices have now left her job as a school guidance counselor in jeopardy.

Doubtful that Kyle acted alone, the Ferraros soon discover that their suspicions are correct. After Kyle tells them that his older brother, Will, helped him download the sites, the Ferraros journey through despair and destruction as they attempt to save their boys and guide them down a better path. As their challenges begin, both Jim and Katie must deal with angry parents, determine how to return Kyle to school, and ultimately deal with Will and the addiction they never realized he was battling. Now only time will tell if they can transform their despair into redemption as their lives forever change.

Good Boys is the story of a family’s challenges as they battle seemingly insurmountable obstacles while attempting to come to grips with their son’s debilitating addiction to pornography.

D. J. Witten is a psychologist and executive coach with a long career in the public and private sectors. She has held a variety of senior roles at several management consulting firms. Witten now lives in Colorado where she is dedicating more time to her writing, her passion for nature, and her pursuit of Tibetan medicine and meditation. GOOD BOYS is her first novel.