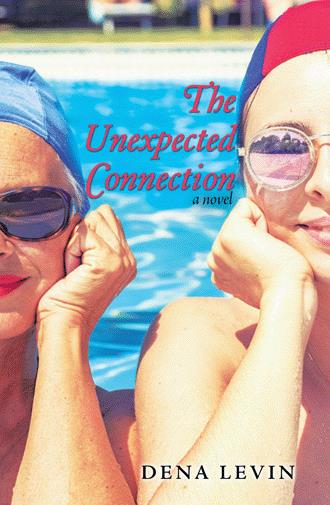 I was sitting at my grandmother’s condominium pool my first morning in West Palm Beach when I met Michelle and gleaned so many insights about life. I was able to return to New York City knowing what I had to do. When I returned to the city I started my new job and accepted the challenges that it brought with it. I had also left Florida with thoughts of reevaluating my relationship with David and giving him a call when I returned. Don’t you always hear people say that things happen for reasons!
Throughout the years whenever I visited my grandparents I would routinely enjoy going early to the pool before the regulars came with their mahjong tiles, decks of cards, and their snacks in tow before leaving for the predictable early bird dinner which was decided upon after much rumination. It was my first morning at the pool when I noticed a woman doing water aerobics by herself.
She was attractive and looked to be a woman in her fifties. I would say she spent about forty-five minutes working out. Her routine looked methodical and very meditative. I was actually mesmerized watching her. She seemed to spend the same time doing each exercise routine. I was very impressed. When she got out of the pool I realized she was a trim attractive woman with long blond hair. She greeted me, making a comment about appreciating the warmth after leaving the frigid temperatures back north. I guessed her to be from New York also.
I went back to reading The Danish Girl. I had seen the movie and loved it. After drying herself off the woman took out a notebook and began to write. We were still the only two people at the pool. Her phone suddenly rang breaking the silence of the morning. She answered the phone and had what appeared to be a very animated conversation. To be honest, I stopped reading and eavesdropped. This is what I heard of her conversation.

“Hi Jake, how are you? I told you I would be in Florida for a week…

You called me because you were lonely! …

I’m flattered but I’m at a pool and hate to disturb the other people by talking on the phone.

You got to be kidding since we haven’t even met in person as yet. I hope you are only pulling my leg! ….

In any case, I will be home in a week. I really must hang up. This is not the time or place for us to have this type of conversation. …

Thanks, I plan to relax…

Take care of yourself…

When she got off the phone she said, “Sorry for disturbing
you!”

Honestly, I had found her conversation quite entertaining.

I had already presumed. I responded, “Nothing to worry about. I’m here to relax and get away from my every day existence.” At that point we introduced ourselves. Her name was Michelle and as I mentioned my name is Vanessa.

Michelle explained, “I am a widow and using online dating services. Knowing how arbitrary the dating game is and the particular fellow’s sensitivity to rudeness, I was concerned that if I told him I couldn’t speak to him he would take that as rejection. Since I haven’t met him in person as yet I initially wanted to leave the door ajar. Now I’m not sure!”

With a sweet sense of humor, she said, “I bet my conversation was good listening material for you!”

Of course, I said,” Don’t feel badly I probably would have done the same thing. Dating now-a-days is a real challenge.”

Before she left for lunch we had a brief conversation about online dating. Upon comparing our online experiences, we both were surprised that they were not that dissimilar though our ages were significantly different!
In essence I realized as I told Michelle, “Each of us is having a difficult time finding reliable, sane, respectful, considerate, honest, and intelligent men. Honestly, I only thought younger men were self-centered!”

We both agreed that the men did not present themselves as who they really were. Michelle then left to meet her friends saying that perhaps we would see each other at the pool again. As it happened we met every morning for our entire stay. Friends of hers had lent her their apartment while they went on a cruise so she was able to stay there for her winter break from school. She’s an educator and was fortunate to have wonderful vacations. I told her my mom too had worked in the schools and I had memories of terrific trips we had taken when I was a kid. It was those subsequent mornings that I learned so much about Michelle and about life. We actually have remained in touch and have developed a very meaningful friendship.

While sitting poolside near her grandmother’s West Palm Beach condo, young millennial Vanessa overhears a strange conversation: “What, you want to have phone sex?” Accustomed to little more than old folks with their card games and early bird dinners, Vanessa is shocked—but intrigued—and soon makes the acquaintance of Michelle. As it turns out, Michelle is a widow trying online dating, while Vanessa is single and still recovering from tragic loss.

Their morning meetings become a comforting daily occurrence. Separated by decades in age, the two women are extremely similar in many other ways and become fast friends. For Michelle, being single, no matter what age, is a roller coaster: one can accept the excitement and unpredictability or get off the ride. Michelle has learned to embrace the ride, and she encourages Vanessa to do the same, no matter past trauma.

Michelle even gifts Vanessa with her memoir, Keep Walking, based on her life as a widow and her baby boomer dating experience. At home in New York, Vanessa will have decisions to make as she has a new job waiting and a possible relationship in the wings. Michelle’s insights and optimism change everything. Surviving life is a challenge, but to thrive, young Vanessa must find her authentic self, all with the help of a serendipitous friendship by a Florida pool.

The Unexpected Connection is a provocative book filled with timely stories, insightful reflections, and humor that readers of all ages, gender, and personal status can relate to. As the tales are told, the reader becomes witness to the inner struggles and ultimate growth both Michelle and Vanessa experience. As with The Dance Partner we may love to dance but finding the right partner is a challenge.

Dena Levin is a New Yorker who received her master’s from CUNY’s Brooklyn College. She is a speech and language pathologist, writer, and painter. Author of the stage play Keep Walking, she is the proud mother of four and grandmother of five. The Unexpected Connection is her first novel.