A Tapestry of Words 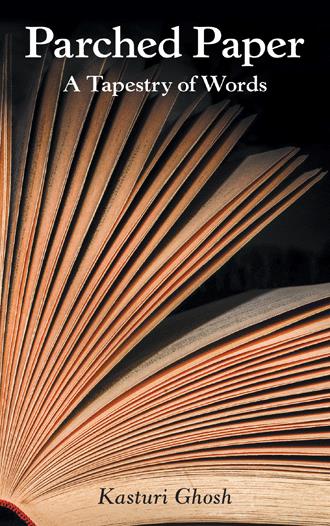 I met happiness today, well ran into her really

I was balancing my brown paper bag, when a large Granny Smith apple made a run for it.

I was just ready to pick it up, perilously balanced on my haunches; when happiness ran by.

And in meeting her clear brown eyes, her shy smile she left me with a lilting tune humming in my head

He tipped his cap at me, and said

Have you seen such a clear blue sky, it's wonderful to be old, so much time to just sit

The bus came by. You first, I said

No I will take the one at the end of my cigarette, he smiled

And I stepped into the bus, leaving all my daily cares behind, with the old man’s smile on my face

I met happiness today he had nine tattoos

Etched on his face, arms and neck. I counted while in queue to pay my bill

A serpent and musical notes collided under his chin, and disappeared into the neck off his orange T-shirt

He sat on the pavement outside the shelter, and carefully tore into exact halves a crusty looking bun

He munched his bit and scratched the pup behind its ears

The lady at the counter motioned to me

And I stepped forward, with a little tap-dance playing in my ribcage

It's real, that which they call happiness

It doesn't have a calling card, or listed in the phonebook

You cannot get into your car and drive to its residence

But, it's to be found

Wandering the streets and just where you were not looking

You may run into it.

“When are you truly happy?”

“When I am writing”, she said.

Creating worlds out of empty space, breathing life into blank pages, quenching Parched Paper with the ink of life. For I am mortal and will fade away into dust and air, but my words will live and breathe and my voice will echo across the void of time and space.... and thus will I live forever. This book is born out of that desire to leave behind the essence of me, in ink.

Parched Paper, is a collection of poems expressing the many hues of human emotions- some clothed in subtlety, others laid bare in raw, naked verses yet all strung by the common threads of hope and life. This tapestry of words will resonate with you, and leave you smiling or pondering, long after you have shut its pages.

Kasturi Ghosh is a banker by profession and a wordsmith by compulsion. She has built a career that has allowed her to set up home on three continents and visit dozens of countries, allowing her to observe the intriguing cultural diversity of geographies and the common thread of human emotions that bind us all. Kasturi lives in Vancouver with her spouse and aquamarine-hued pet fish.