What Comes of Dreams 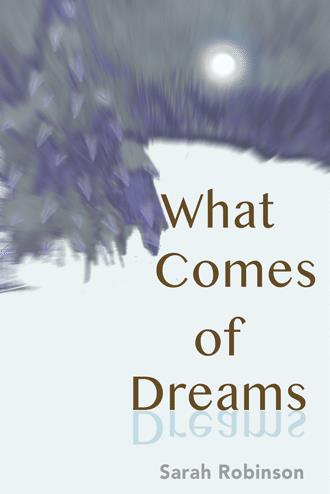 The only comfort for Bob was that the Old Person at the end of this journey always had a biscuit or treat for him. She had also pulled out an old dog bed for him to rest his achy bones after the arduous journey. Finally reaching her front porch, Bob trudged up the steps and tried to fit his body on the large pillow. His head hung off the edge of the bed, and his paws rested on the cool planks of the porch. The bed smelled like another dog, but he had yet to see the interloper.

Perhaps he too had just been a visitor, Bob thought as he groaned and maneuvered into the most comfortable position possible given the circumstances. Or maybe the Old Person made him go on one too many walks... Bob closed his eyes and listened to His Person and the Old Person chat. The Old Person had already given him a biscuit, but he knew they were eating, so he was on alert for any crumbs that might fall his way.

The sound of the truck's engine made him sit up. It was unlike any he had heard since they arrived here. It slowly came into view, and he watched it intently to see if it would continue on its way or turn up the drive. When it made the turn into the Old Person's drive, Bob rose to his feet and stood squarely between the front steps and the Persons behind him. If whoever this was wanted to get to them, he would have to go through him first. He lowered his haunches and growled low, knowing that was the most menacing of his sounds. He felt His Person pat his rear, trying to reassure him. He wasn't about to take her word for it though. When the new Person got out of the truck and approached the porch, the hair on the back of his neck stood straight up, and he loosed another warning growl. This Person had the same look in his eyes as the squirrel who lived in the tree in front of their house. He decided this one would be known as the Squirrely Man.

Madeline Chambers lives the life she always wanted--that of a successful writer—until a highway accident in Virginia changes her in a way she never could have imagined. Waking in the hospital, Madeline begins having terrible nightmares of a child crying, being chased down a hallway, and eventually being strangled and pushed down stairs. She soon realizes her dreams are not her own but that of her hospital roommate.

Suddenly being able to see the subconscious fears and desires of people in her life terrifies Madeline. She moves to the small remote town of Suffolk, Vermont, in the hopes that her seclusion will provide relief from the invasive dreams. She also hopes to reinvigorate her creativity. She soon meets Sam, a hearty New England woman and neighbor who becomes her friend. She also meets Drew, Sam's son and the sheriff of their quiet town, who quickly charms his way into her life.

Anthony is a former student of Sam's who has returned to Suffolk looking for work after many years away in Boston, but Drew is immediately suspicious. Anthony's motives for being home again don't make sense, and after several disturbing dreams, Madeline is horrified to learn Anthony's presence in her peaceful town is a dangerous threat. Madeline sought the quiet, but now she gets anything but--as her dreams lead her further into darkness and possibly death.

Sarah Robinson is a Marine Corps spouse who has called many places home but was born and raised in the Washington, DC, area. After taking time off from teaching to stay home with her newborn son, Sarah turned writing into her creative outlet. What Comes of Dreams is her first novel.