by Cecil A. Brown 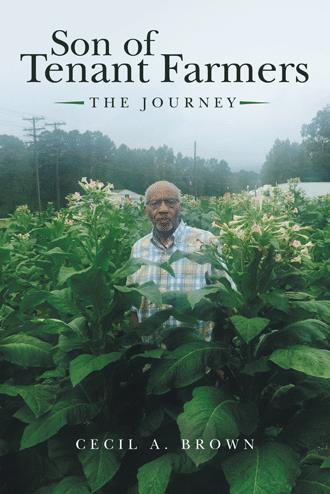 An editorial appeared in one of the regional newspapers concerning the staff that the Mayor had assembled by employing department directors from outside the State of Louisiana. To show the newspaper’s true colors, they used cartoon characters of animals to represent each department along with the salaries of each director. The animal used to represent me was that of a raccoon, hanging on a tree limb by the tail, with black rim glasses and my salary of $29,900. Welcome to Shreveport!

Cecil A. Brown was born in the rural South seventeen days before the bombing of Pearl Harbor to a family of tenant farmers.

Growing up, his family did it all: the planting, harvesting, and marketing. The landowner provided the land and took a significant portion of any proceeds.

Somehow, Brown’s parents sent all nine of their children to college, with the author earning a bachelor of science in agricultural education and a master’s degree in counseling. In this memoir, he recalls what it was like growing up amid racism and segregation.

At one point, he was paid less than two fellow white employees because he had graduated from a historically black university.

Another time, he was told by a white man that there were no blacks in the South qualified for a promotion, but perhaps there were some in New York.

Join the author as he examines our not-so-distant racist past, and how he overcame racism, anxiety, and alcohol abuse to live a life filled with meaning and love.