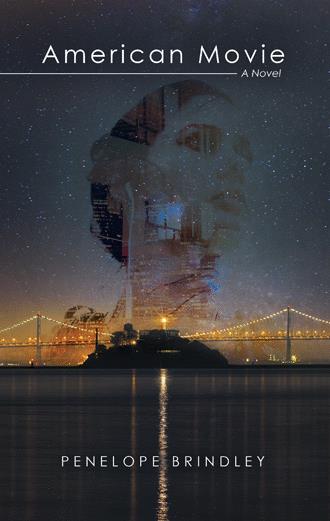 It started the day Stephen Toledo came to audition students for his directing workshop, they camped in line for three days rehearsing scenes from box office hits because the Los Angeles Institute—known to intimates as Little Hollywood—didn't teach art, foreign film, or navel contemplation, Little Hollywood taught movies--the Industry way, the only way.

Sam’s case was an exception, Little Hollywood didn't know she was at the Institute to do research for a novel ten years in the writing, her film scripts were intensely disliked by the writing professor—too internal, movies are external, movies are visual, movies move—yet when she made them into films he liked them and always asked if she'd really shot them herself.

After a year her money was gone so she wasn't a student the day Toledo came to Little Hollywood, still she had to see him, the man who produced his films independently, a crime in Little Hollywood tantamount to making art. Toledo's pictures were in the auteur tradition—the author as director and sometimes, star. Toledo the star. Arrogant and unburdened by experience as Sam was, she didn't like them very much—their limitless narcissism, their Hollywood character in spite of his much touted independence—but she thought Toledo the man might give her valuable insight for her novel.

The morning of the audition he was true to his reputation for being late, it was three hours past the scheduled time when a camouflage green amphibious car drove up to the sound stage door, Toledo got out dressed in white jeans and the ancient Navajo vest he was famous for wearing on shoots. His mirror sunglasses Sam remembered from the Vietnam film, and he took them off the same way he had in the first scene of that picture, pushed them up his nose and forehead into the wild corkscrew hair that flew around his eyes, their deep sockets with halfmoons under, black, still—that illusion of them looking directly at you. Students clamored around him but Toledo didn't notice, he was looking for someone, something lost, he squinted at the smog-filtered LA sun, the heels of his hands rose and pressed his eyes—also exactly as on film—his fingers continued up his forehead, knocked off the sunglasses, raked through his hair—the chaos of black curls—just as it was in the film, the The Correspondent. Several days of beard together with the raging eyes made him look hung over, doubtless from the ever present Courvoisier he was known to keep dangling from between his fingers during shoots. He looked as if he could use a hair of the dog now.

Media jocks spilled out of vans and trucks, as if they'd followed Toledo, with his terrible eyes looking past them, through the jungle of their microphones, as if it were all part of the smog.

One of the reporters stuck a mike in Toledo's face and said, "Is it true you're doing a workshop at Little Hollywood to find talent for your new picture?"

"Everyone knows you're working on something."

"There's no picture," Toledo said, "and for that matter, no talent."

Stunned silence, even the students' mouths dropped open, "You mean talent is a myth?" one said.

When Toledo didn't answer, another jock said, "If talent doesn't exist, what does?"

A laugh sounded shrilly through the new waves of media pros flowing from more vehicles, joining more students, workshop auditors, onlookers, former students screened out of production, looking for a way in, scrambling to get to Toledo yet parting like the Galilee for his boots, white with Malibu sand, driving through the breathlessly silent throng, up the stairs of the building that housed the sound stage—in a perpetual state of renovation, "Reincarnations to rival the Parthenon," Toledo was once quoted as saying. Now he stood at the door held open by students, turned to the crowd and said, "Who has an original scene for all this?"

"What do you mean—for all this?"

"How can there be an original scene without talent?"

Students laughed nervously. "We were told to have a scene that works!"

Sam stepped forward and said, "Something so tried and true you can show it to investors—"

Toledo looked her way as a student cut in, "We were up all night!"

Silence like atomic aftermath, the crowd parted around her—not reverently as for Toledo, but to avoid the contamination of her drop-out status—as nameless voices shouted.

"This workshop is for students!"

"We paid our tuition!"

Toledo stared through them at Sam, beckoned—and a hundred media techs turned their cameras on her, knees shaking as she climbed the steps—she with no scene, no idea at all of what she would do or why she’d brought this on herself, her lie ringing in her ears. Students snickered, stage-whispered.

"She doesn't have a scene, she has an inner state!"

By the time Sam reached Toledo, their laughter shook her more than her knees.

Toledo's stare deepened. "I can see the Irish—all that hair and the eyes. My father's mother was Irish."

Toledo angled his head. "Do I know you?"

She started to say no then it came to her, what to do. "You remember?" she said.

"How could I forget?"

There were whistles and catcalls from the crowd, a video monitor, brought to the steps where they stood, showed a pan of the students and media then zoomed in on Sam’s cutoff sweats, cutout sleeves, hair flying from its scarf, knobby feet bare because she'd shed shoes during the night of waiting for Toledo.

"What happened to your feet?" Toledo said, he squatted down and traced her crooked metatarsals with a finger.

"I was born with them wrong—"

"So what's different is wrong?" Toledo said and picked up her left foot.

"I could never play Cinderella."

The crowd shrieked with laughter—Toledo was on their side, he was playing with her, the video monitor showed her feet, Toledo's hands, "I'm not much of a prince, either," he said, "but I'll be damned if I haven't seen this foot before."

Sam said, "They've gotten worse since then—nursing, I think I had the wrong size shoes."

"It was after we—met—so to speak."

Toledo said, "When was that?"

Toledo stood up close to Sam, pulled the scarf off. "The kind of hair they invented veils to hide," he said. The crowd noise grew, they cheered Toledo, jeered Sam, Toledo stepped back looking at her body and said, "A shape witchhunters like to burn."

Sam said, "That's a bit more drama than I had in mind."

“Ten years ago you were a teeny-bopper," Toledo said.

Sam shook her head. "New York—trying to get into theater."

"Always that—till I became a tax shelter—the Parthenon and I."

A famous film director, a cinematographer, an artist, and a novelist team up to make a movie in which the world, called Medialennium, is controlled not by governments but by media conglomerates. Mergers have created economic totalitarianism. Nation states are obsolete, and politics is symbolic ritual. The movie producers are also the actors. Their roles are made up of their real-life relationships, and the movie includes both script and documentary sequences. In the movie, an incumbent governor is running against a Chicano whose platform includes the secession of California to join Mexico, and shooting the movie in LA creates an alchemy that turns into a psychological and political thriller.

Penelope Brindley is a writer and psychologist. American Movie is her first published novel. She began writing it while earning a master’s in creative writing. While Dr. Brindley raised three children as a single mother she worked as a psychiatric nurse. Then she put herself through a doctoral program in psychology. She lives and works in Laurel, Maryland.