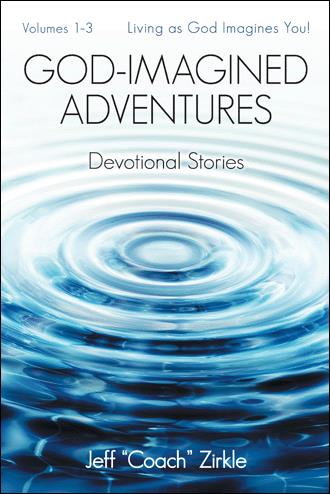 The phone rang at eleven at night. A passionate Christian on the other end declared, "We've been praying for your daughter, and I'm calling to tell you to take her out of the hospital and bring her to our church. Our prayer team will pray, and she’ll be healed."

Our daughter is Amanda, born November 4, 1979. After four months of her screaming whenever we changed her diaper, surgeons operated on her leg and found cancer. It was a rhabdomyoma tumor in her upper thigh. They also found cancer in her abdomen.

They took out the tumor in her leg and twenty suspicious cancerous lymph nodes in her abdomen. They recommended we transfer her to Riley's Children's Center in downtown Indianapolis. They also recommended we have her leg amputated at the hip as soon as possible.

It had been a long day at Riley. Four days earlier, surgeons had removed three inches of tissue on each side where the tumor was removed to get all the cancer cells remaining. Six doctors and specialists were on her case. They contacted cancer centers around the country. The consultation report revealed there were more cancer cells and suspicious tissue.

We were given two choices. We could have the leg amputated at the hip or strip the right quad muscles from the hip to the knee area. This was a fast-growing cancer, so it was imperative to act quickly or it would spread and take her life.

I had two seminary tests to study for that night along with finishing the sermon I was preaching the next day in class. My grandmother Margaret Vannatter, a prayer warrior, told me she had contacted over eighty churches and prayer ministries around the country including Oral Roberts and Billy Graham.

When the woman on the phone told me about taking Amanda out of the hospital, I asked her, "Why doesn't your prayer team go to the hospital and pray for her?" She told me that we had to be in an anointed place with anointed people.

I told her that the Jesus I knew and read about in the Bible was a healer. He healed whomever, wherever, and whenever He decided to heal. I thanked her and the church for their prayers and encouraged them to keep praying. I told her, "I have prayed, and I am believing Mark 11:23-24. I believe the tumorous mountain will be removed, Amanda will live, have two legs, run, and be a great wife, mother, and disciple of Jesus Christ."

I felt bad when I got off the phone. I wasn't sure I had said those things in love. On the other hand, I had just testified. I had declared firmly my faith and what I believed would happen. As I kept studying, I heard the Lord speaking to my spirit. Jeff, I have heard your prayers. Amanda will have two legs and many more blessings!

The next day after the tests, my sermon presentation was delayed so I could be at the hospital for a meeting with the surgeons and to declare our decision. My wife, Pam, and I were of one mind. We believed Amanda would live and told the surgeons to strip the muscles.

That afternoon, the Rev. George Hunsaker and his wife, Karen, came to visit. They planned to do so on their own. George had also been contacted by the president of the Christian Theological Seminary to counsel with the Zirkle family. "Get them to move beyond denial, have the leg amputated, and let the little girl live," was his admonition.

When we met, we shared our convictions and decisions. George and Karen prayed for us and affirmed our decisions with their own faith. Little did we know that would be the beginning of a lifelong friendship.

The surgery went well, and by age three, Amanda was declared to be in remission and cancer free. According to a representative of Relay for Life in Indianapolis and other medical groups around the country, Amanda is one of the longest living cancer survivors from birth in America. She is an amazing woman of faith, a wife, and a mother of two incredible daughters. She has run mini marathons twice and is the founder of Selah Massage in Evansville, Indiana.

Yes, Amanda is alive and has two legs!

Are you enjoying a God-imagined life, fulfilling dreams and leaving a contagious legacy worth inheriting? Or are you only following your own imagination, pursuing mundane and hollow worldly paths that lead to only temporary success and limited joy?

God-Imagined Adventures is a series of real-life experiences and examples sure to inspire you to dream and live as God imagines. Jeff "Coach" Zirkle will encourage you through these real stories, showing you all the joys and challenges that come in the seasons of life and in biblical principles that will work. You will learn how to build a healthy spirit, mind, and body, gaining intimacy in relationships and improving finances as you enjoy a servant lifestyle. Coach Zirkle's real-life stories will broaden the possibilities of your life and comfort your heart. His amusing life encounters can uplift your soul as you laugh and relive family adventures and Christmas stories; walking with characters in the biblical stories of Jesus's birth will also provide fresh insights and inspire imaginative celebrations of faith and goodwill.

With God-Imagined Adventures, you will gain valuable insight to key questions in life, overcome and thrive in tough times, and pursue God-sized dreams as you fulfill your destiny. Above all, these adventurous life stories will connect your heart to God's love, truth, joy, hope, and destiny. So read and take the dare--live as God imagines you!

Jeff "Coach" Zirkle is a passionate and contagious follower of Jesus Christ, and he is full of imagination and energy. He recently retired as an ordained member of the clergy of the United Methodist Church, where he served for forty-three years. Also married for forty-three years, Jeff and his wife, Pam, are enjoying two married children, their spouses and two young grandchildren, and God-imagined retirement adventures.