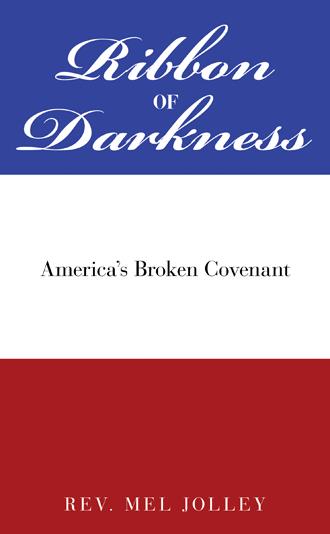 The Urban Dictionary defines a man- child as an adult male who still possesses psychological traits of a child such as whining, pettiness, passing blame for their own underdeveloped judgement, and not stepping up to the plate when they should. Secretly he finds 3rd grade bathroom humor amusing. He connects with his children as another child rather than a father. He has an overall insecurity in who he is, as a man. He is a bully insisting on his own way. He often marries a type “A” woman, who usually is first born or an only child in her own family. The man- child will attempt to mask his lack or compete with peers with material possessions. They have a need to impress their peers.

Throughout history, God has made covenants with humankind. And while the very first covenant was between God and first man, Adam, many of us do not realize that even today, God has made a covenant with America. Yet like that original alliance, our covenant as a nation with God is breaking.

In Ribbon of Darkness, author Rev. Mel Jolley offers his insights into the various social issues happening in our nation, taking us through the election period and the candidates running; this commentary explores the deterioration of America and the breaking of our pact as a nation with God. Jolley explains how this agreement mirrors the covenant Israel has with God—the only covenant nations with the sovereign God.

Nothing is more important than the covenant God has with our nation today, and all of us need to be aware of the changes in our society and pray for guidance in these harrowing times. Because in the end, we must make a stand for Christ and the true heritage of our nation.

Rev. Mel Jolley is a watchman for the Lord—and he is totally blind. Jolley is an ordained minister who visits several nursing homes in the Seattle area to offer worship services. His insights and preaching can also be found on YouTube and Facebook. Jolley currently lives in Shoreline, Washington.