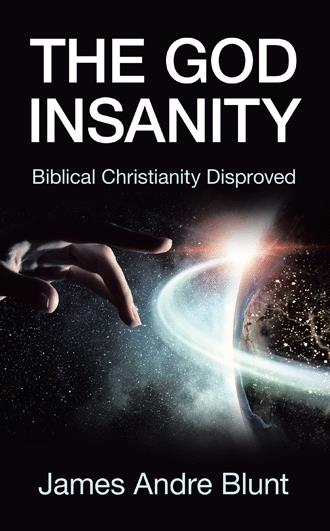 EXTRACT FROM- CHAPTER B6: GENDER AND AGE DISCRIMINATION

FACT: The modern United States does not allow gender and age discrimination unlike the Bible.

The following are the passages that support and decree in favor of gender and age discrimination in the Bible:

In the above passages, the God of the Bible is putting a value on males and females of different ages. In summary:

Note that females have less value across the spectrum, adjusted for age; while the younger and elderly have lesser value than adults age 20 to 60 years old. If you notice carefully, in general, females appear to have only 50 to 60% of the value of the equivalent aged male.

The next time you see any politician or religious leader make the claim that the United States is a Judeo-Christian country, you can present the above chart, and the following New Testament passages to that person:

The Status of women in the New Testament does not get much better:

A woman should learn in quietness and full submission. I do not permit a woman to teach or to assume authority over a man; she must be quiet. For Adam was formed first, then Eve. And Adam was not the one deceived; it was the woman who was deceived and became a sinner.

The above passages are very clear. Women are to be treated like second class citizens who are not permitted to teach, or be in positions of authority over men. Furthermore, these passages are from the New Testament. Christians cannot write them off as belonging to that pesky Old Testament.

Furthermore, the above passages mean that it is an act of sacrilege for Biblical Christians to tolerate having women as teachers, mayors, legislators, senators, judges, CEO's, managers, or just about any and all positions where they might have power or authority over a man. The gender discrimination in the Bible is clear. Eve is the one who was deceived, and is the sinner. The implications are clear. Adam was smarter. He is without blame. The woman is to blame. The man was formed first, so he has a higher position and authority. The woman cannot have a higher position than the man.

Note also that Eve is referred to as "the woman" in the last sentence. Apparently, she is not respectable enough to even have her name said out twice; while Adam's name is used twice. Also, the way the sentence is worded, it is clear that "the woman" is a generalization applicable across the board to all women.

This gender discrimination is further borne out by the subtle way in which women are to blame for other abhorrent things that happen in the Bible as noted below. We return to the Old Testament for this part:

More on the status of women in the Old Testament:

Women are to blame for having sex with their father-in-law to raping their own father:

Genesis 38:15-19: Judah is given a free pass to have sexual relations with his daughter-in-law Tamar because he does not recognize her. Tamar is apparently to blame because she has her face covered and does not inform Judah about who she is.

Genesis 19:31-38: Lot's daughters rape him (get him drunk, and have sex with him when he is passed out to get impregnated by him). Again, the man is not guilty because in each case "he was not aware of it when she lay down or when she got up,"a reference to him being unconscious; essentially making this a two daughters rape their father situation:

One day the older daughter said to the younger, "Our father is old, and there is no man here to give us children - as is the custom all over the earth. Let's get our father to drink wine and then sleep with him and preserve our family line through our father."

That night they got their father to drink wine, and the older daughter went in and slept with him. He was not aware of it when she lay down or when she got up.

The next day the older daughter said to the younger, "Last night I slept with my father. Let's get him to drink wine again tonight, and you go in and sleep with him so we can preserve our family line through our father."

So they got their father to drink wine that night also, and the younger daughter went in and slept with him. Again, he was not aware of it when she lay down or when she got up.

So, if the Bible is to be believed, both of Lot's daughters have sex with him while he is passed out (the legal definition of rape today), and produce children. This makes Lot both the father and grandfather to both Moab and Benammi.

If you were to hear a tale like this today, you would be fairly reasonable in thinking that the writer was a deranged, drunk pervert. However, it is a measure of the extreme backwardness of even modern humans that this tale has apparently been passed off for 2000 years in the Bible, and still believed by many modern humans to be the word of a God. Even if you do believe in the existence of the God of the Bible, and Satan, a reasonable person would be more likely to believe that these words are the work of Satan, and not God.

Humans have been suffering from an illusion, or self-deception for thousands of years. Ancient people experienced great fear, anxiety and discomfort from unexplained natural phenomena and from the hardships of a primitive life. To control these fears, they relied on defense mechanisms; with the unfortunate result, seen even today, of the widespread belief in an imaginary, supernatural being, known as God.

The God Insanity will reveal this belief as an illusion—a mere by-product of ancient self-defense mechanisms intended to explain a confusing, mysterious world. Looking at the example of the Christian belief system, author James Andre Blunt uses critical thinking and logic to dismantle and disprove all of the laws and concepts of biblical Christianity, leaving no gray areas. In addition, we will discover that there is nothing remotely similar or consistent between the teachings of the Bible and the modern laws and sociocultural ethics of the United States.

For too long we have been shackled to an unfounded belief system—one that has even been used to promote slavery and discrimination, among other unacceptable practices. Yet, with more knowledge about the world and its workings, and by critically examining the foundations of religious beliefs like Christianity, we can free ourselves from unconscious defense mechanisms and explore these timeless questions for ourselves.

James Andre Blunt has been an avid seeker of answers to ageless and timeless questions about our existence and the infinite expanse of the universe. As part of his search, he has read many books on astronomy, science, physics, biology, and chemistry, as well as religious books like the Bible; he has also studied European, American, and Asian history. He hopes that The God Insanity will spark a long overdue adult, logical conversation on the topic of religion, so that humanity can finally come out of these psychological chains of slavery that have existed for thousands of years.