Man Under the Mountain 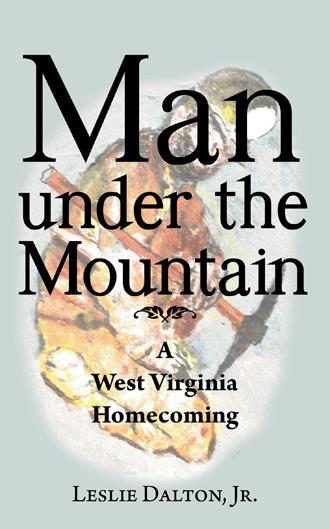 The plane slowed and turned towards the small brick terminal. David caught a glimpse of a well-dressed redhead standing at the gate so lovely that she practically took his breath away. She was wearing a fitted two-piece suit that complimented her perfect figure pleasingly. Perched on top of the magnificent head of red hair sat a Beret made of the same fabric as the suite. On her lovely face was a near scowl that would have been unattractive on a lesser beauty, but on her added mystery of her charm. His eyes remained fixed on her even after the plane had come to a complete stop and the door was opened for its single passenger to deplane. The steward stepped back to David and informed him that, "We are here, Maj."

Snapping out of his fog, David looked again at the lovely mystery-lady and said to himself, "Oh, what a heavenly body. Could that gorgeous vision be waiting for me? Not likely since no one is expecting me. But I can dream."

Dr. Cabot stepped away from the plane and paused at the foot of the steps. He placed his military hat in its proper position and tried to brush away the wrinkles accumulated in his uniform before picking up his bag that an agent had placed next to him. Then he walked uncertainly toward the door that displayed a greeting sign that said 'Welcome to Bluefield, West Virginia, Nature's Air-Conditioned City.' The temperature in Bluefield seldom reached 90 degrees, and when it did, the city served free lemonade.

As he meandered to the gate, his 'dream' approached him with an extended gloved hand and simply declared, "You are Dr. Cabot. Ah'm Jenny Lou Stone. Folks around here call me Jenn. Ah'm your welcomin' committee and also your office nurse if you want to continue the arrangement ah had with Dr. Fields. Are you hungry? Ah have an early supper ordered for us at Frankie's but ah can cancel that if you don't want to go. Do you like chicken cacciatore? Mama Ferranti makes the best in the world. You can even have wine with it if you join the club."

David hoped he did not look as confused as he felt. He was at a loss for words both from her introduction and her striking beauty.

He finally stammered, "O...O Oh, y...y... yes, I most certainly should keep the arrangement." He stood looking at her in sort of a fog.

Jenn broke the awkward silence by inquiring, "Hey, you with me?"

"Oh sorry," David almost shouted. "Supper would be nice. How did you know who I was?"

Jenn retorted, "Well, ah don't know. Could be 'cause you're the only passenger gettin' off the plane in a uniform of the United States Army, or it could be my super observational powers. What a dumb question. Let's go," she snapped.

Now that the Korean War is over, Dr. David Cabot is one of many doctors drafted by the army who are ready to head home. Unfortunately, due to a freak communication error, Dr. Cabot is now in route to a hillbilly medical practice in Boston Knob, West Virginia, instead of Boston, Massachusetts, where he was looking forward to running a lucrative big-city practice.

His acrimony about his unplanned new home is diminished somewhat when he is met at the Bluefield airport by a gorgeous redheaded nurse who immediately captures his interest. As Jenny Stone guides Dr. Cabot through the dichotomous poverty and wealth that surrounds the West Virginia coal culture, he quickly falls for her while attempting to embrace his new practice and the isolated people enslaved by the mountains and absentee coal magnets. But little does he know that his backward journey will soon take him to jail as a moonshiner, and eventually into an old-fashioned church revival, the bowels of a mine disaster, and a murder mystery like no other.

In this historical tale, an army doctor drafted in the Korean War inadvertently heads toward a new solo practice in West Virginia where he falls for a beautiful hillbilly and becomes immersed in a battle for coalminers.

Leslie Dalton, Jr. was born in Bluewell, West Virginia. He holds a BS degree from the University of Virginia in audiology and speech pathology and a PhD from Florida State University. He spent his professional life researching neurological disorders in children and received five patents on techniques and devices beneficial in diagnosing disorders like autism. Now retired, he and his wife, Margaret, reside in Belen, New Mexico.