The Blood and the Heartland 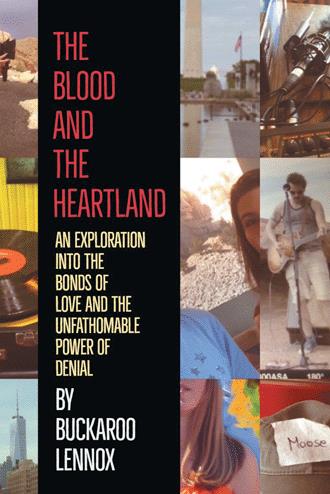 He was transported into his former residence, a nebula of soft pink clouds that cradled his consciousness within it's walls of creation. This was my home. Resting there without effort as a part of the whole, Lief experienced the time before pain and excitement. There was no conflict of any sort, but there was no shell of identity either. He asked his true and complete self whether or not he regretted ever leaving there, to have never had that single thought, the one that propelled him across the universe into the star-gate of his birth. His answer came as fast as his question: I'd do it again in a heartbeat.

A seagull flying overhead took aim and shit square onto his shoulder. It snapped him back into the existence he was more familiar with, reminding him that he was, no doubt, a perfectly flawed human being standing there on the beach. The sun had become too bright to film any longer anyway. Lief went back to the beach house to clean himself and pack while carefully trying to not wake anyone. He gave Kay a gentle kiss on the forehead as she slept, loaded the Tin Can, and then shut the back hatch. The crashing sound of the doors closing alongside the starting engine woke everyone in the house. He drove north to New York to pick up Bigfoot.

Leif Wainwright is a jerk who has a hard-fast opinion about the way things are and tends to disagree with most ways. Mathematically speaking, he knows his contempt for the world around him doesn't add up, but it is all he has. So he jets forward, aligning what he can to his will and running over the rest.

When Leif is not working as a salesman, he is spending time with his fourteen-year-old daughter, Sarah, writing screenplays at his local Starbucks, or playing gigs with his street musician friend, Bigfoot. But what no one knows is that Leif is standing at a crossroads. In his heart, he knows he is no longer a salesman. But what is he? As he searches for his identity, Leif embarks on a journey of self-discovery that leads him down an introspective path where he hopes the answers and the truth lie.

In this colorful novel, an aspiring filmmaker / musician in the midst of a charming existential crisis sets out on a quest to seek an understanding of the world and his own life.

Buckaroo Lennox turned to songwriting after an unfortunate attack by gypsies in southern Spain while he was serving in the US Navy. In 2010, he wrote his first movie and fell in love with the process. Three full-length features later, he decided to restructure his fourth screenplay as a novel instead. The Blood and the Heartland is the result of all that risky thinking.