The Neighborhood That Made Me 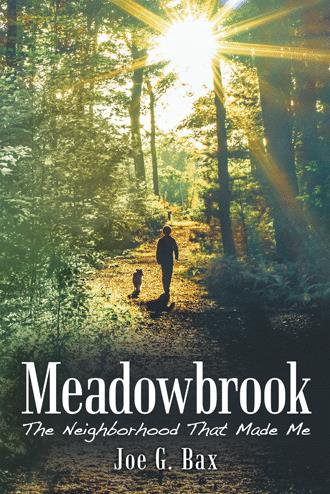 Mrs. Smith drove a Chevrolet Bel-Air. They parked their cars on the flattest driveway in the neighborhood. There was no slope. It was absolutely level. She must have been from Colorado or Switzerland, because she set her parking brake every time she parked her car. There were people in Houston that did not know that a car even had a parking brake.

None of our homes had a central air conditioning system. Attic fans ruled the day for most of us. That said, our entire block woke at the same time every weekday morning. No one had a rooster. There was no centralized alarm system. We didn't need it; we had Mrs. Smith. She left her house early because she worked downtown. There were several schools of thought on how to properly start a car. She subscribed to the point of view that required you to push the accelerator all the way to the floor. You absolutely had to have that pedal flat against the firewall. Then, and only then did you turn the key. Her engine would almost lift off the motor mounts. It went from zero RPMs to three thousand RPMs in a split second and all without the benefit of any lubrication. The noise was intense, shattering the early morning Meadowbrook tranquility.

Then, with a cold engine screaming at its loudest, she backed and backed and backed down her driveway with the parking brake completely engaged. Brake drums were fixed tightly to one another screaming for any kind of relief. Once the rear of that Chevy arrived in the middle of Bonner Drive, she released the parking brake, Clunk! Everyone in the neighborhood was totally familiar with the unique "clunk" that every Chevy made when the parking brake was finally released. Now that the neighborhood was awake, the only thing left to do was to wait until the burnt smell of her brakes got sucked through your windows by your attic fan. She never changed. She never learned.

While observing the childhood of his grandsons, Joe G. Bax realized that his own childhood stood in stark contrast to theirs, and his childhood could never be repeated. Contemporary children, completely supervised and engulfed in technology, could never imagine a childhood of complete freedom, limited only by the boundaries of your imagination. Bax grew up in Meadowbrook, a subdivision in Houston, Texas. Meadowbrook would best be described as a neighborhood designed for the free and unimpeded flow of kids and dogs. On balance, it was an ordinary neighborhood of average families. Yet, those people would make a lasting impression on the children who were fortunate to grow up there. Collectively, Meadowbrook rose to the top as the most influential force in the development of its children. Bax walks you back in time. Using his adolescent voice, he takes you through the pains and joys of his adolescence, ages 5 to 12, during a much simpler time, 1953 to 1961. Let the author guide you through a different era, when respect and tolerance were a given. Discover first hand, how a young boy actually learned of war, college, sex and race. A chronic eavesdropper who relished adult conversations, Bax will show the reader the true educational process at work. Contemporary parents will be amazed at the geographic freedom of an entire generation. As you join this stroll down the streets and alleys of Meadowbrook, be prepared for a lot of humor, some interesting characters and more than a few touching moments.

Joe G. Bax, a product of Meadowbrook in Houston, Texas, lives in San Antonio with his wife, Michele. He graduated from the University of Houston and Texas A&M University with a bachelor's in American history and a master's in Southern history. He also earned a doctorate of jurisprudence. He has written many nonfiction articles and two historical novels: The General and Monaville, Texas and A Texas Destiny, the Saga Begins. He and his wife have two daughters, Brittani and Courtney (deceased). He retired from the practice of law in 1994 and returned to his agrarian roots as a rancher until 2012.