Broken Pieces Behind the Mask 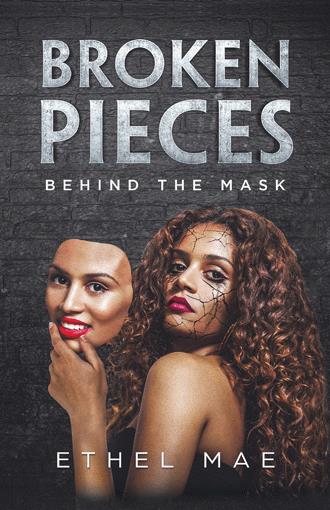 Where did it start?

It was the summer of 1974. The first thing I remember was being introduced to a huge family during a power outage. I was standing in the dark, peeking from behind my mothers' legs, with all these eyes looking at me. I hung onto my box of Jelly Babies for dear life. I'm not sure if that was the end for me or just the beginning.

You see, I am an only child born out of a violent encounter. As it happens, my father (let's call him "father" for now because I can't think of anything better or worse to call him) is the ex-partner of my mother's aunt--my grandmother's sister. Whichever way you look at it, he was connected to my family at the time of my conception, the partner of a family member.

November 1970, my mother was nineteen years old and had only been in London for five years. Her aunt summoned her from Northwest to Southeast London to sort out her eleven-year-old brother, who was not behaving at all. Every family has its proverbial black sheep, and he turned out to be it. Not surprising, really, considering the way that same aunt treated him. He had been living with this aunt--we'll call her Aunt Bee--from the age of six and constantly got into trouble. We will get into that later.

So, my great-aunt summoned my mother to give Uncle Neville a talking-to, only to be greeted by Alfred, the partner. It wasn't long before Alfred began to make inappropriate advances towards my mum. She fought, and he beat her up, overpowered her, and raped her. Fast-forward nine months--it's a girl!

During those nine months, my mum was given a hard time by the family. Everyone asked how she could be pregnant by Alfred. She was only nineteen years old. She had grown up a church girl and had only been in the country from Jamaica for a few years. He was more than twice her age, her aunt's partner, and a supposedly trustworthy family member.

The last my mother saw of him was when she confronted him to tell him that she was pregnant. His response: he gave her 2 British pounds (today that would be about 30) and said, "Mek sure mi name nuh get called."

They accused her of having an affair with him, carrying on with him for a while, throwing herself at her aunt's man, and so the accusations went on. It was all her fault because, of course, she had gotten herself knocked up! Aunt Bee even turned up at my mum's house a few weeks later with her eldest daughter, my mum's cousin, in tow, screaming, "How could you sleep with my father?"

Oh, I'm sorry! Are you saying your father didn't take any part? Even a sperm donor has to do something for a child to be conceived! Did he just lie there and, poof, a pregnancy materialized? Please!

The cousin, as it turns out, is my sister. Yes, my mother's first cousin is also my half-sister. Who saw that one coming? I didn't, until a few days before my twenty-eighth birthday; that is when I understood why Aunt Bee had never spoken a word to me a day in my life. She would just stare at me. I thought it was because I was so gorgeous and she was spellbound and mesmerized by me.

My mother was ostracized and cast out of the church. The sin of all sins: pregnant and unmarried--sacrilege! Back then, that was the biggest sin anyone could commit. Premarital sex and getting pregnant--it would have been easier to forgive you if you had killed someone.

So, as you can guess, I was not exactly planned or wanted, which put me at a bit of a disadvantage. My family and others in the church literally cursed me, wishing that I would be stillborn or deformed. Nice!

Anyway, going back to the family in the dark (that sounds so much more dramatic than it needs to be). A couple with ten children of their own, who knew my grandmother from back in Jamaica, had moved to London. They offered to take my mother and me in, with the goal of helping to raise me. Life with Uncle Reggie and Auntie Gina and their family began. 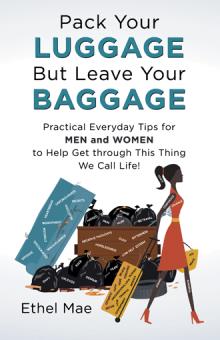 Pack Your Luggage But Leave Your Baggage
Ethel Mae
$15.99

Set in London, England, this is the journey of a girl that no one wanted.

Ethel Mae's mum emigrated from Jamaica to London and had only been there a few years when she was raped by a family member's boyfriend. Instead of getting sympathy, she was cast away from her family and out of church for being pregnant and unmarried.

When Ethel Mae was born, she was cursed. Everyone wanted her to be born deformed or better still for them, dead. As a young girl, she faced constant physical, emotional, verbal and sexual abuse.

When she wasn't being beaten senseless, she was being berated and vilified. She would be told things like, "Why can't they come and take you away and kill you like they do to other people's children?" or "I should have gone through with the abortion when Auntie Mildred was offering to pay for it." Those cutting words reinforced and confirmed that she was unwanted and unloved.

Get a painful glimpse at how abuse can devastate someone's life and how hard it is to break the cycle as the author shares a courageous story of survival.

Ethel Mae is an only child born in London, England, to a teenage single mother. After surviving physical, emotional, verbal and sexual abuse as a child, she was faced with mental and sexual abuse as an adult. She turned her life around through hard work and a faith she didn't fully realise that she had. Today, she mentors' teens, writes for magazines, and is an author. She firmly believes that what matters most is how you play the cards you are dealt and not the cards themselves.