Essays on Religion and Politics 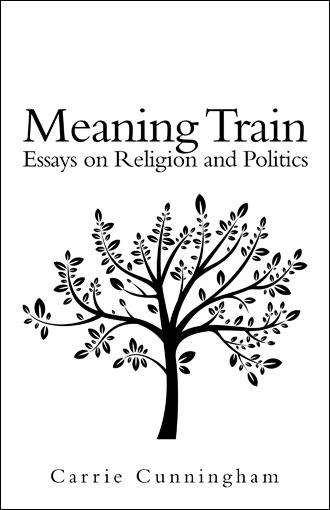 A fighter for love: John Lewis and an urgent map for the future

Donald Trump’s America is uncaring and coarse. To be sure, his treatment of immigrants and his insensitivity toward African Americans has damaged our country. As a nation, we need to come together and resist the exclusion of others. We need to realize we are all interconnected and are one human family. One way to bring us together is to look at American heroes who have risked their lives to make America a more humane place.

Civil rights leader John Lewis is one of those heroes.

John Lewis promulgates the idea that what affects one person affects us all. This concept is beautifully illustrated in Lewis’s book, “Across that Bridge.” Part memoir and part excavation of the meaningful ideas that fueled the Civil Rights Movement, the book is dedicated to any human who wants to transform our country.

Lewis grew up in a farm near Troy, Alabama as the son of a sharecropper. He was always a loving person as a result of a good family. His family was steeped in religion, and he had a solid belief in his innate self-worth.

While Lewis knew his own value, he nonetheless dealt with racist vitriol. His first encounter with racial injustice as a child when he and his father went to the town of Troy. Making the trip to sell his crops, his father was demeaned by whites. Moreover, Lewis saw Jim Crow signs across the town. Later, he read about the Brown vs. Board of Education Supreme Court decision. He was inspired by the possibility of integrated schools, yet his hopes faded as segregated schools remained.

Despite all these disparaging signs, Lewis later embarked on the voyage of his life, the civil rights movement, when he encountered Martin Luther King, Jr. When the Montgomery bus boycott happened, Lewis was a teenager. He read about, then heard King talk about, a Christian response to the injustice of segregation and disenfranchisement. Lewis identified with King, feeling he was answering his prayers about how to confront the trap of segregation. King discovered a way to “see the power of love made manifest more than anything, to see hate eradicated and wrong made right.”

Moved by King, Lewis eventually led the Southern Nonviolent Coordinating Committee in which scores of civil rights workers nonviolently traversed the South against Jim Crow and for voting rights.

Love and the idea of an inclusive beloved community undergirded the brave and innocent protesters. They met unthinkable violence with nonviolence. They revealed to the country that equality and suffrage are rights and to deny them is a crime against the human spirit. Lewis himself was beaten and jailed over 40 times. Yet his and other civil rights workers efforts transformed the nation with passage of the Civil Rights Act and the Voting Rights Act, which ended Jim Crow and voter disenfranchisement respectively.

Love for Lewis and his fellow protesters was a combination of divinity and the truth that humans are innately good. Lewis described how the civil rights movement was already favored before it happened as God orders the world with a primordial goodness and care for fellow humans.

When white supremacists beat and jailed innocent protestors, they were living dishonestly. The truth that humans are joined together and are made to love one other was suppressed and obscured. Thus, the violence against the protestors damages the perpetrators just as much the victims. By using nonviolent tactics, the truth of human unity emerges.

In the decades since the civil rights movement, Lewis has received apologies from some of his white tormenters. He generously forgave them. This also is an emblem of love.

In the introduction to Lewis’s book, historian Douglas Brinkley relayed a moving anecdote. When asked whether he was a Republican or Democrat, Brinkley always says he is wherever Lewis stands.

In the present fear about what happens next for America, we should all heed Lewis’s decency and generosity. Looking at his example, we should stand up to nativism and racism. We should advocate for measures that will help people not divide them. Indeed, we can strengthen the social safety net and promote policies that give everyone access to economic independence. As education offers innovation and opportunity, we should raise teachers’ salaries to help students grow. With efforts like these, we can make our country a kinder place. Let love and empathy endure.

Meaning Train is a collection of essays, based on books and interviews, that counter the divisive practice of subjugating others. It reveals a benign moral compass in which anyone who wants to improve the world can follow.

The inspiration for the book is the idea of a beloved community honed during the civil rights movement in the 1960s. Based on the example of Jesus Christ, the notion guided leaders like Martin Luther King, Jr. in addition to John Lewis and Fannie Lou Hammer. Together, with love and care in their hearts, they ended the segregation laws of Jim Crow and black disenfranchisement.

The book brims with soul and empathy. It outlines the issues of our era with ideas of human dignity. The essays include the struggle for racial equality in America and South Africa; the agony of the Holocaust and the battle for peace among Israelis and Palestinians; the lives of Mary Magdalene and Jesus Christ and Christian feminist theology; the morally right fight against Islamophobia and the need for pluralism in the Middle East; and the contributions of historian David McCullough and politician Bobby Kennedy.

The panoply of essays will captivate and stir the human soul.

“(Carrie Cunningham’s) writing steels the prophetic voice for social action, reminding us of the foundation we stand on, forged in fire by our forebears in the struggle.”

Carrie Cunningham is a progressive Christian writer. She graduated from Harvard College where she studied American and African history, and additionally, she attended the University of the South and Wayne State University for degrees in the Episcopal faith and Near Eastern Studies respectively. She captained the national championship team for Harvard women’s squash. A prolific writer since the 1990s, she has written for the Grosse Pointe News, the Michigan Chronicle, the Episcopal Record, Examiner.com and Beloved Community. She lives in Grosse Pointe Farms, Michigan.