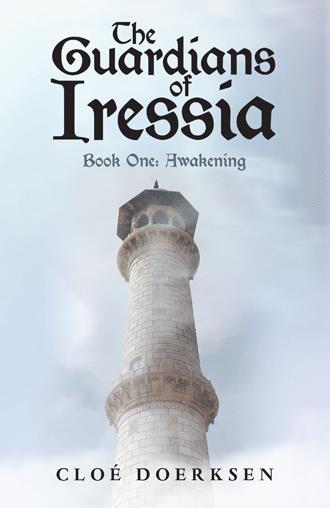 She couldn’t believe what she was hearing. It was one problem after the other. Would she ever get some peace and quiet?
Princess Seraphina Kinsley of Iressia retreated to her study after another long day’s work. Her duties were arduous, but she was grateful her father was still king and she was merely his apprentice. Unfortunately she was taking on more responsibilities because her father intended to cede his throne as soon as he could.
“Sera?” said a voice behind her, making her jump.
The Princess spun around to see her closest friend, Jer, staring back at her, although friend wasn’t necessarily the right word when it came to Jer Esen.
“Jer, you scared me,” she said, her hand on her racing heart. Jer took a step closer and caught her hand in between both of his. She loved the way his light brown locks tumbled into his darkening grey eyes.
“Sorry,” he whispered, kissing her hand lightly. Sera giggled and pulled her hand away.
“Not now,” she said. “Can you do me a favour?”
“I would do anything for you,” Jer said, catching one of her locks in his hand and letting the dark gold threads sift through his fingers.
“You can’t repeat this to anyone.”
“My lips are sealed, Your Highness,” he said with a knowing grin.
“The Guardians of Iressia are returning to us,” Seraphina said excitedly.
Nearly forty years ago, the Guardians of Iressia, the protectors of the kingdom, had been betrayed by the people they had once protected and had vanished. Alastair, the evil sorcerer who destroyed all that he touched, had therefore grown in power and poisoned the land. Without the Guardians, Iressia was defenceless against him.
Luckily, a powerful sorcerer, one who cherished life and prosperity, had forgiven Iressia for its proud mistake. He had promised the return of the Guardians when Iressians would welcome them with open arms and join them in their quest.
Seraphina knew that Jer had heard the rumours. As a palace guard, it was his business to know everything that happened in and out of Iria, the capital. The whispers had started a few months ago, the farmers saying that there was a shift in the air and that magic, the good kind, was awakening once more. Then those who remembered the sorcerer’s promise began recounting the stories about the Guardians of Iressia returning to save them at last.
As ruler of a dying kingdom, Seraphina would do anything to save her people, including looking into these so-called rumours.
“How?” Jer asked in disbelief.
“All I know is that somewhere in the kingdom, elemental magic is manifesting itself in four young ladies,” Sera said. “I need you to keep an eye out for them. We have to find them before Alastair destroys them.”
Jer nodded, frowning. “How am I supposed to find four girls I don’t even know?”
Sera waved away his concern. “You’re the best informant in all of Iressia. I know you’ll figure something out. Look for any sign of elemental magic or odd occurrences.” She returned her gaze to the dirty streets of her home. Sun glinted off the Aguarian River as the gulls swooped in to steal their next meal. They were as thin and sickly as the people. “We need them to survive, Jer.”
Seraphina had only ever known the darkness and disease, and they seemed to get worse every day. “We need the Guardians to light the five towers and protect Iressia from Alastair’s evil tricks. At this rate, there won’t be much left of Iressia in a couple of years.”
“I know,” he said. Sera could hear the weight in his words. How had things gotten so bad in such a short time? How was it that people were collapsing and dying in the streets from no apparent cause? How was it that the crops continued to rot or refused to grow altogether when Iressia had once been the most prosperous of the nine kingdoms? How was she supposed to run her kingdom if she no longer had people to rule?
“Thank you,” Sera said, turning away from the window and kissing his cheek. Then she left to deal with the next crisis on her never-ending list.

For too long, the magical kingdom of Iressia has been overrun with disease and starvation. The people are suffering and dying. Something must be done before it’s too late. Princess Seraphina Kinsley would do anything to save her dying kingdom, including finding the Guardians of Iressia to light the five towers that protect their kingdom from darkness.

With the help of her friend, Jer, she brings the Guardians together and sends them on the quest of a lifetime. The four young Guardians are just discovering their powers and learning to master the elements they control. Pressed for time, the four women set out to light the first tower, unsure of the dangers ahead. They only know that the dark sorcerer, Alastair, is hunting them and will do anything in his power to claim Iressia as his own.

The Guardians are rising once more to restore their kingdom to its rightful glory. Together, Princess Seraphina, Jer, and the four Guardians must learn to trust each other and discover the mysteries of their past in order to save their beloved kingdom. Discover this epic story of magic, danger, and romance in the first installment of The Guardians of Iressia.

Cloé Doerksen is a French-Canadian math and science teacher. She spends most of her free time reading and writing. Fiction and romance novels have always been her go-to. She currently lives in rural Manitoba with her husband and four pets.