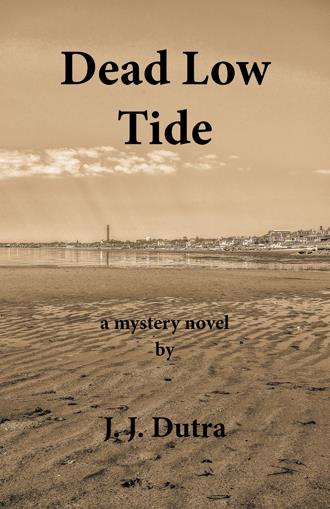 Clouds obscured the stars, shading any luminance the night could offer, creating a world of shadows. There were no overhead lights along this stretch of road. If a person was heading out of town at two o'clock in the morning and if they strained their eyes, they would detect an outline of woods on the left side of the road. Beyond the oaks and scrub pine, hills of dunes rose and fell until they met the Atlantic Ocean.

Rocks formed a jagged breakwater on the other side. Slippery and perilous, these granite boulders could sparkle in sunshine as well as hold back the sea in darkness. The Army Corp of Engineers had placed them there in order to keep the water from flooding the road when a storm surge pushed the bay onto the shore. They were built up, stacked, and banked against the land.

The headlamps from a Ford pickup truck cast glowing circles across the black pavement. The vehicle slowed and pulled to the side, touching dirt and sand, half a mile past the last house on Old County Road. It was the only road out of town. All lights were extinguished. If the vehicle had continued it would have gone all the way to Boston, passing through Truro, Wellfleet, Eastham and dozens of other communities along its path.

The sound of peepers from nearby ponds could be heard and the June night carried the smell of salt and seaweed. Inside the Ford's cab the only sound was rapid breathing. No words were spoken. It was as if the task had been prearranged, planned, and discussed, although it had not. Yet somehow, they knew what had to be done. This was the kind of work for which there were no instructions and no preparation.

Two doors opened at the same time as if by some silent signal and then closed without adding to the quiet night. No footfalls could be heard as they stepped from the truck to the soft sand. The tailgate was lowered revealing a cylinder seven feet long, resembling a log, but was just an old rug rolled up. And yet, if one looked closely, the black soles from a pair of shoes would be visible.

They worked together pulling and tugging the cargo until the load fell out of the truck and lay on the ground. Maneuvering the heavy mass, they dragged it across the dirt to the top of the embankment where the breakwater began and then fell sixteen feet to the bottom. Their breath came in loud bursts. They each grabbed an end of the bundle. Struggling to get to the edge of the embankment, the pair moved with uncoordinated effort, but in unison. And then with a burst of strength and energy, they lifted, shook, and firmly unrolled the rug. It spun out, opening as it went down the sloping granite stones, presenting a body that jerked, bounced, and then slid its way across the slimy rocks. It landed unceremoniously like a Raggedy-Ann-Doll on hard packed wet sand. It was dead low tide.

Dead Low Tide is a second in a series by J. J. Dutra set in Provincetown, MA in the late 1930’s. The Police Chief’s simple way of life is turned upside down when a body washes up on the beach. WWII is looming in the distance. Unrest is building across America and the murder leads Chief Crowley to a militant gang of Nazi sympathizers. The Chief discovers that sometimes justice needs to be balanced with mercy.

J. J. Dutra is the author of the memoir Nautical Twilight, The Story of a Cape Cod Fishing Family and a mystery novel, The Fishermen’s Ball. Ms. Dutra has written federally funded grants, short stories, poems, and magazine articles. She is a retired R. N. and lives with family in North Truro, MA.

The author can be found at