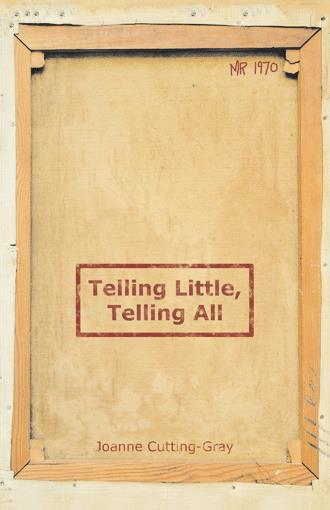 The heels of art historian Helena Gandolfi clicked sharply on the marble floor of the museum. Her footsteps were driven by a seismic event in the art world that elsewhere went unnoticed. She stopped abruptly in front of an orange and maroon Rothko from 1952 whose soft-edged rectangles seemed to undulate with life. "It's the deep breath before the plunge" she sighed to herself, then abandoning the canvas reluctantly, continued down the hall. At the door of the board room office she stopped and was about to knock when it opened as though waiting for her.

Board member Felicity Hardcastle, a thin woman with an earnest, sallow face, invited her in. As Helena stepped inside, she saw another person behind the desk. It was a striking man with incisive eyes and a forehead crowned by silver curls. He rose like a cobra from his chair. "You know Dr. Zaron of course," Felicity said of the surgeon-cum-billionaire-art-collector whose presence insinuated trouble.

"Of course," Helena answered with a knowing smile and held out a hand. Talon-like fingers grasped it as sharp eyes took in her black dress, shapely legs, and high-heeled pumps. Pointing to a chair in front of the desk, he invited her to sit down while he remained standing. An attempt to intimidate? As her eyes swept the room, they searched less for a thing than a mood. She read it in the stiffness of Felicity's demeanor toward Zaron, whose presence reduced the light-filled space to an obdurate thing. The mood was the opposite of possibility. She saw it in the way Zaron swayed ever so slightly and the muscles in his cheeks contracted. Having made his upright impression, he sat down again behind the desk and stared at Helena.

Felicity meekly accepted a subordinate role alongside the desk and declared in a soft quavering voice, "Dr. Zaron has informed me there’s reason to believe that the last, missing painting by Mark Rothko has been found. As you know, rumors have floated for years that he gave a work to distant relatives in 1970. Two sisters, just before he died. We, that is Dr. Zaron and I, believe it’s in Atlanta. Rothko's last, and maybe his greatest masterpiece." On edge with excitement she continued. "If we can get it before a museum with a large endowment, we can purchase it for millions less. We know that once the word is out, the price will skyrocket."

Zaron, meanwhile, stared off blankly into space tap tapping on the desk with the fingers of one hand. It was the demeanor of a man too busy searching his mental filing cabinet to brook circumlocution. Felicity meanwhile, rattled nervously on, offering nothing of substance or use.

Helena sat wondering what place art had in the discussion. These two made it sound like a commodity with a market price. Didn't they know that art is a tsunami that sweeps everything in its path?

When Felicity's quantum jitters subsided, she looked expectantly at Zaron, who leaned forward, alert now that the preliminaries were over, and addressed Helena as his sole audience. "What we're discussing must be kept in absolute confidence until the painting is in our hands. And of course, we would want you," he gave Helena a patronizing nod, "to authenticate it." With total confidence, he described the market value of the painting and rattled off figures. It was the language of deals made in back rooms and money passed under tables. The surgeon whose business was to cut up and reassemble human objects jabbed his words into the air like thrusts of a scalpel. What Helena heard was her own threat to his ambition. This meeting was a tactical strike against her. Were he to get his hands on the Rothko, it would be a trophy like a stuffed rhino head.

She confronted them as one booted and spurred and ready for battle. Slashing through the subterfuge, she had pointed words for Felicity. "I know what you want. What I'd like to know is what you two don't want me to know."

Felicity's thin face wilted, but Zaron took the question in stride. "The question could be asked of you." His contempt was easy and he rode it hard. "What do you know that you don't want us to know?" He paused dramatically. "We think you know who has it." His poker face told little of what he was really thinking, though it was enough to tell her all. He was a man so habituated to deception that he believed his own lies.

She recalled the monumental blue-grey painting listed in the catalogue raisonne of works on canvas simply as "#835, Untitled, Whereabouts Unknown" and measured what she would say next. "Why would you think that?"

He was not one for equivocation. "The whole business is obviously entangled in your relationship with Reginald Foxcroft and his daughters." The English Sir Reginald was a wealthy Atlanta collector and old friend of Helena who had been searching for the painting for years. "We think you might offer it to him rather than us."

Helena passed over his hubris. "Us?" she repeated. The inflection implied that he wanted the painting for himself. She already knew why. For him art was everything Mark Rothko loathed and strove against.

His smirk acknowledged a point scored. "Not even Sir Reginald could afford it if the word got out--unless the purchase is arranged under the radar of the market. A Rothko that sold for eighty-seven million in 2012 would fetch hundreds of millions today. The museum doesn't have that kind of money, but I would arrange the purchase and lend it to them." He exposed two rows of perfect teeth in a grin that assumed the matter was settled.

Whatever happened to the last painting of Mark Rothko? According to rumor Rothko gave it to two Russian spinsters in Atlanta in 1970. But they’re dead and the painting has vanished. Art historian Helena Gandolfi learns from her young friend, Justine Foxcroft, that her uncle, real estate agent Finny McGinley, has the painting stashed in a closet. Determined to keep the work secret, Helena and Justine hide it. Drawn into the high stakes world of the art industry, they become the targets of surgeon and ruthless collector, Ouruk Zaron. With lives and the painting in peril, Helena resorts to a dangerous ruse. But is the work of art worth the risk? Who will find it first? The art lovers or the art wolves? And what difference does it make? Telling Little, Telling All is a compelling mystery that explores the difficult choices between art and commerce.

Joanne Cutting-Gray is the author of the novels, Bread of Savannah and Chianti: The Blood of Jove as well as Woman as Nobody and the Novels of Fanny Burney. She currently resides with her husband, writer James Swearingen, in Atlanta, Georgia.