An Intuitionistic Way to Ultimate Reality

Unlocking the Mysteries of Man and His Universe 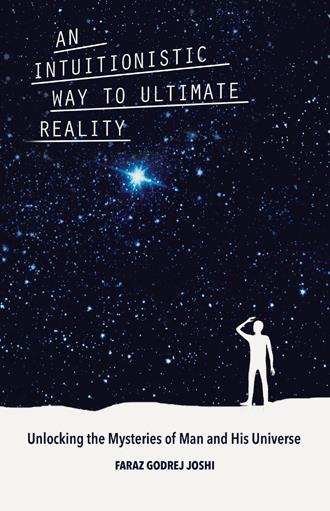 The Search for the Ultimate Truth

If we believe that there is something like ultimate reality, we already know something about it. Ask someone to explain more however and the mystery would probably only deepen. There is something out there in the vastness of space and time that is at the same time the cause and effect of all material phenomena and all sense experience, but what it is we cannot tell.

It needed a lot of introspection to even pose these age-old questions but try as they might, philosophers failed to come up with any universally acceptable solutions. Philosophy today is naive and in a state of disrepute. In comparison, science has proved itself time and again. We must remember, however, that science has never come up with universally acceptable solutions to the fundamental metaphysical questions and never will because science is essentially a posteriori and not a priori whereas the human soul thirsts for a priori enlightenment. Spiritual leaders and religious reformers have only succeeded in shifting the focus from nature to God, but both are one and the same. Both are omniscient, omnipotent and unique.

So does all this imply that the ultimate questions will remain shrouded in mystery forever? Alternatively, that they will entail a long, long search and finally only be comprehensively understood by a small handful?

In 'The Song of Zarathustra', Friedrich Nietzsche suggests that time is circular rather than linear. His concept of 'eternal recurrence' is that everything that is happening now has already happened infinitely many times over in the past and will continue happening infinitely many times in the future in identical cycles! Several a priori arguments seemingly endorse Nietzsche's revolutionary concept and these will be presented soon.

One of the most fundamental aspects of nature is that it 'knows itself' and is 'its own justification'. Certain Jewish philosophers perceived this vaguely and speculated that 'God and His intellect and the things conceived by His intellect were one and the same thing'. We may interpret and rephrase this, our cornerstone intuition/axiom (the non-arbitrariness Ultimate Reality law), as 'everything happens for a reason; nothing is arbitrary, superfluous or redundant in the universe'. We will dwell more on this later, but for now it will suffice to point out that a supposed beginning of time would preclude the universe from being its own justification, since at the supposed beginning it would already have evolved and come into being before it could possibly know what form to evolve to!

There's something poignant, almost religious, when one thinks of man's search for himself and his place in the universe. Ultimately, what is life all about? It is about us and our universe.

Man's yearning for this bonding between himself and his universe is well-known, and manifests itself in metaphysical enquiry. In the pages that follow, a priori reasonings provide solutions to some of the most challenging metaphysical, metamathematical and paradoxical problems. In particular, the paper on the Continuum Hypothesis, one of the most famous unsolved problems in mathematics, was considered 'highly original, highly readable' (Indian Journal of Mathematics). Even today it comprises the one and only rigorous intuitionistic proof of the hypothesis.

The results derived in this book have never appeared in any previous works.

Born in Pune, India, Faraz studied Civil Engineering at the Indian Institute of Technology, Bombay, with a view to joining the family run manufacturing/exporting business. His interests even then turned toward foundational issues in mathematics and he came up with several alternative proofs of some well-known mathematical theorems. Then, in the family run company, he was more interested in problem solving, troubleshooting, etc. rather than anything else and he drifted more and more towards the topics covered in this book, which combine both analysis and synthesis in providing viable intuitionistic solutions to some of the most challenging metaphysical and metamathematical riddles.