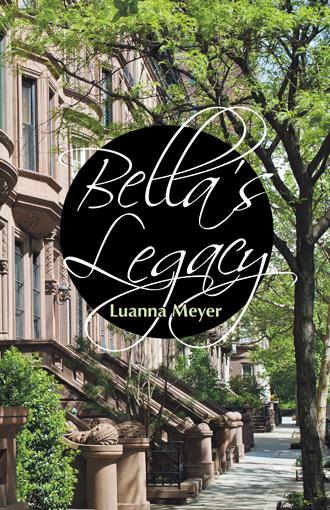 Bella awakens slowly, struggling against the dawn, not wanting the dream to end.  First his body behind her, his presence, then his warm breath on her neck, her thick blue-black curls falling softly against his cheek as she leans her face towards his.  She turns to face him, and he cups his hands over her hip bones where they fit perfectly, the way she loves.  He pulls her close to him as they kiss.  It feels real despite the dawn light beginning to creep over her half-sleep.  This will never happen again, she thinks.   She opens her eyes, surrounded now by the pale light blending into a foggy mist outside the bedroom window. The sky is the grey-gold of her eyes.  For a brief moment, she can still feel his skin touching hers until even that sensation fades.  It is not yet daylight, but the dream is over.

Any other morning, he would be lying beside her, and they would move to lie close to one another for however many minutes they could spare.  But not this morning, this first day after the terrible accident.  Not for all the mornings and days in her future will her husband be beside her again.  She had lain awake for most of the night, trying to block out images of what had happened, finally falling into a troubled sleep.  She didn’t need to see half of the bed was empty.  Instead, Ray lay in the casket in the living room, a cold stranger with no expression, eyes closed, without so much as a few final words.

Who could have expected to die at age 22?

She forced her eyes closed again and dug deep to remember their first kiss.  They had arrived home late, her parents already asleep, and only the entryway ceiling light was illuminated.  She had never kissed on a first date, as she was a nice girl and nice girls simply did not do such things.  Yet she made no effort to turn on another light in the living room as they moved slowly, holding hands, to sit side by side on the sofa.  Regardless of her feelings about marriage, surely there was nothing wrong with enjoying dating and the company of a boyfriend or two.  Indeed, truly liberated women spent time in the company of men—they just did not allow themselves to be trapped in all-consuming relationships, sacrificing their own identity.  And this boy-man, Ray, was handsome, witty, smart, and interesting in so many ways.

Bella had determined she would not subjugate herself to the traditional life of a wife and mother—ever since she saw that photograph in the Detroit Free Press when she was 10.  The caption said the stunning woman in the picture was Inez Milholland, wearing a long flowing white cape, white kid boots, and a crown headdress as she rode astride the most beautiful white stallion imaginable and led the 1913 Women’s Suffrage Procession in Washington.  Following behind were five thousand businesswomen wearing blue, writers in white, artists in pink, and musicians in red—demanding the right to vote for women.  Annabelle—her given name—had never heard of the Suffrage Movement.  She had no idea it would be another seven years before the 19th Amendment passed.

After that picture of Inez, after that wonderful white horse, Annabelle announced to her parents from now on she was to be called Bella.  She was going to be a journalist, and Annabelle was simply not a proper name for a serious woman writer.  Besides, she hated the name Annabelle.  So, henceforth, she would be known as Bella Colquhoun.  Hers was practically the only Scottish surname in a Gladstone populated mostly by Belgian and German immigrants.  She had been practicing being assertive since starting school at age six, helping others with her almost unpronounceable and unspellable last name.   Telling others to “Call me Bella” would be easy.

As a young girl in Michigan, Bella Colquhoun knows she’ll be a writer. It’s not easy for a woman in the 1920s to have a career of her own. She decides to never marry, but Ray promises to support her dreams. No one could have anticipated the railroad accident that would claim his life, teaching Bella things she never wanted to know about investigative journalism.

She moves to New York to attend Columbia University, but she never loses touch with the families back in Michigan, brought together by a nephew given Ray’s name. She eventually researches the family tree and decides to record the interrelated stories of extraordinary women who never quite became who they thought they would be. Across four generations, Bella traces the stories of women confronted by societal challenges as they struggle toward more than ordinary lives.

Bella’s family saga begins with European immigration to the Midwest and moves with the younger generations across 20th century America into the Pacific and even Africa. From women’s suffrage to civil rights, the Titanic to the Great Depression, these women face conflict with spouses and family members related to gender roles, childbearing, politics, and education. Yet, they find the strength to be someone, driven to rise above the challenges of a work-in-progress America.

Luanna Meyer has traveled all over the world. She received her PhD from Indiana University and held faculty positions at several universities in New Zealand and the USA. As a professor of educational psychology, she has published thirteen non-fiction books and been invited to speak in nine countries. She and her husband live in Honolulu, Hawaii. Learn more at http://luannameyer.com.