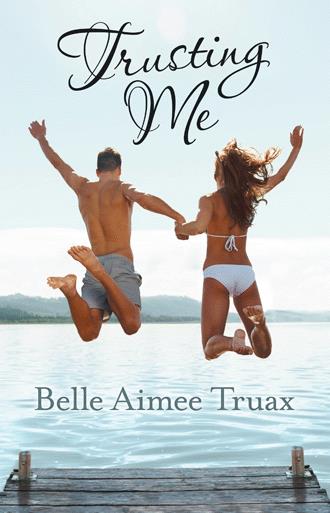 Hitting the wall head first she made a dent in the sheet-rock and broke the frame of their wedding photo sending blood everywhere; making her stumble back a step disoriented, her arms flailing with a scream before she tumbled down the last flight of stairs and lay at the bottom of them motionless. Groaning in pain, she slowly opened her eyes while listening to his heavy footsteps, before feeling his knuckles stroking her bloody cheek when he asked, “Did that hurt? Oh, I’m sorry, Mandi, baby.”

Whimpering softly, she shied away from his touch, and yelped in pain at the movement, with a groan while she held her abdomen; softly crying with her tears mixing with the blood that ran down her face, she slowly met his blood shot gaze and sniveled. He tsk’d with a shake of his head before he took a drink from his new bottle, “Did you hurt yourself again, Mandi?”

Mandi sniffled and croaked through her tears, “Baby.” Todd shook his head and chuckled menacingly, “You really should be more careful, hun” laughing he took another drink, “Go clean yourself up, I want this mess picked up when I get home” he stepped over her quivering body and just left her there in a pool of her own blood.

Henry Lov Stuart is a busy physician who wants to find true love and eventually start a family. Yet the memory of a young woman who once held his heart as a teenager often overshadows the present, leaving him feeling sad, empty, and wondering if he will ever be able to get over her.

Mandi Rivers, who escaped an abusive marriage more than a year ago, is just trying to get through life, one day at a time. Even though her ex-husband is in jail, she is still haunted by the horrific memories of his last abuse on her. When her worried mother makes an appointment for her at Dr. Lov’s clinic, the past collides with the present as the two high school sweethearts cross paths again, creating the possibility for a second chance at love. Now only time will tell if faith, love, and trust have the power to transport them out of their pasts and toward the happily-ever-after they never dreamed possible.

In this moving tale of romance and second chances, two high school sweethearts who reunite after years apart must decide if their love is strong enough to help them reconcile their pasts and move into the future together.

Belle grew up on a farm in a small town with her large family, as the youngest of 6. Belle spent most of her childhood with her nose stuck in a book. Her love of reading and writing started when she was 4 years old and she wrote her first book, The Little Ladybug. When she is not writing, Belle loves to spend time with her family, bake, dance, and read anything she can get her hands on; while her beloved cats and dogs fight for the chance to sit on her lap. Belle resides in South Texas with her family. This is her debut novel.