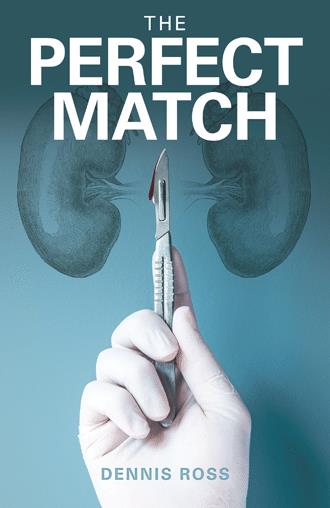 The fiery red dress with glittering sequins matched the Carmen-like demeanor of Rosa Seratino as she sashayed down the aisle toward the center stage.

“Who the hell is that?” exclaimed a tall, fastidiously dressed man in the back.

“Come on you surely know her?” said his friend. “That’s Rosa Seratino, and she’s quite the opera star. Apparently it isn’t always that the Fat Lady sings. She’s a highly acclaimed soprano who sings with Chicago Lyric Opera and the Met. It’s fantastic that she’s agreed to come to the Deaconess Hospital Fund drive.

“Is she here alone?  God, she’s gorgeous. I think that it’s time she meet the doctor.”  Moving toward her, Rosa looked up. Their eyes had met as she had entered the auditorium, and she instinctively anticipated his approach.

Extending his hand to Rosa, he greeted her and said, “We are all looking forward to hearing you sing, I’m one of the physicians on staff here, and we are so grateful that you have agreed to perform tonight to support our hospital.”

Rosa Seratino indifferently sipped her champagne and then noticed someone signaling her from the makeshift stage. “Excuse me, doctor, but I’m working tonight, and it’s showtime.”

Rosa’s red gown swayed gently as she mounted the stage. “I would like to thank you for having me here this evening. We all know what an outstanding job Deaconess Hospital has done caring for our citizen’s medical problems, and I’m honored to be a part of this event. I’d like to start the evening by singing ‘Casta Diva,’ the ultimate soprano aria, from the opera Norma by Bellini. It was sung best by Montserrat Caballé, so I hope that I can give you a taste of how she would have sung this gorgeous piece.”

As she sang, her voice mesmerized the crowd ,but there was one person, the physician who had just greeted her, was charmed like a cobra by a flute. He found himself swaying in seductive rhythm to the music. After finishing her first song, the crowd clapped enthusiastically and yelled out praise but he led shouts of  “Bravo” and “Bravisisma” above the applause.

Rosa gave a sweeping bow and agreed to sing the obligatory encore. Small beads of perspiration appeared on her forehead as she belted out “The Love Music” from Wagner’s Tristan und Isolde.

As Rosa swayed her hips, her admirer imagined he was the recipient of her seductive, graceful movements. He pushed forward to get as close to the platform as possible. At the end of the aria, he clapped until his palms were red. He didn’t want to miss this opportunity to be the first to congratulate her. As she stepped off the platform, he offered her his hand saying, “I feel like I’m Don Jose, being swept away by Carmen. You’ve smitten me with your voice. I’ve never heard anything like it.”

“I’m glad you enjoyed it, doctor. It’s refreshing to see at least someone knows something about opera in this crowd.”

“You remind me of Maria Callas … but of course you are even more lovely than she.”

“You’re skilled at the art of flattery, doctor, and we opera singers as you must know love compliments. But enough talk. My feet are killing me, and I need another drink.”

“I can help you on both counts,” he replied. “Let me take a look at your feet,” he said as Rosa eased herself into an overstuffed chair. Slipping off her shoes, he saw a large blister on her left heel. “Here’s obviously the problem. I wouldn’t be able to put one foot in front of another if I had a blister like this. I guess women just get used to putting their feet in these amazingly skinny shoes. I’ve got some bandages in my room, and I can tape this up for you. Why don’t you just take your shoes off and follow me.”

The key turned easily to his tenth floor suite. “Would you like some bourbon?  It’s a great painkiller,” he said. “You’ll have to take off those pantyhose for me to dress this heel properly. I’ll go get some ointment.”

The bourbon burned as she sipped the entire glass and began to remove her pantyhose. He felt his pants bulge as she slid the pantyhose down her legs. The antibiotic ointment applied easily, and he found that he couldn’t resist letting his hand go inappropriately further up her leg. Much to his surprise, Rosa allowed her legs to spread apart and didn’t resist. As he looked up at her, his eyes met hers and he sensed that she’d done this before.

“Well, that’s the third thing I can help you with, Rosa. I’m divorced, and I know how it feels to be lonely,” he said as he rose from his kneeling position. Beads of perspiration appeared on his forehead as the passion of the moment was insurmountable. “I don’t think you should be walking at all,” he said as he deftly carried her into his bedroom. The next half an hour passed quickly, when abruptly, Rosa got out of bed and began redressing herself.

“What’s the matter, Rosa? Did I do something wrong? Spend the night with me!”

“Are you crazy?  I’m married, and I just wasn’t thinking clearly.”

“Are you afraid of your husband?”

He paused, puzzled by the comment. “Well, can I call you sometime?”

“Look I don’t know your name, and I don’t want to know your name. This never occurred. Understand?  Never even happened. If you know what’s best for you —.best for both of us — never call me.”

Before Rosa entered the hallway, she looked both ways, assuring the path was clear. She was angry at herself for not insisting that he wear a condom. Putting back on her once-troublesome heels, she strode freely down the corridor without any hint of a limp.

“Damn fool,” she thought. “No one controls a diva.” 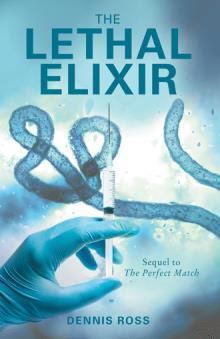 Nick Seratino is a vibrant, handsome young man starting college when he receives a terrible diagnosis. He has end stage renal disease, requiring dialysis and ultimately a new kidney, and is placed on a transplant waiting list.

Emilio Seratino is not willing to watch his son waste away. There are “many options” for a new kidney, and Emilio plans to utilize them all. When patients ahead of Nick on the waiting list start mysteriously dying, the authorities are called in to investigate. Meanwhile, Nick’s condition digs up family secrets better left buried.

Much as John Grisham educates readers about legal topics, Dr. Dennis Ross showcases his medical knowledge in The Perfect Match, teaching readers about kidney failure with many a thrilling twist and turn up to the final bloody crescendo.

Dennis Ross is a highly respected nephrologist who has been in private practice for forty years in Wichita, Kansas. He has served on scientific boards, is a clinical professor with the University of Kansas, and has published extensively in scientific journals. He and his wife have received several awards for their philanthropy supporting their church and the arts.