Rolling Forth with Faith

In Spite of Spina Bifida

by Michael A. Price 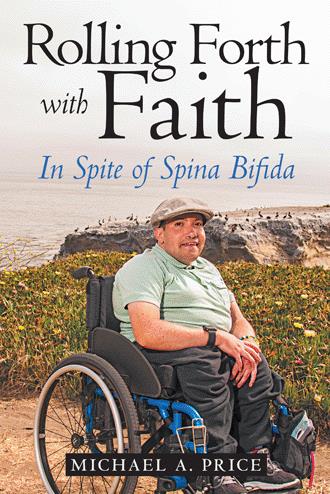 Our excitement for Evan’s increased stamina was bolstered by an incredible increase in his appetite. As a young child, he had a poor appetite. He only weighed forty-six pounds on his thirteenth birthday. In a complete reversal of his appetite problem, Evan began eating like a normal teenager.

This excitement was tempered by a harsh reality. Evan's kidneys were still not working well. The renal tubular acidosis (RTA) was not his only problem. From time to time, his urine would appear milky and smell very strong. These observations are the layman's method of diagnosing another urinary tract infection. The doctor would call for a urine sample to be sent to a lab. The lab would always confirm an infection, and the doctor would feel forced to prescribe an antibiotic. Because of this recurring problem, his urine was sampled on a more frequent and routine basis. Several times, urinary tract infections were detected, even when Evan showed no symptoms.

Using a renal ultrasound, a radiologist detected an increase in nephrocalcinosis. This condition is a buildup of calcium deposits within the kidney. Evan was first diagnosed with this condition when he was eight years old. One cause of nephrocalcinosis is the medication that Evan took prior to his seizure episode. Since changing his medicine, the calcium deposits no longer grew. At the time, their presence became a small issue, because the kidneys can still function with a small of amount of these calcium deposits.

Renal tubular acidosis can also cause nephrocalcinosis. There is usually no way to reverse this condition. A possible outcome is chronic renal failure.

We had unpleasant questions for the nephrologists. Why are the kidneys getting worse now? Is he a candidate for a kidney transplant? Are we only putting off the inevitable?

The answers didn't help at all. "No one knows why his kidneys are so bad. No, he is not, nor ever will be, a candidate for a transplant. He has far too many health issues. But we will follow Evan's condition through blood tests and renal ultrasounds."

For a while, it appeared his RTA may have been diminishing, since less medicine was required to control his potassium. Then another dragon reared its ugly head. Evan developed kidney stones, which would suggest still another problem. A renal ultrasound examination revealed one possible explanation, a condition called hydronephrosis.

Hydronephrosis is literally "water inside the kidney." It is caused by some obstruction that prevents urine from leaving the kidney. Blocking the flow of urine will commonly result in urinary tract infections, which can lead to the development of additional stones, fever, and blood or pus in the urine. If complete obstruction occurs, kidney failure may follow.

This threat to his life was supposed to have been eliminated by the bladder surgery when he was eighteen months old. But if the obstruction was internal to the kidney, hydronephrosis was a critical threat again.

The only thing we could do for Evan was to monitor his condition closely with blood tests and renal ultrasounds. The thought of losing Evan after the extended agony of the spinal fusion operation was gut-wrenching. Meanwhile, we had to let Evan lead as normal a life as possible--and pray for a miracle.

When Cindy Price and her husband, Michael, were pregnant with their sixth child, early tests indicated the unborn baby boy had a crippling birth defect, spina bifida. The medical profession recommended abortion, but the Price family, through prayer, chose birth and life.

In Rolling Forth with Faith, Michael Price shares the family's account of successfully raising their special needs child, Evan Neil, into adulthood. It narrates a tale of deep despair and ultimate triumphs, a testimony of uplifting guidance from the Lord, and a celebration of their son's accomplishments and good humor. Price narrates how he and Cindy relied on their friends in the church, their community, and their family to navigate the challenges.

The story of one family's journey of faith, Rolling Forth with Faith tells of Evan's growth, his strength, his humor, and the new normal it brought to his family. It shows how he continues to be a quiet example to all who know, admire, and love him.

Michael A. Price is a retired nuclear power plant operator. He is a husband, a father of six children, and grandpa to thirteen grandchildren. He is a freelance writer, mainly writing humorous short stories. Price is active in the Church of Jesus Christ of Latter-day Saints and is a community volunteer.