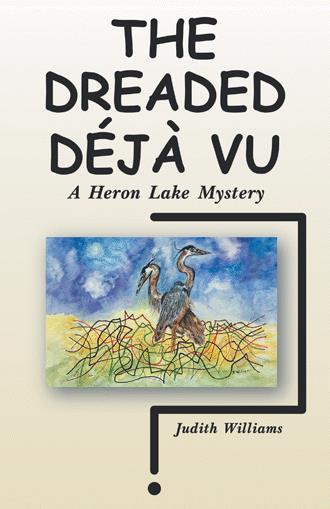 Racing west on Beacon Street, David activated his strobe but kept the siren silent except near intersections. If any of the gang members were locals familiar with the area, he figured the group was probably heading for the Keating County Forest Preserve, a place where the deepening darkness would not be his friend.

Operating partly on instinct, David turned into the forest preserve and parked the squad car just inside the entrance, leaving his key in the ignition, lights on and engine running. It would be almost a mile's walk to the clearing, but he needed the element of surprise to at least start out in control of the situation. A cacophony of voices told him that he had guessed correctly.

David circled the edge of the clearing using the old oak forest as cover. A carpet of dry leaves betrayed his advance, but the gang members were making too much noise of their own to take notice. Katelyn Davis appeared terrified but unhurt as she was shoved from one member to the next. They were obviously still toying with their victim before getting down to serious business. David drew his weapon and moved in closer until everyone was within range. Then, after taking several deep breaths, he stepped into the clearing.

"Katelyn, come here!" he commanded in a voice loud enough to override their racket. "Anyone else who moves will be shot."

As David had hoped, the startled gang member currently holding Katelyn momentarily loosened his grip. She dutifully pulled away and approached David at a run. He remained focused on the gang. He knew the situation was volatile.

"Not a problem. My squad car is just inside the entrance to the forest preserve. It's an automatic shift. The lights are on and the engine is running. Drive as fast as you safely can to the Heron Lake Police Station. Honk the horn until an officer comes out. Don't try to drive home. Someone may be following you. Now get going, run!"

With his gun trained on the group, David counted heads and then motorcycles. To his alarm, the two figures didn't jibe. One extra motorcycle. Feeling that ominous, prickly sensation, he started to check behind him just as someone jammed the barrel of a gun into the back of his head. 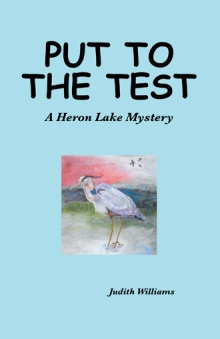 Finally home after weeks in the hospital following a near-fatal shooting, Officer David Kennison faces the dispiriting prospect of a long recovery period. However, rapidly unfolding crises draw him back to active duty prematurely—and place him into constant conflict with his frightened wife.

First the Heron Lake Police Force is reduced to a dangerous low when a virulent flu epidemic cripples the town. During this time, a request from a local high school teacher brings David to the station in an unofficial capacity. While there, he overhears the dispatcher take a dangerous emergency call and soon learns that he’s the only officer available to respond.

Then David receives a visit from Sheralyn Ames, a psychic artist whose sketches forewarn of imminent, life-threatening situations. When Sheralyn takes out her drawing pad, it’s a déjà vu that fills David with dread, a dread that quickly turns to panic as he recognizes the depicted victim—the boy who recently saved his life.