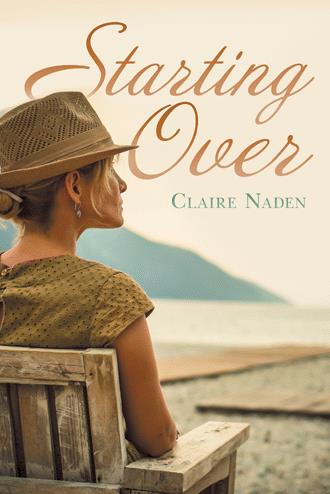 Jack continued to walk our condominium even though he’d been dead for several weeks. My psychologist told me to tell him to go away whenever I had visions of him flitting down the hallway. Easier said than done.
I recalled those days before he passed away. It was all I could do to tolerate the memory of the mental and emotional abuse he’d inflicted on me. To make matters worse, after he passed away, his psychiatrist divulged that my husband had been bipolar. This revelation was intended to make it easier for me to accept and understand his unpredictable outbursts and mood swings but didn’t rationalize his foolish mistakes. I realized our marriage was over some time ago what with his lies and deceit; all I’d ever asked of him in the fifteen years of marriage was, to be honest, and loyal. But to lie about a $250,000 income tax debt was something I could not forgive. It nearly cost us our home – our sanctuary.
Jack’s death hadn’t been unexpected. When I recovered from the shock of his passing and the funeral, I reflected on how we met and what my life would have been if we hadn’t gotten together. Be careful what you wish for had become my mantra. As a divorced woman, I hoped for a secure, honest man, someone who would love me and share his life with me into our old age. Then I met Jack and got that and a lot more, including heartbreak and despair.
As I tended to my geraniums on my balcony, I recalled coming off a couple of heartbreaking, failed relationships. My first one was a summer romance. He was headed to the Marine Corp, and I was working, fresh out of high school. Sadly, it was short-lived but oh how I fell for him. Trouble was his parents had grandiose plans for him that did not include me. Shortly after that breakup, I married Richard. This union lasted short of twenty years and was fraught with non-communication and indifference, much of it to do with my daughter, Brooke. Then there was Michael, a boyfriend of eight years, who reneged on a promise he made to me even after I had accepted a creamy job offer as a paralegal at a prestigious San Francisco law firm. Promises broken, I felt a stabbing pain across my chest recalling how I felt humiliated and heartbroken when I notified the firm I was withdrawing my acceptance of the job offer. I kept asking him, “Are you sure you want me to make a move, and will you be moving in with me?”
His answer was always the same, “Sure, why wouldn’t I?”
Hell hath no fury like a woman scorned. I allowed the anger and disappointment to take over and, impulsively, I called his ex-wife whom he had reconciled with due to pressure from their spoiled and petulant teenage daughter. All he could say was, “Why did you have to do that?”
“Simple, I’m not the only one to suffer and be hurt; you are not coming out of this unscathed.” Perhaps, it was to teach him a lesson. Sadly, I still loved him with all my heart.
Hard as I tried, seeking out new friends and meeting single men, I still yearned for Michael until I met Daniel at a singles function. He swept me off my feet in one fell swoop. In retrospect, I realized that meeting him only six weeks from the break with Michael hadn’t been a good idea. If only I had kept it as mere friendship. In hindsight, it could very well have been a rebound romance. But there was a strong attraction, and the sexual pull was too great to ignore. I fell hard and totally in love with him. But he also lied. Assuring me that he and his wife were divorced, he left out one tiny detail. They had remarried and were newly separated for the second time. He fell to the pressure exerted by their children, adult men, who could not mind their own business.
A double whammy! Admittedly, I was only going to date for the fun of it and not take anyone at their word. My motto became ‘Loves music, loves to dance’. Weaning off men was easier said than done. All the heartbreak from the two breakups had thrown me to seek the services of a psychologist whose words I should have heeded. “Men speak in headlines. Pay attention to what they don’t say.”
Fast forward through the summer and following Labor Day, I decided to place a singles ad in the local paper. It only took a couple of days, and I had a response from a man who owned a condominium. Jack urged me to accept a dinner invitation, and the wooing began in earnest. The following year we were married in a lovely Jewish ceremony, and the fun began. We had one good year, and then his health took a nosedive. Hip replacement surgeries, a liver transplant, and pulmonary problems took him down bit by bit. Not a strong man, he succumbed to his myriad health problems.
Now, after all the family and friends have gone home following the funeral, all I’m left with are the memories and the nagging question, Where do I go from here? 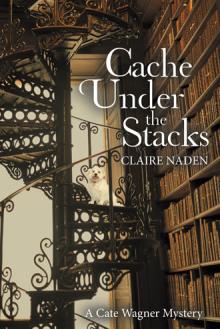 Cache Under the Stacks
Claire Naden
$18.99

Following several failed relationships and a disastrous fifteen-year marriage, Maggie Langham finds herself widowed. After the funeral, all she has left are memories and a nagging question: Where should she go from here?

With nothing tying her down, Maggie decides to start over—sans men. She puts her condo on the market with the help of Judy Cole, a realtor friend, and she moves to the island of Kauai, where she plans to purchase a bed-and-breakfast. While viewing properties, she meets the manager of the hotel where she’s staying. Paul Sinclair, a dashing Scotsman, is smitten with Maggie, but she keeps him at arm’s length. It seems Judy knew Paul once, and Maggie suspects she has been set up. As she begins to build her new life in Hawaii, Maggie encounters a former lover who—along with an unexpected visit from her daughter, Brooke—complicates the process. Events from the past intrude on Maggie’s newfound peace, forcing her to make decisions that will impact her future.

In this novel, a newly widowed woman relocates to Hawaii to start her life over, encountering past love and new romance along the way.

Claire Naden enjoyed a career as a paralegal before turning her attention to writing full-time. She holds a bachelor’s degree in English and master’s degrees in history and library and information science. Her first novel, Cache Under the Stacks: A Cate Wagner Mystery, was published in June 2018. She lives with her husband, David, and their two dogs in Pasadena, California. Visit her online at clairenaden.wordpress.com.